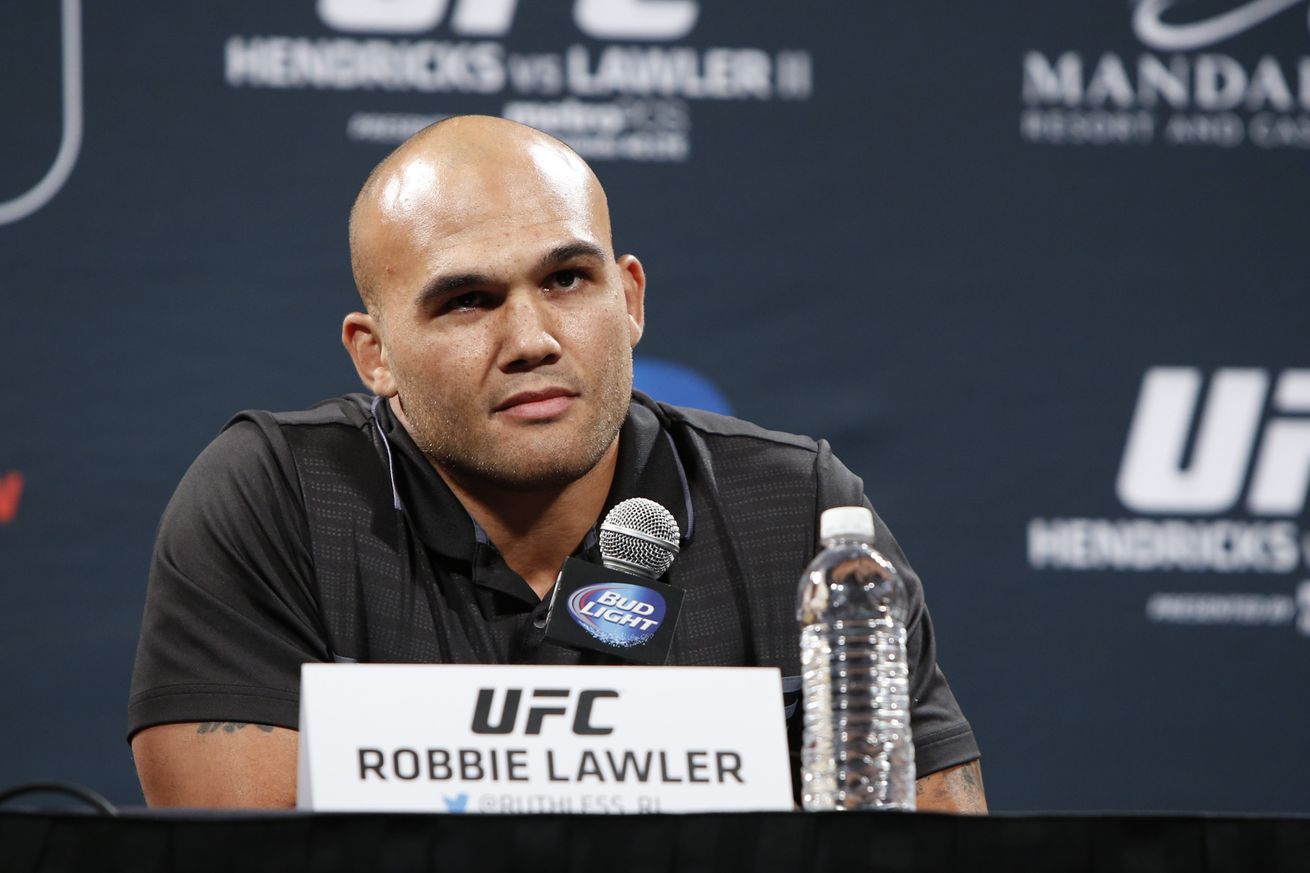 For full vs. “Lawler vs. Woodley” event details click here.

It will mark Robbie’s third title defense since winning the strap in 2014; while the championship fight marks Woodley’s first-ever attempt to win UFC gold.

In the co-main event of the evening, Rose Namajunas takes Karolina Kowalkiewicz in women’s strawweight action while Matt Brown and Jake Ellenberger go to war in a crucial 170-pound fight.

Before “Ruthless,” “The Chosen One,” and the rest of the participants take care of business inside the Octagon, they had to hold court with journalists during media day.

Here are the top 5 moments courtesy of UFC.com:

5. Justin Scoggins reveals he had to find the balls to tell his dad he wouldn’t be cutting his hair anymore.

4. Francisco Rivera on how fighting fellow Latino Erik Perez will be an exciting war.

3. Matt Brown is the last of a dying breed who puts in work unlike the up-and-coming entitled fighters.

2. Tyron Woodley on why he just so happens to be the best in the world.

1. Robbie Lawler On dictating pace of the fight and always looking for the knockout.

To get up-to-speed with the latest UFC 201 lineup click here.