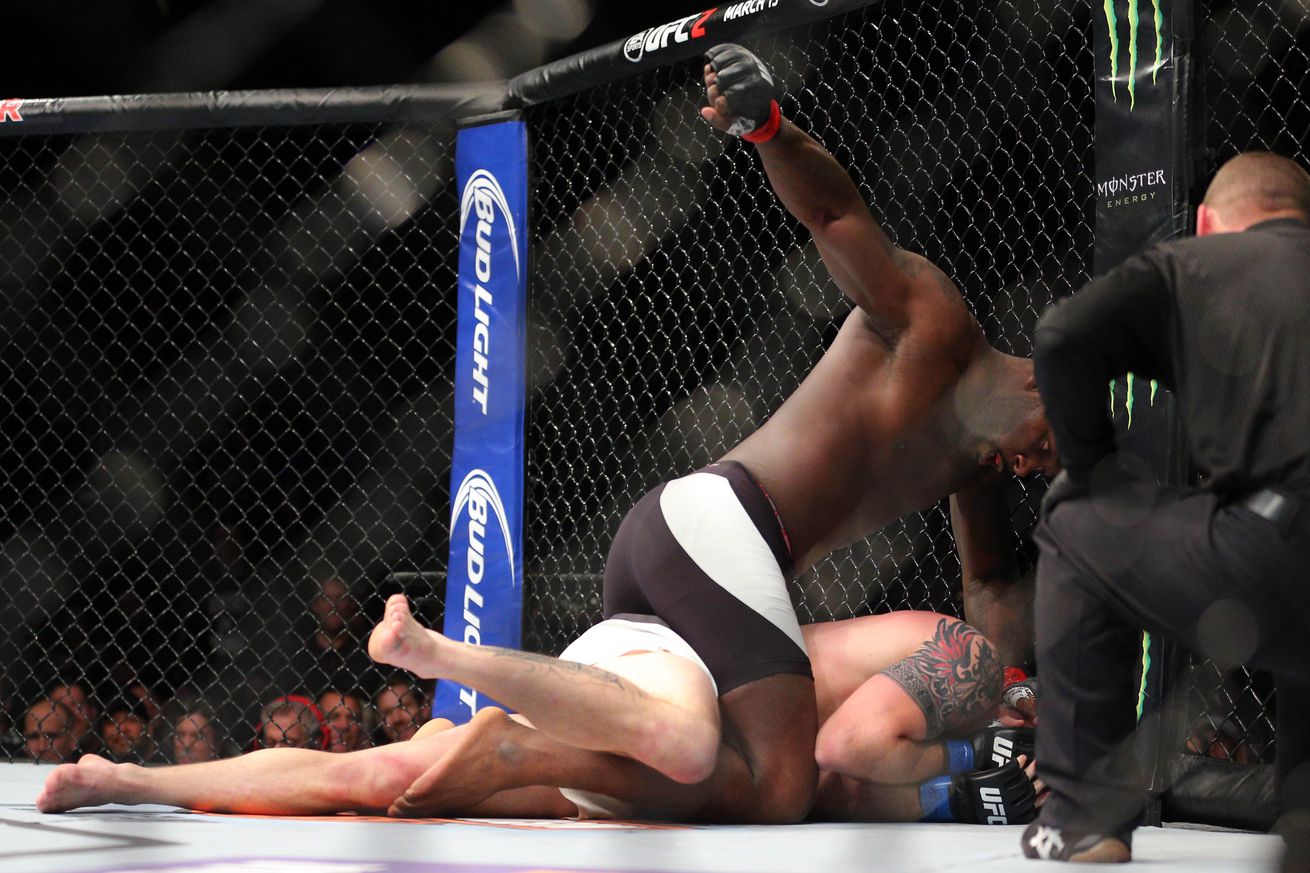 Anthony Johnson and Glover Teixeira will collide this Saturday (Aug. 20, 2016) at UFC 202 inside T-Mobile Arena in Las Vegas, Nevada. In a match up of heavy hitters, what adjustments must be made for either man to claim victory? Find out below!

If we’re being honest, “Rumble” has been fairly terrifying since moving up to 205 pounds. He’s explosive and absurdly dangerous, having battered each of his recent foes from pillar-to-post since returning to the Octagon.

Aside from Daniel Cormier, that is.

To his credit, it’s not like Teixeira has been playing patty cake, either. The Brazilian bruiser has been putting in some violent work of his own, resulting in a trio of victories and a return to the Top 5.

Let’s take a look at the keys to victory both athletes:

Anthony Johnson
Record: 21-5
Key Wins: Alexander Gustafsson (UFC on FOX 14), Ryan Bader (UFC on FOX 18), Phil Davis (UFC 172), Andrei Arlovski (WSOF 2)
Key Losses: Daniel Cormier (UFC 187), Vitor Belfort (UFC 142)
Keys to Victory: Johnson is a freight train. He’s an insanely talented athlete, one of the hardest punchers to ever compete inside the Octagon. Now that he’s so incredibly difficult to take down, most of Johnson’s opponents are stuck trading with him, which rarely ends well.

Or, they can opt to take the Ryan Bader route by giving up top position with a shitty shot and getting pounded out quickly.

In this match, Johnson should take advantage of his size and speed. He’s the longer fighter — functionally as well as physically — and should make Teixeira come to him. If he’s moving and kicking well on the outside, Teixiera won’t be ….View full article