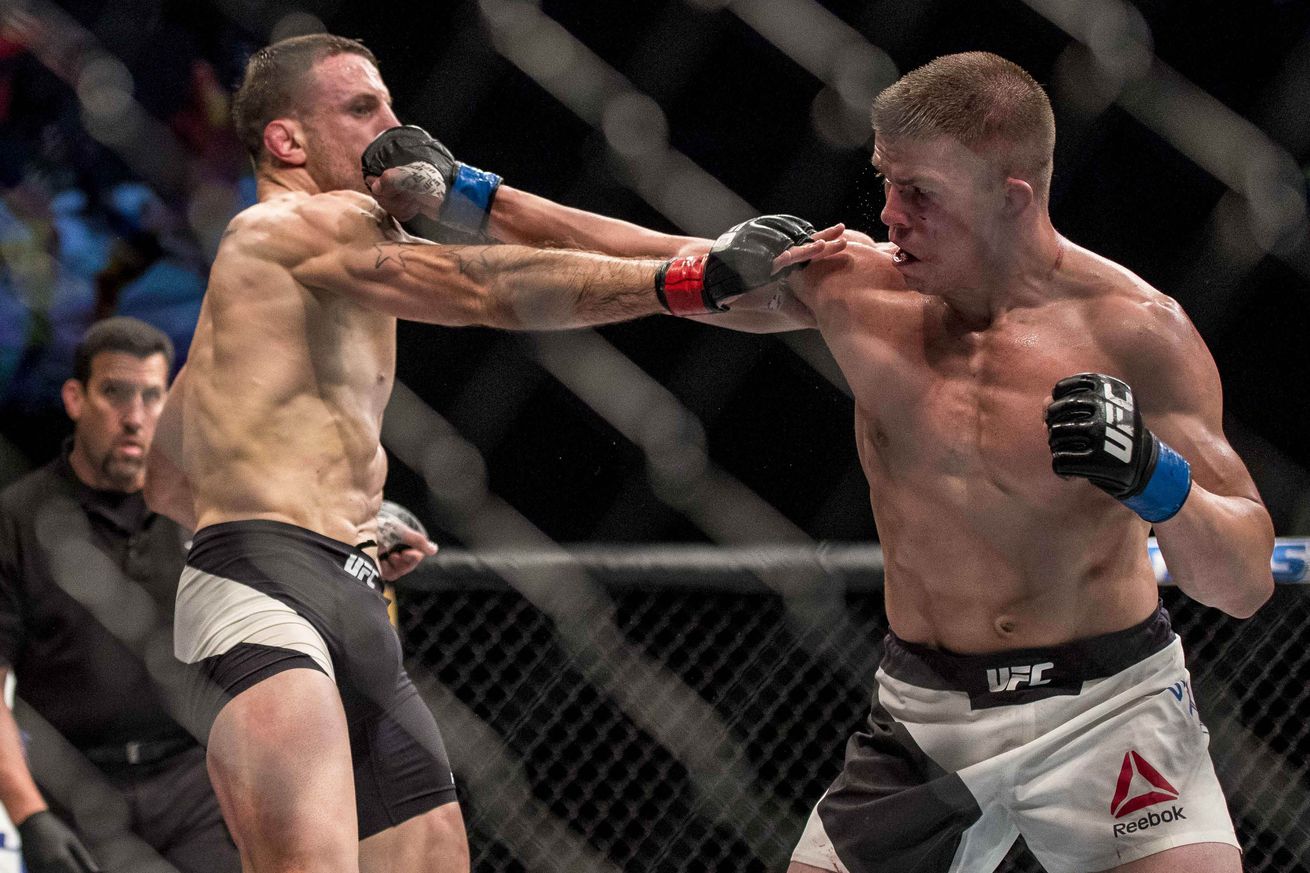 Rick Story and Donald Cerrone will face off this Saturday (Aug. 20, 2016) at UFC 202 inside T-Mobile Arena in Las Vegas, Nevada. In a considerable clash of styles, what adjustments must be made for either man to claim victory? Find out below!

In the last three years, Story has only lost two fights, a pair of very debatable split decision losses. While he could easily be on a seven-fight win streak, Story has officially won his last three in strong performances, earning himself a position back inside the Top 10. Meanwhile, Cerrone genuinely looks better than ever since making the jump to 170 pounds. “Cowboy” finished his last two opponents in slick fashion, and he’s looking to make it three straight here.

That strategy has worked to great success against quite a few distance kickers in the past, and Story is looking to add Cerrone’s name to that list.

Opposite “Cowboy,” Story needs to be wary of a couple things. Pressuring Cerrone has long been the established path to victory, but the kickboxer has added a couple tools to make that strategy difficult.