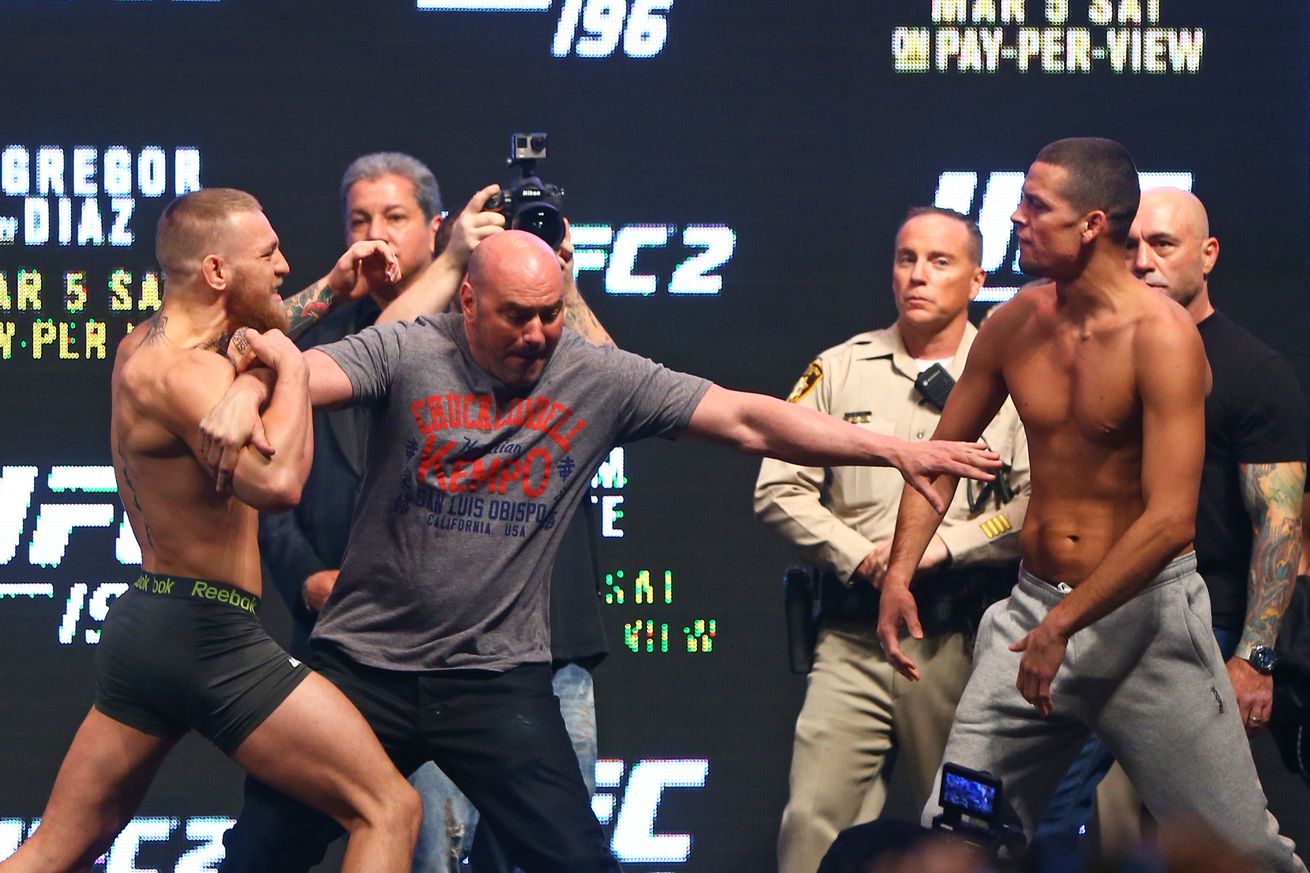 In a mere eight days, Nate Diaz will attempt to defeat Ultimate Fighting Championship (UFC) Featherweight champion Conor McGregor for the second time in five months in a much-anticipated Welterweight rematch, which is set to go down at UFC 202 on Aug., 20, 2016, inside T-Mobile Arena in Las Vegas, Nevada.

For McGregor, it’s a chance to get one back and keep his trash-talking train from getting completely derailed.

While there may have been some mutual respect shown from both combatants shortly after their first bout at UFC 196, there is still plenty of tension between the two men, as evidenced by the sneak peek of the upcoming “Bad Blood” preview show, which airs on FOX Sports 1 this weekend.

Nate Diaz’s defeat of Conor McGregor at UFC 196 put a dent in The Notorious One’s invincible image and set off a rivalry that has gone beyond the Octagon. Now Diaz, famously not surprised by his victory, is out to prove that it wasn’t a fluke. And after suffering his first loss in the UFC, McGregor is laser-focused like never before. Take a look behind-the-scenes at the long and winding road to their heated rematch on August 20th. As one of the most anticipated fights of the year draws near, the only thing between these two warriors is a whole lot of Bad Blood.

Prior to serving up the main dish, UFC 202 will also feature plenty of appetizing match ups, as Glover Teixeira and Anthony Johnson face off in a Light Heavyweight bout for a chance to take on division champion Daniel Cormier. Meanwhile, Donald Cerrone looks to continue his assault on the 170-pound division when he faces Rick Story in search of his third straight win in his new ….View full article