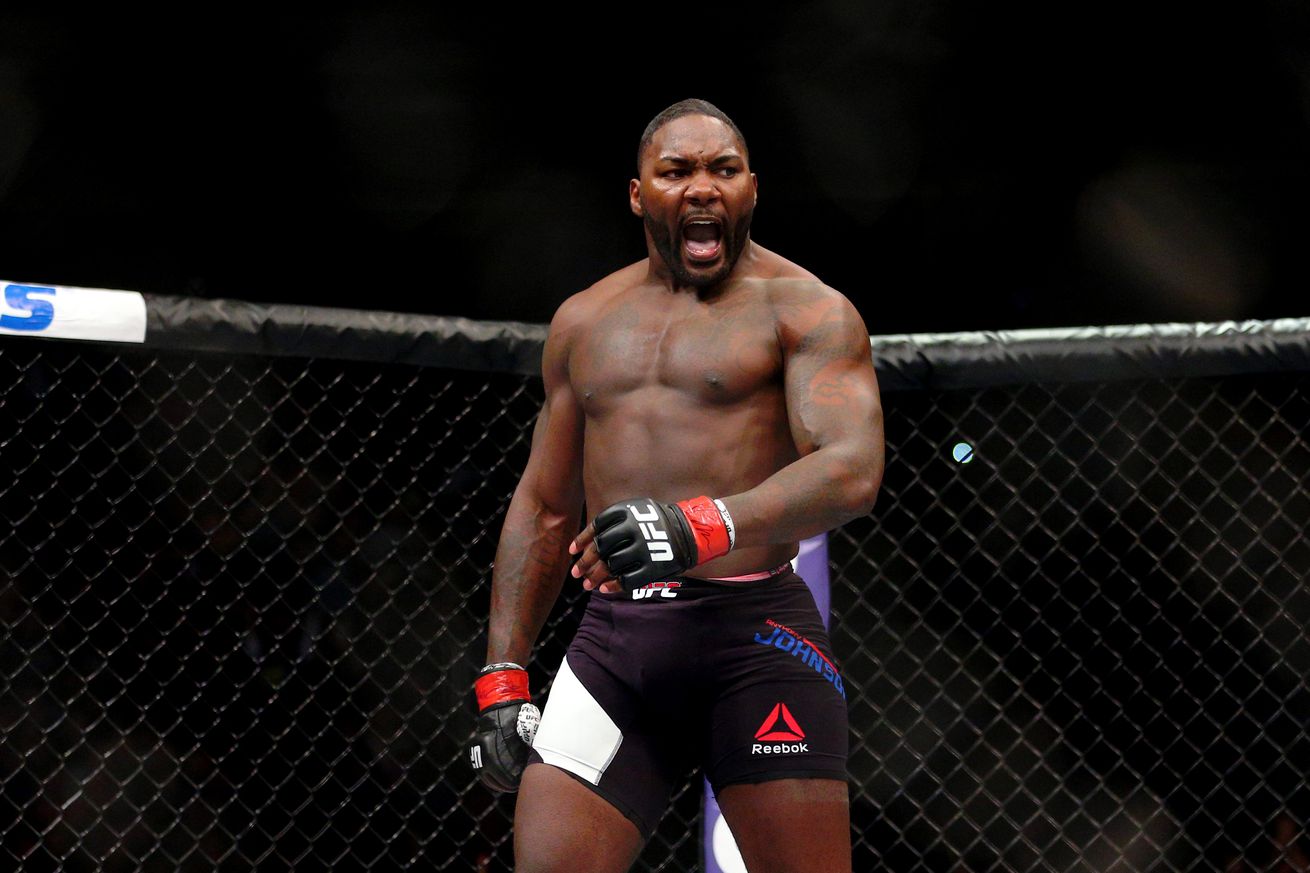 Ultimate Fighting Championship (UFC) Light Heavyweight contenders Anthony Johnson and Glover Teixeira collided last night (Aug. 20, 2016) at UFC 202 inside T-Mobile Arena in Las Vegas, Nevada. Johnson has been absolutely fearsome inside the Octagon since moving up to 205 pounds. By knocking out Teixeira, “Rumble” was looking to secure his second title shot. Similarly, Teixeira entered this bout on a pretty strong string of finishes. Undeterred by Johnson’s tremendous punching power, Teixeira stepped into the Octagon intent on breaking his opponent down.

Teixeira, as expected, opened the bout by walking towards his foe, slipping and feinting with punches. However, none of that mattered when Johnson stopped his foe’s forward movement with a monstrous uppercut. It put Texeira — who hasn’t been finished in over a decade — completely out cold.

What is there to say really?

“Rumble” is truly terrifying. The man hits with enough force to stop most Heavyweights, but he can comfortably make the 205-pound limit. Most of his peers would be wise to avoid him, as there’s little solution to an athletic fighter who can end the fight with a single blow at any time. Best of luck to Daniel Cormier in the rematch, and Jon Jones probably owes USADA a thank you note for getting a few lawyers between him and Johnson.

For Teixeira, this is obviously the worst result possible. In order to win the fight, he had to pressure his opponent. However, pressuring his opponent also has the unenviable result of having to trade punches with Anthony Johnson, and that didn’t work out for Teixeira.

That’s a problem many other fights have and will try to deal with opposite “Rumble.”