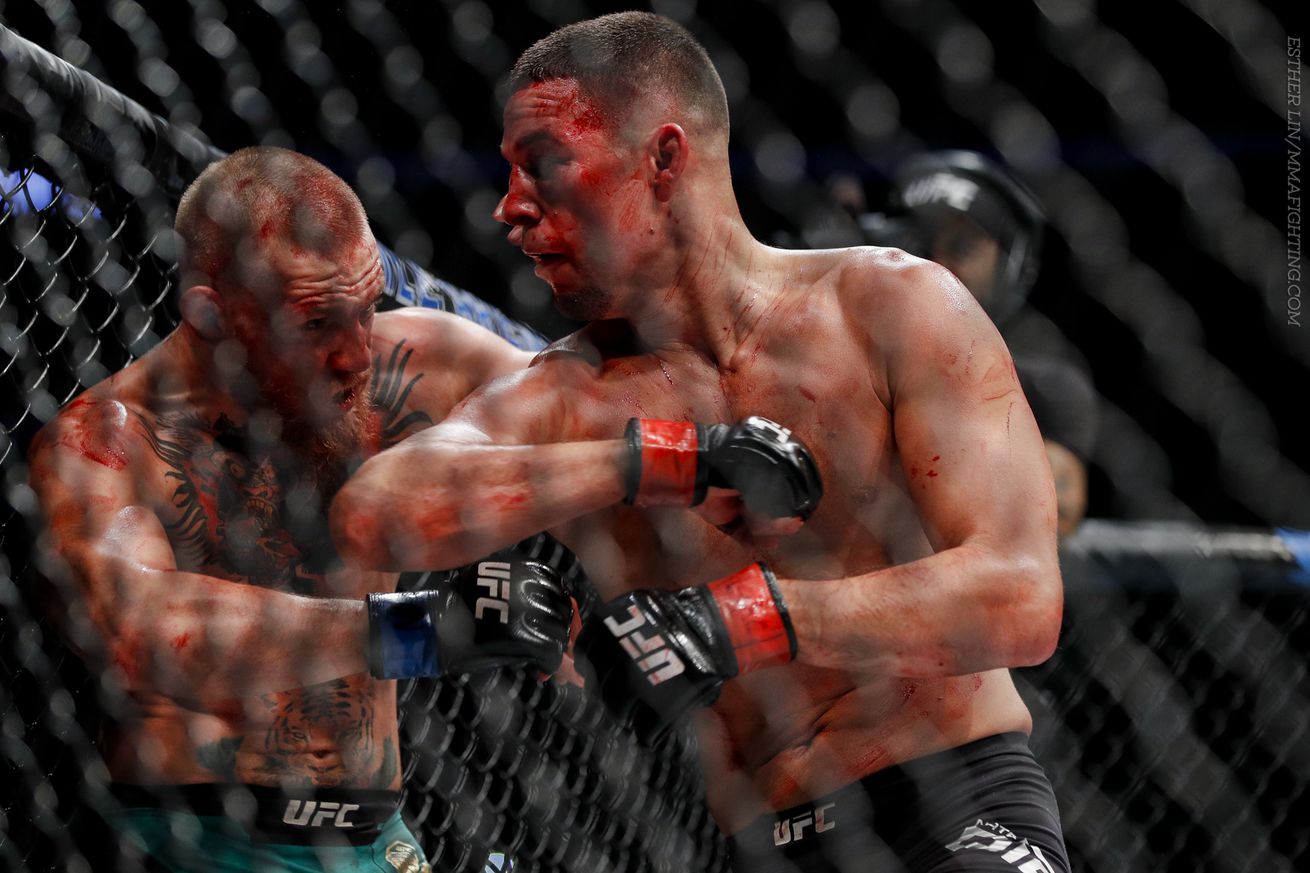 Conor McGregor and Nate Diaz continue to break records. The two welterweight rivals became the first pair of headliners in UFC history to both cash seven-figure purses on Saturday, with McGregor earning a UFC record $3 million purse and Diaz a $2 million purse for their much-anticipated rematch at UFC 202, according to figures released to MMA Fighting by the Nevada Athletic Commission.

In an all-time classic fight, McGregor avenged his UFC 196 loss to Diaz by defeating the veteran Diaz via grueling majority decision, setting up a rubber match that has the potential to be the biggest fight in the organization’s history.

Headliners aside, only two other fighters on the card hit the six-figure mark in earnings. Light heavyweight slugger Anthony Johnson scored $270,000 for his 13-second victory over Glover Teixeira, while newly christened free agent Donald Cerrone earned $170,000 for his welterweight win over Rick Story.

In addition to their commission-reported salaries, McGregor, Diaz, Cerrone and Johnson also took home $50,000 fight night bonuses for their performances.

A complete list of the UFC 202 salaries can be seen below. As always, these figures do not represent a fighter’s total earnings, as certain sponsorship incomes, pay-per-view bonuses, or discretionary post-fight bonuses are not publicly disclosed.