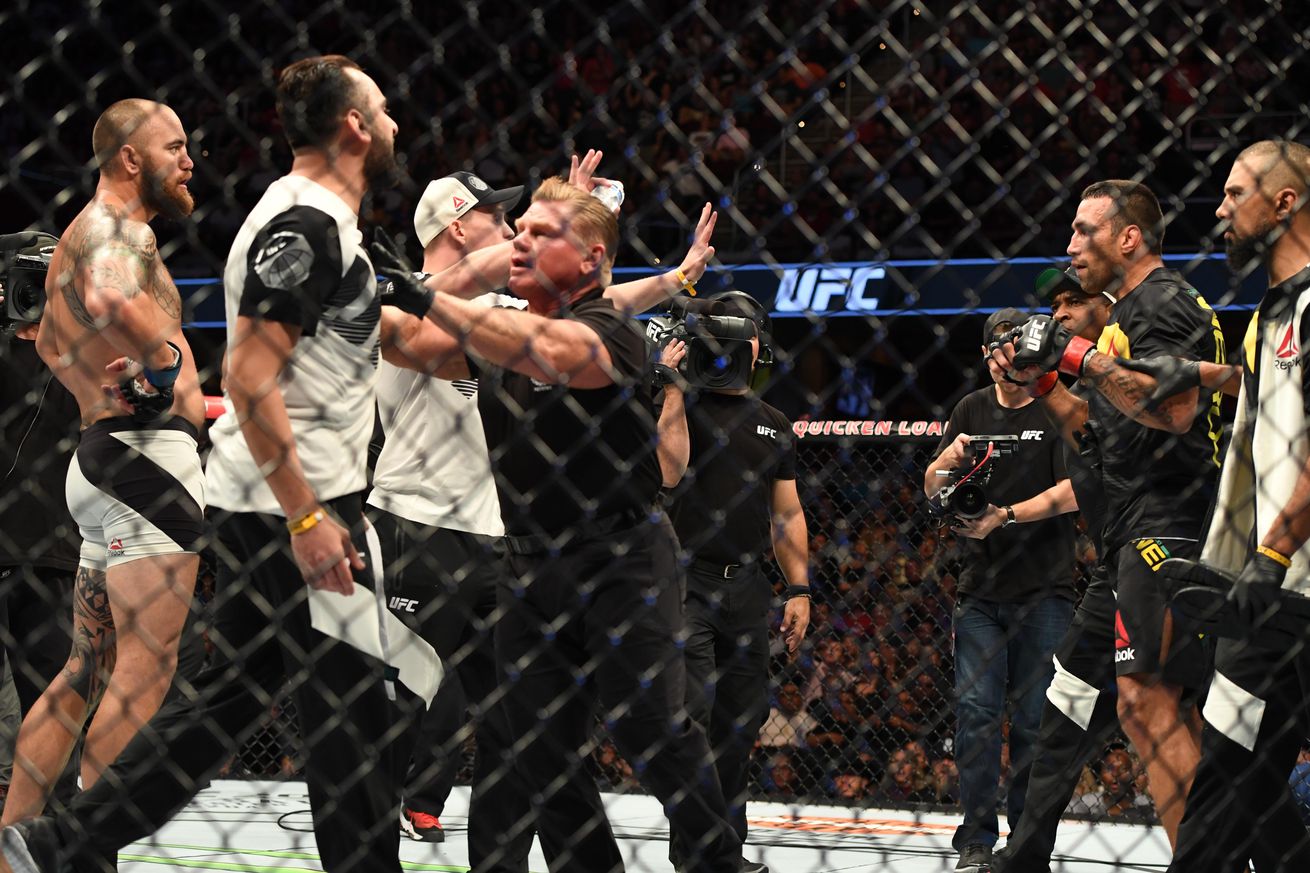 Ultimate Fighting Championship (UFC) had one of its wackiest fight cards of the year when the UFC 203: “Miocic vs. Overeem” pay-per-view (PPV) event lit up Quicken Loans Arena in Cleveland, Ohio, back on Sept. 10, 2016.

Which was enough to draw the ire from the state athletic commission.

“I shook hands with them and said, ‘This is (expletive) guy, this is TV,” Ohio Athletic Commission Executive Director Bernie Profato told MMA Junkie. “I’ve got your names– if I think something’s going wrong in the future, you will not be able to work the corner. If I hear of any actions against you, I won’t license you.”

Being a corner matters.

Werdum — who was expected to fight Ben Rothwell prior to a “Big” injury — went all three rounds with “Hapa” in “The Buckeye State” (highlights). The Brazilian captured an ugly unanimous decision victory, one that was met with a chorus of boos from the fans in attendance.