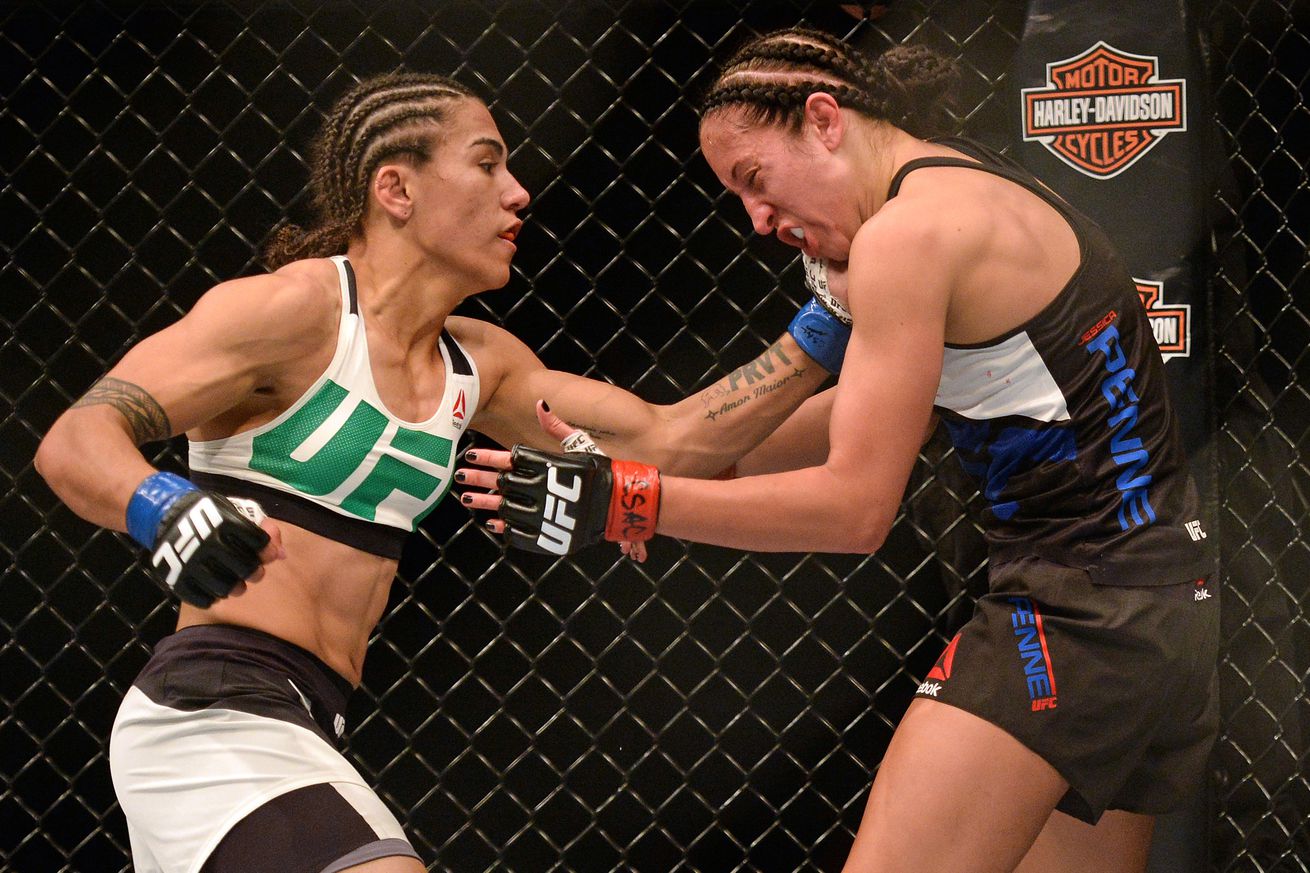 Ultimate Fighting Championship (UFC) Strawweight strikers Jessica Andrade and Joanna Calderwood will brawl this Saturday (Sept. 10, 2016) at UFC 203 inside Quicken Loans Arena in Cleveland, Ohio. In a match up of slick strikers, what adjustments must be made for either woman to claim victory? Let’s break it down.

Andrade made a name for herself at Bantamweight, clobbering her opponents with power punches and aggression despite being undersized. However, she ran into a wall recently, dropping two of three fights via decision, and made the decision to relocate to Strawweight.

She made a strong 115-pound impression, battering a former title contender in short fashion.

Calderwood has also struggled a bit too find a home in the UFC. She failed to really impress in her first three UFC bouts, but Calderwood looked fantastic in her sole match up at Flyweight. Nonetheless, she’s heading back down to Strawweight.

In this bout, Andrade’s aggression should serve her well. Calderwood is a patient and technical fighter who does her best when allowed to find her range, and Andrade is built to disrupt her. Since Calderwood has proven tough to put away, it’s important that Andrade stays smart and paces herself. She’s yet to fight more than three minutes as a Strawweight, which means her gas tank is definitely in question.

Therefore, Andrade should look to punish her opponent’s body early and often. By ….View full article