Home MMA News UFC 203: Mickey Gall wants to be welterweight champion, not be known as ‘the CM Punk guy’
ShareTweet 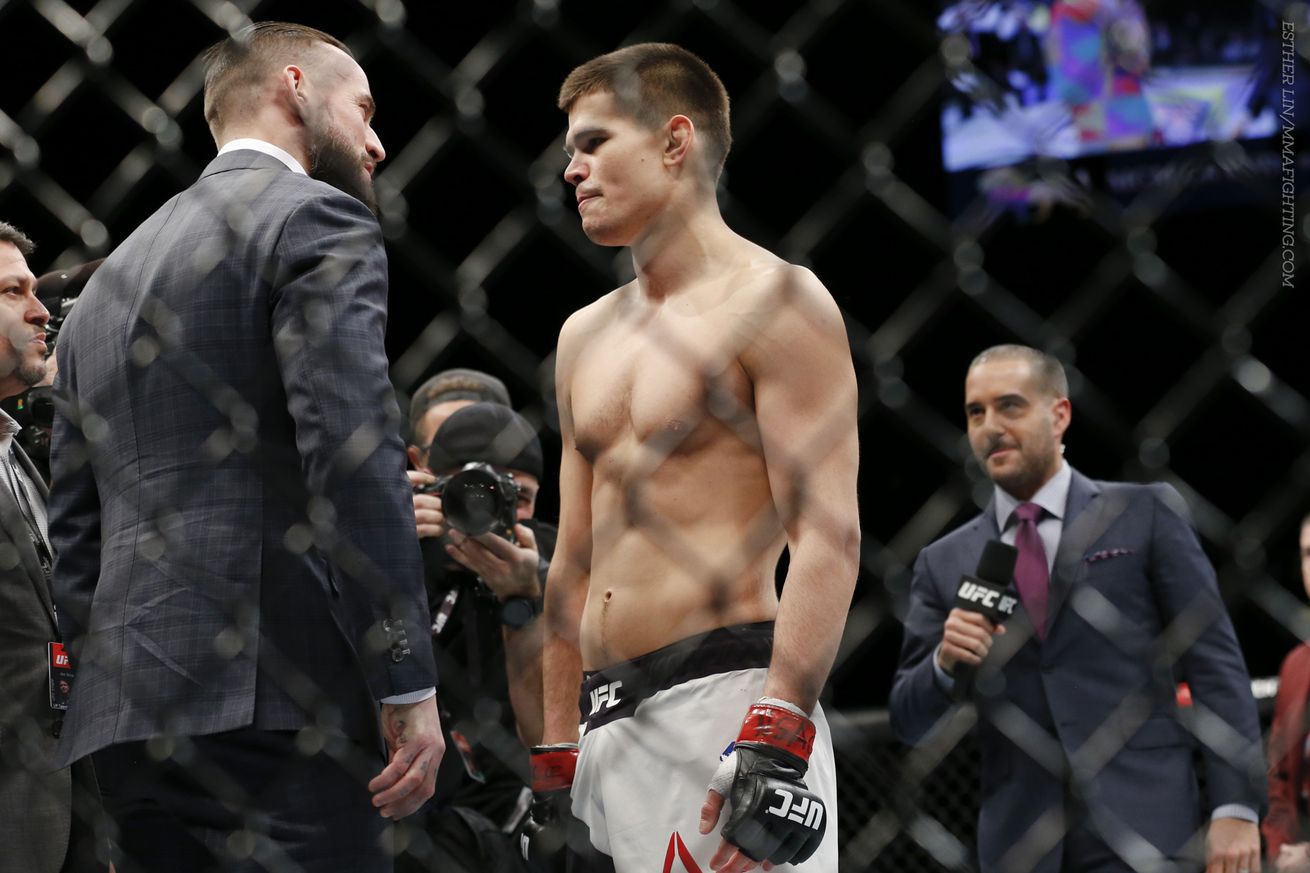 Now that he got his much-desired showdown against the former WWE superstar-turned mixed martial arts (MMA) fighter, an opportunity he is thankful for, Gall doesn’t want to be known as “the CM Punk guy” for the remainder of his career.

As he declared during a recent stop at The MMA Hour, while he appreciates Punk accepting the bout, he has bigger goals for the future, like becoming an Ultimate Fighting Championship (UFC) world champion.

“I don’t want to be the CM Punk guy. The only reason I said his name was to get my foot in the door. Like I said before, I’ve seen people before who haven’t been able to. So I got my foot in the door, the Jackson fight kind of kicked the door down and now I’m going to stomp around the living room with him. And then I want to climb the stairs, I want to have the belt. I’m going to have the belt.”

Unfortunately for Gall, the stigma of being attached to a big name like Punk — real name Phil Brooks — will likely stay with him for awhile, whether he likes it or not.

Just ask Miesha Tate, who still can’t escape Ronda Rousey’s name during any interview, ever. This, despite the fact that “Cupcake” is now the women’s bantamweight champion while “Rowdy” hasn’t been heard from much since getting knocked out by Holly Holm at UFC 193.

Nevertheless, Gall wants to desperately avoid that, and the first step in doing so is taking out his foe at at the upcoming UFC 203 pay-per-view (PPV) event inside Quicken Loans ….View full article