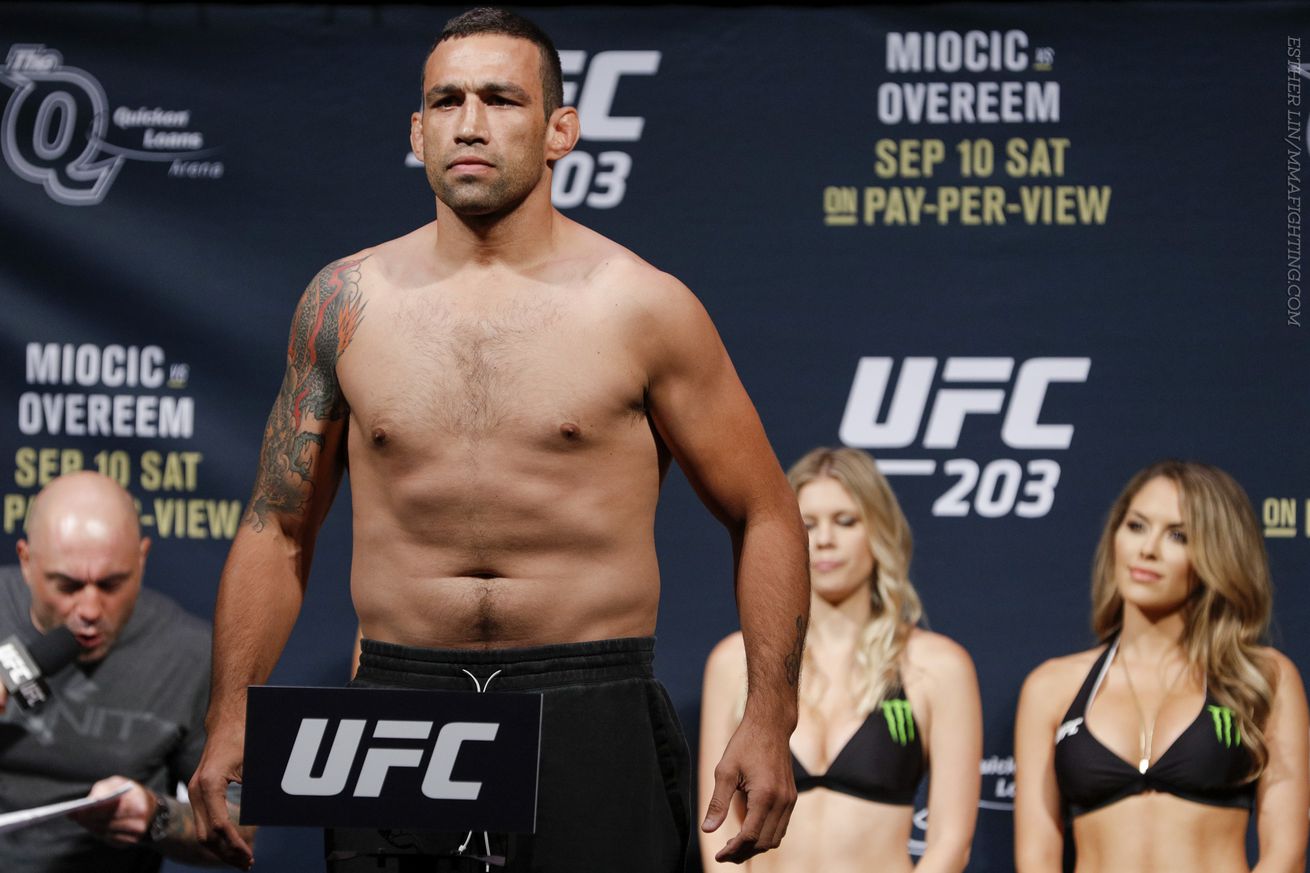 Fabricio Werdum defeated Travis Browne for a second time on Saturday night. But while his 2014 victory over Browne helped propel him toward the heavyweight championship, his unanimous decision victory at UFC 203 was just a bizarre affair, one which ended in a near brawl.

Before the announcement of Werdum as the unanimous decision (29-28, 29-27, 30-27) winner, Werdum kicked Browne’s coach Edmond Tarverdyan, who was coming toward Werdum. The corners for both sides were removed from the Octagon before the official decision was rendered.

In his postfight interview, Werdum (21-6-1) didn’t address the incident.

“He’s a warrior, I respect Travis Browne, I defeat him for the second time,” Werdum said.

Werdum, fighting for the first time since losing the title to Stipe Miocic in May, came out with a flying kick to the face to start the fight at Quicken Loans Arena in Cleveland. He poured it on to Browne as the round went along, but then a strange sequence occurred in which Werdum landed a punch in which landed on one of Browne’s fingers, but Browne attempted to call timeout. Referee Gary Copeland inexplicably allowed this despite there being no provisions for such in the rulebook, giving Browne time to rest.

“I think my punch got his finger, but you don’t stop the fight,” Werdum said. “When he said stop, I stopped, for sure stop keep it going, he don’t stop so I keep it going.”

By the middle of the second round, the fight’s pace slowed noticeably, as Werdum seemed to know he had the fight in the bag. But the crowd was not happy, as they drowned the fight out with jeers as Werdum played it safe and Browne could not muster the energy to mount a comeback.

Werdum won for the seventh time in his past eight fights. ….View full article