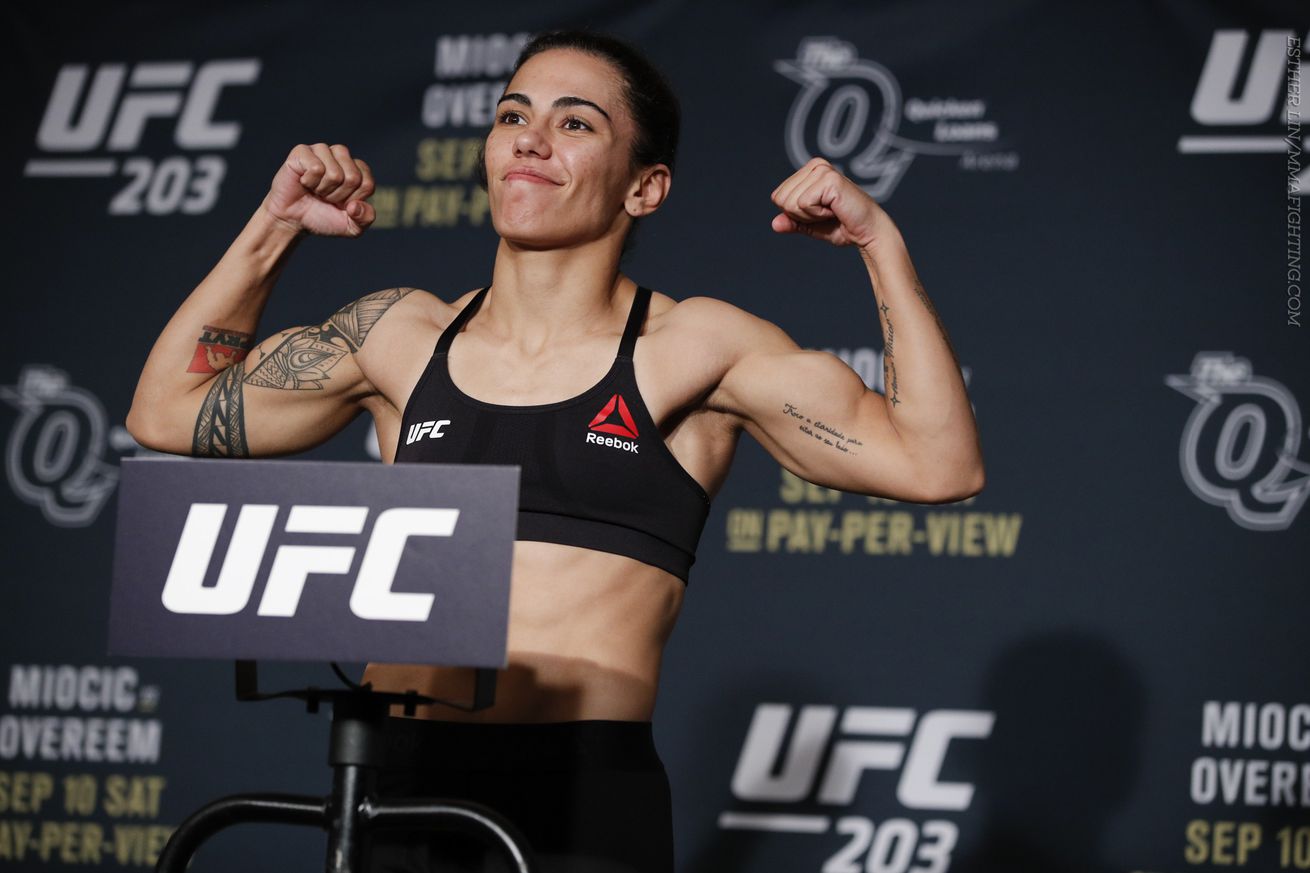 One solid performance can always be a fluke. Two in a row, you might have the start of a pattern.

In her second fight at strawweight, Brazil’s Jessica Andrade looked like a pit bull, as she mauled Scotland’s Joanne Calderwood at UFC 203. A guillotine choke got the job done at Cleveland’s Quicken Loans Arena, as she got the submission at 4:38 of the opening round.

That performance came just three months after the scored a one-sided win over Jessica Penne in her first 115-pound bout back at UFC 199.

“I just follow what my trainers said,” said Andrade (15-5), who had previously competed as an undersized bantamweight. “All to my trainers, I trust what they say, I do what I do, tonight I went out and executed.”

Calderwood (11-2) opened a cut over Andrade’s left eye with an elbow early, but that was the extent of her offense. Andrade scored multiple big slams and consistently worked to improve her position on the ground, which led the bout to a conclusion which seemed inevitable.

“The strategy was to stand up the entire time, but when I saw her reach, I accept my jiu-jitsu,” said Andrade. “I know my jiu-jitsu can save me.”

The 24-year-old Andrade has now six of her past eight fights, while Calderwood has dropped two of her past three.