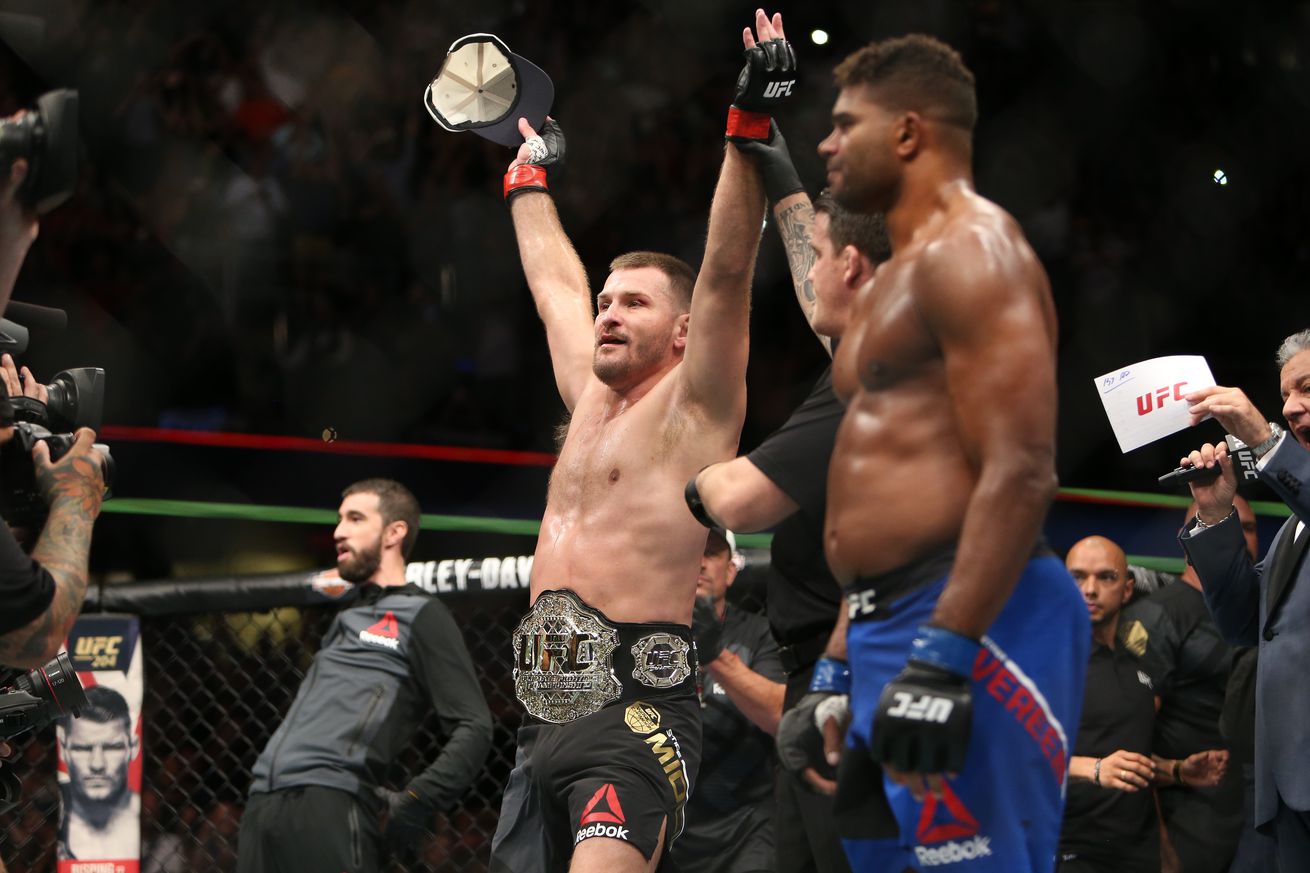 In the championship pay-per-view (PPV) main event between Stipe Miocic and Alistair Overeem, which took place last Saturday night (Sept. 10, 2016) inside Quicken Loans Arena in Cleveland, Ohio, “The Reem” ran in circles before getting KTFO.

Which is when he dreamt of phantom taps.

That happened right after Fabricio Werdum unloaded a push kick on coach Edmund Tarverdyan, who got a little too mouthy after “Vai Cavalo” whooped Travis Browne, despite the time-out “Hapa” called midway through their heavyweight rematch.

And of course we can’t overlook CM Punk’s destruction at the hands of Mickey Gall.

No worries, as we’ve gone ahead and compiled links to all of the top stories coming out of “Miocic vs. Overeem,” including breaking news, highlights, reactions, results, recaps, and more, all conveniently laid out in the UFC 203 wrap-up post below.

Next matches to make

What’s next for Stipe Miocic?

Other notable stories from this past weekend