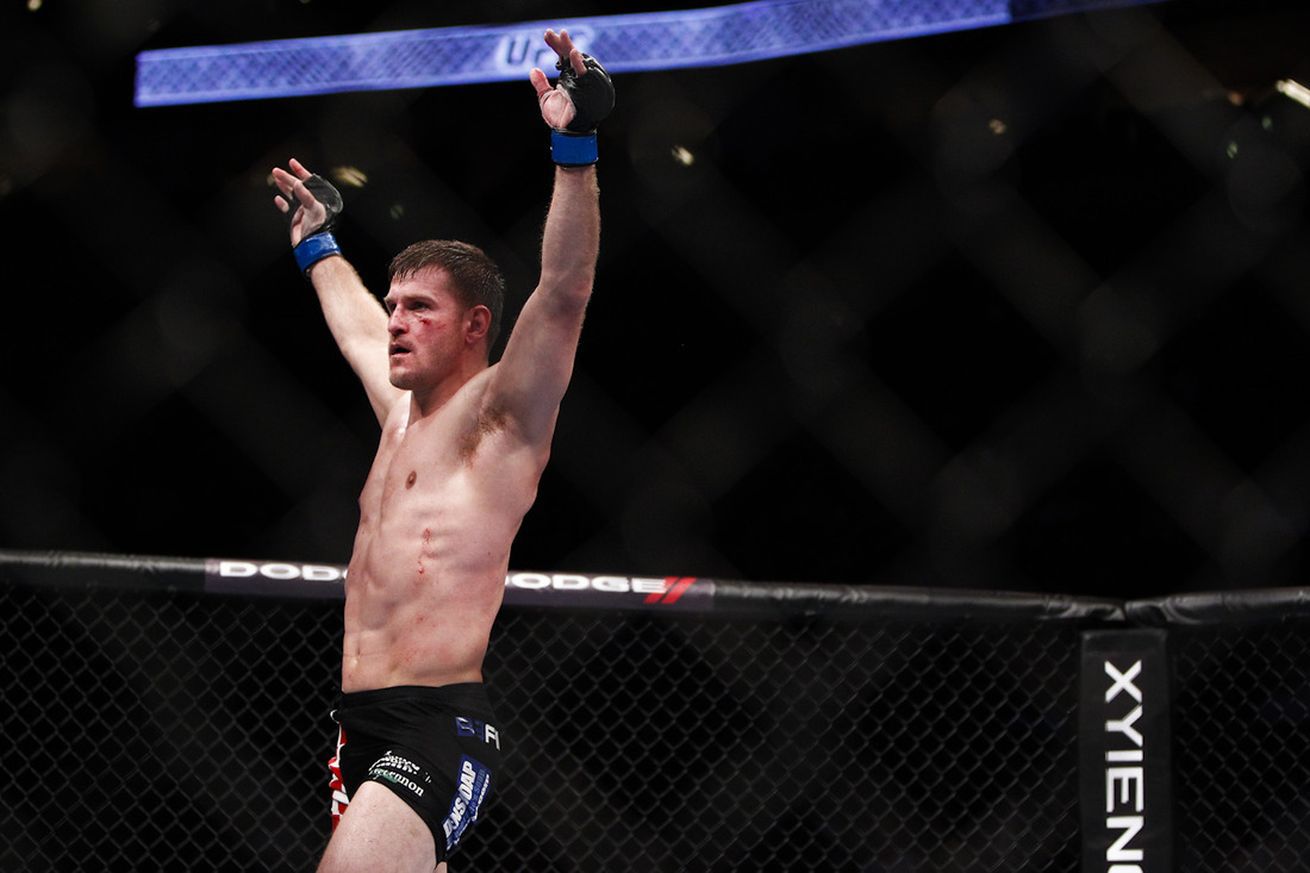 Contrary to popular belief, Stipe Miocic is fully focused on the upcoming task at hand as he prepares to defend his heavyweight title for the first time against Alistair Overeem at UFC 203 this weekend (Sat., Sept. 10, 2016) in Cleveland, Ohio.

While the 265-pound kingpin knows just what kind of threat “The Reem” poses, he’s highly confident in the gameplan he and his team have set forth to assure his title reign isn’t simply one and done.

“He’s a K-1 champ, he’s a good grappler, strong guy and just a good veteran. I’ve trained harder than I ever have before though and I have great coaches. We have a big game plan walking in so come Saturday I’m going to be walking out the champion with the belt still wrapped around my waist.”

For Miocic and Co., not letting Alistair find his groove is crucial. That, and not allowing the hard-hitting striker pop off his knockout-producing shots.

Winner of six of seven, including three straight, Stipe’s lone loss in that span came at the hands of Junior dos Santos via unanimous decision at UFC on FOX 13 two years ago.

And while he now sits at the top of the mountain, it’s a loss he ….View full article