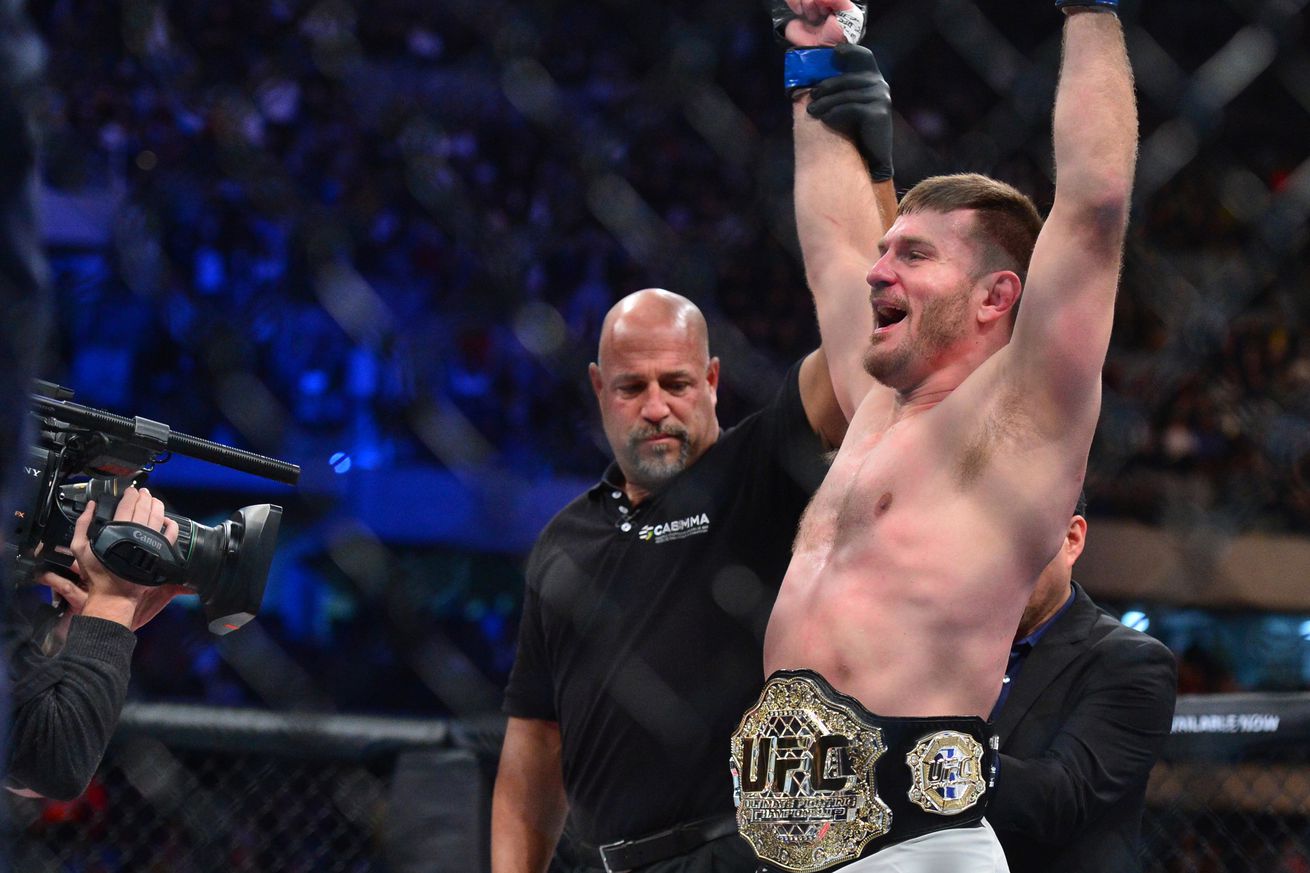 UFC.com tonight made the announcement, marking the mixed martial arts (MMA) league’s first visit to “C-Town,” the same city that Miocic calls home and gave him a “hero’s welcome” (and batting practice) when he returned from slaying Fabricio Werdum at UFC 198 two weeks ago to win the strap.

Overeem, meanwhile, made his title contender case with a with his huge knockout win over Andrei Arlovski in the main event of UFC Fight Night 87 in Rotterdam, Netherlands, earlier this month. It marked the fourth straight win for the No. 3-ranked contender, including a finish of former division champion Junior dos Santos late last year.

It’s safe to assume that “Cigano” is not impressed with the booking.

No other match ups or bouts were made official for UFC 203, but expect that to change very, very soon.