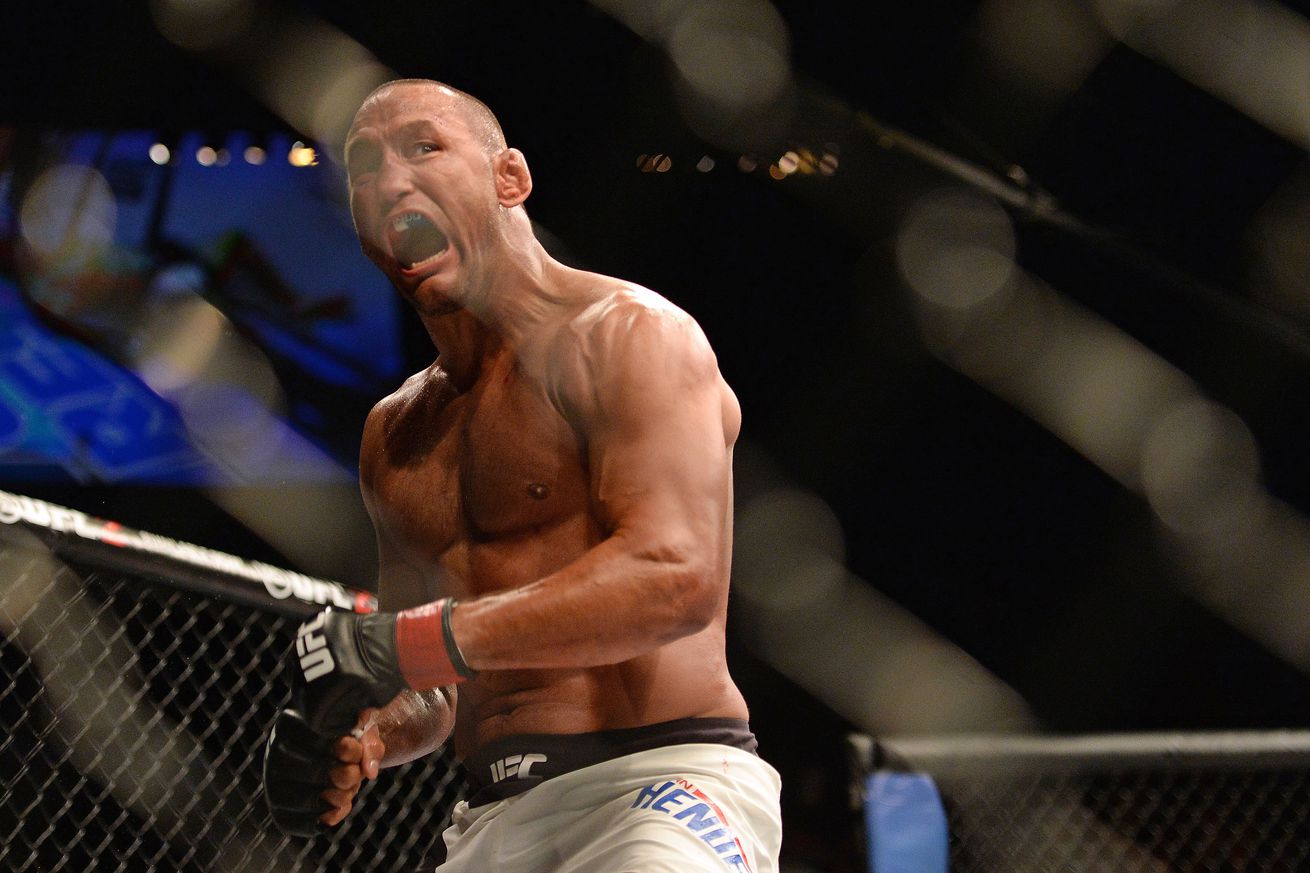 Mixed martial arts (MMA) fans will remember Dan Henderson for everything other than his UFC 204 title fight opposite Ultimate Fighting Championship (UFC) middleweight king Michael Bisping later tonight (Sat., Oct. 8, 2016) from Manchester, England. The 46-year-old has done so much throughout the years that it really doesn’t matter what kind of performance he dishes out in his second bid for a UFC championship. Henderson is a legend through and through. His legacy is already sealed.

But for the sake of watching a toothless veteran experience one of his best journeys in his last journey to the Octagon, Henderson’s push for the glorious UFC middleweight title is truly a beautiful thing to watch. Some may argue that “Hendo” was in the right place at the right time and being challenged by the most grudgeful suitor, but the truth is Henderson’s past success helped him when it mattered most. His last fight inside of the Octagon will be for a shiny gold belt because he knocked Bisping unconscious at UFC 100 over seven years ago. Henderson’s vicious “H-Bomb” finish was more than a glorified logo. It was his ticket to go out on top.

So that raises the question as to whether or not the ageless knockout king can land another destructive right hand to the chin of a confident Brit. Bisping has quickly become one of the most savvy and efficient strikers in MMA today and has shown to have the power supply to aid his already pestering output. It’s fair to say that Bisping is currently the best version of himself, even at the age of 37. His knockout over Luke Rockhold at UFC 199 this past June is a testament to the champion’s new found dominance.

Still, Henderson remains capable of sticking Bisping in the pocket, stiffening him up and ….View full article