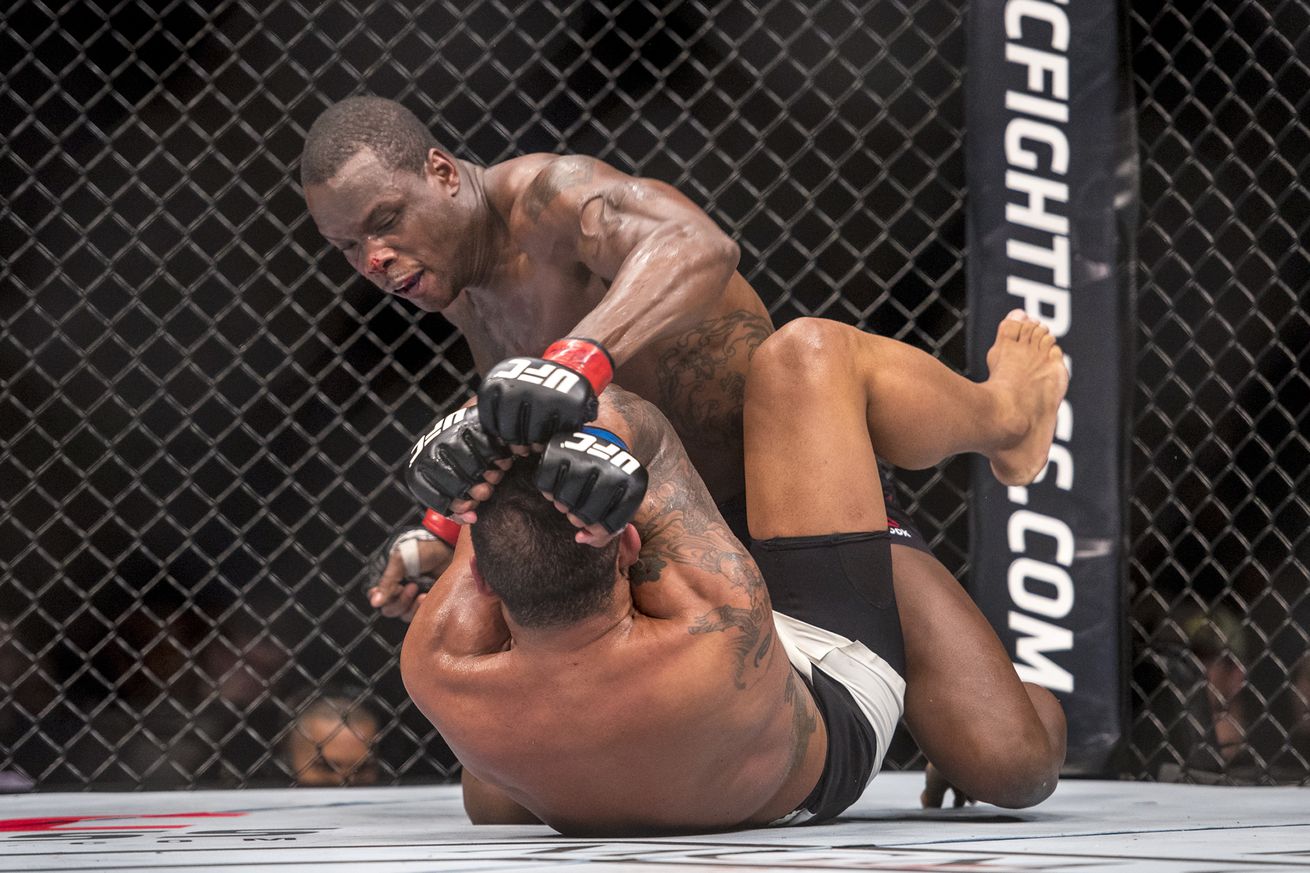 “OSP” has risen through the ranks in large part due to his impressive athleticism, but he’s faltered against the division’s elite. He’s coming off a tough loss in his last bout, so St. Preux will be looking to bounce back here.

Manuwa is in a similar position. Though he’s without the marquee wins of his opponent, Manuwa climbed into the top ten by being a ferocious striker and natural athlete. He’s hit the same wall at opposite the division’s elite and will also be looking to return to the win column.

He’s not the most technically deep fighter around, but “OSP” is explosive and has some nice tricks up his sleeve.

In this bout, Saint Preux needs to really mix up his game. In a pure kickboxing match, Manuwa is likely the more refined striker, as this is one of the division’s few men who can stand up to Saint Preux’s kicks and match his athleticism. With that in mind, Saint Preux needs to transition from kicking at range into the clinch. He cannot try to close the distance simply by moving forward, or he’ll run into hard counters, but ….View full article