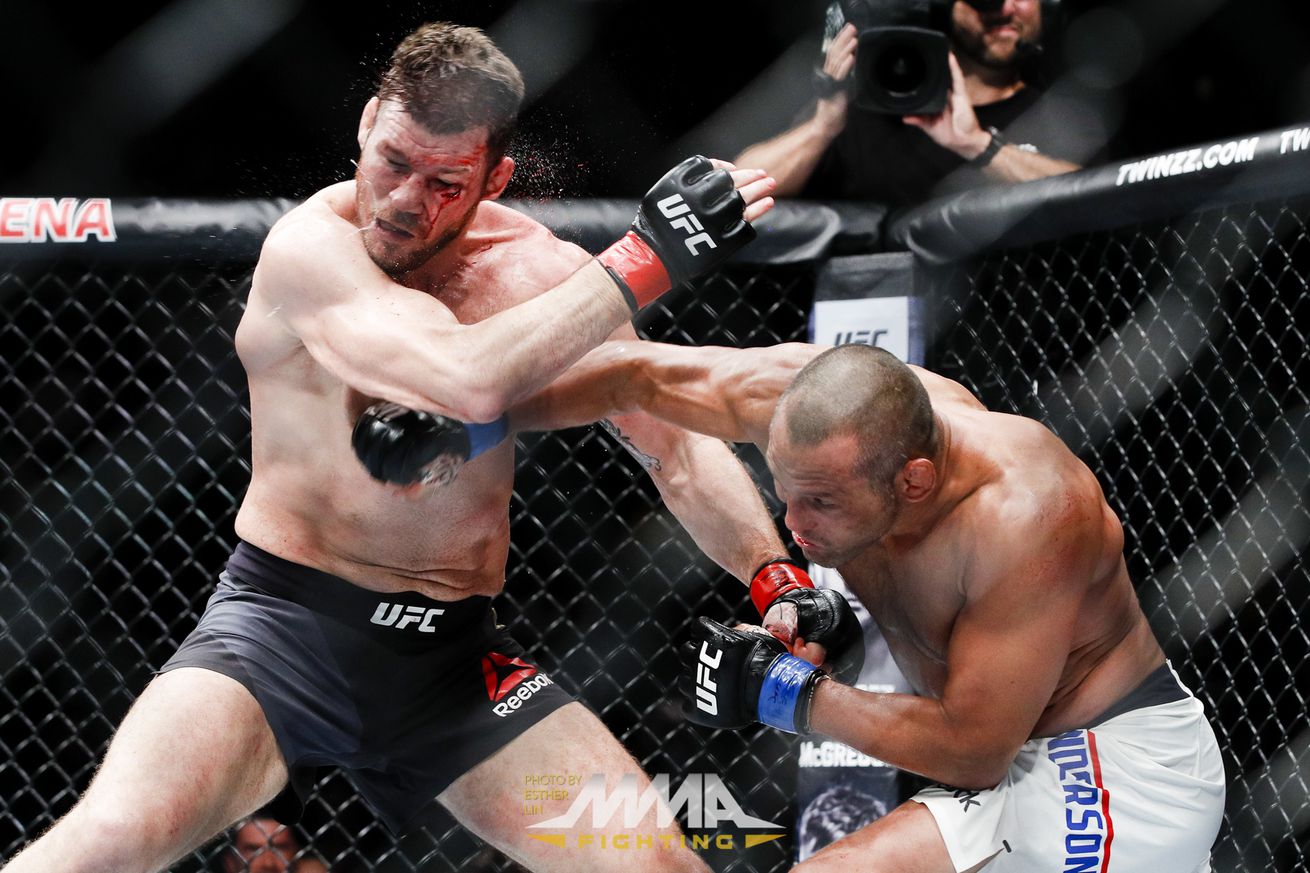 You won’t convince Dan Henderson he didn’t do enough to earn the nod and the Middleweight title after five rounds of action against division king Michael Bisping in the main event of last night’s (Sat., Oct. 8, 2016) UFC 204 pay-per-view (PPV) event in Manchester, England.

After all, “Hendo” knocked “The Count” down on multiple occasions, leaving his face battered and bruised and with a throbbing headache. But, as “Hendo” clearly stated during his post-fight speech, they don’t judge a fight on how a fighter looks afterward, as the Octagon-side officials gave the unanimous decision win to the hometown favorite.

It’s something Henderson declared during the post-fight presser (see it) via Fox Sports, he’ll have to live with.

“The first round, it was almost finished real close and I thought that was obviously a 10-8 round but you never know. I thought I won the first two rounds. He won the third and fourth and I wanted to make sure I went out and won the fifth. I thought I did that. I went out and took him down, landed some decent shots on him. Honestly, I didn’t feel hurt once in the whole fight with the exception of one leg kick that hurt my thigh a little, but that was about the only thing I felt in the fight. It was unfortunate. Obviously, by looking at him, he felt some of the shots that I hit him with. I’m just real frustrated. I’d have to go home and watch it again to be a little more educated talking to you guys about it, but that’s what I was thinking. That’s what was going through my head during the fight. I didn’t want to end up with a draw, I wanted to make ….View full article