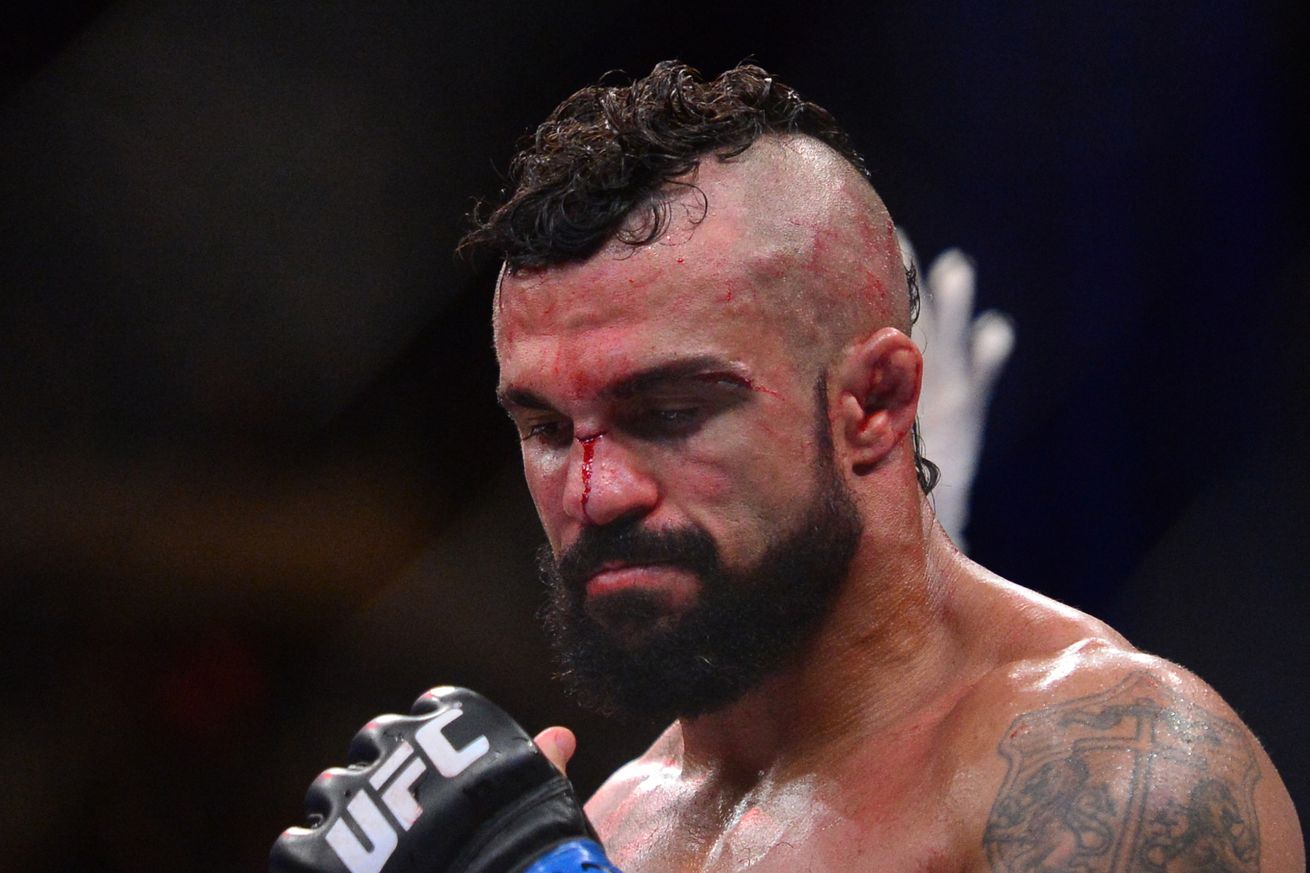 After years of lobbying for a fight against Vitor Belfort, Gegard Mousasi finally got his wish after the pair was booked to tango at UFC 204 on Oct. 8, 2016, in Manchester, England (details here). And if you thought Mousasi liked his chances against “The Phenom” back then, it’s nothing compared to how “The Dreamcatcher” thinks he”ll do against a fighter who no longer has the advantage of steroids or a doctor enhancing his performance.

“Some say he’s not the same Vitor Belfort since…” asked a reporter during a scrum prior to UFC Fight Night 93 in Hamburg, German (via MMA Junkie) before Gegard interrupted with, “steroids.” Belfort’s past issues with performance enhancing drugs (PEDs) aren’t exactly a secret, and neither is his appreciation for testosterone replacement therapy (TRT), as Gegard also took a stab at Vitor’s past love with the now-banned therapy.

“Now we’re on a (even) playing field. He doesn’t have a doctor’s advantage and I will beat him.” And not just beat him via decision, as Mousasi is bent on trying to get a stoppage victory over the long-time veteran to impress fans, as well as UFC executives.

For Mousasi, surviving Belfort’s infamous early onslaughts is crucial for a victory, he says.

“He’s explosive and dangerous in the first two minutes, but I’ve seen him in the last two fights, especially with ‘Jacare’ and Weidman,” Mousasi said. “He fades out very fast. So, either one or two minutes, (and) if he does his thing and it doesn’t work, he’s mine.”

Ronaldo Souza approves of this message.

Mousasi will look to build on his win over Thiago Santos at UFC 200 to inch him closer to finally getting a chance to vie for a UFC world title. Meanwhile, a win for Belfort simply keeps his career from going south ….View full article