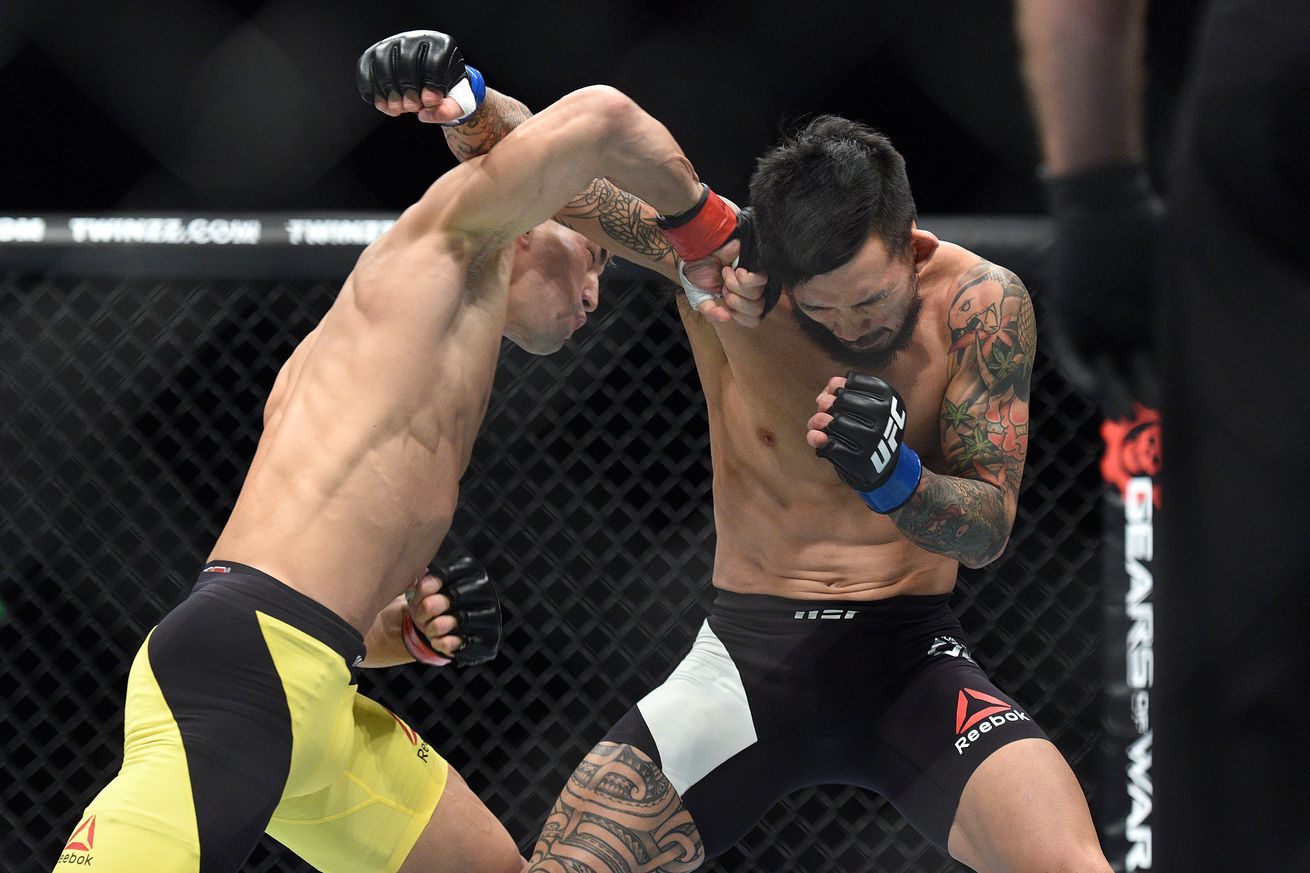 Many questions circled Bektic heading into last night’s bout. Following his knee injury and subsequent layoff, Bektic needed to prove that he could perform well, even if his opponent was a smaller man stepping up on short-notice. Meanwhile, Doane faced the unenviable task of attempting to upset Bektic with less than a week to prepare. Nonetheless, the Hawaiian stepped into the cage confident that his hand would be raised.

Doane started quickly and scored with some nice shots, but Bektic wasted little time in level changing and powering his foe to the mat. Despite his opponent’s valiant attempts to scramble, Bektic eventually worked his way into back mount.

From that position, the Bosnian athlete immediately began to hunt for the rear naked choke. Doane shook off the first deep attempt, but Bektic remained patient and keep trying to slide his forearm under the chin.

With about 45 seconds remaining in the first round, Bektic locked in the rear-naked choke.

This was a pretty ideal return performance. Bektic’s timing looked a bit off at the start of the bout, but he quickly settled into the fight and was comfortable in exchanges. Then, he expertly nailed a reactive double leg, showing that there was little in terms of ring rust.

Once Bektic put his hands on Doane, he was overwhelming. Doane really did a nice job of trying to work to his feet and fight hands, but Bektic refused to give him an inch. Before long, Bektic was able to force Doane to the mat and take his back.

The finish came quickly from there.

Now that Bektic has proven he’s still a top prospect, a match up with another ….View full article