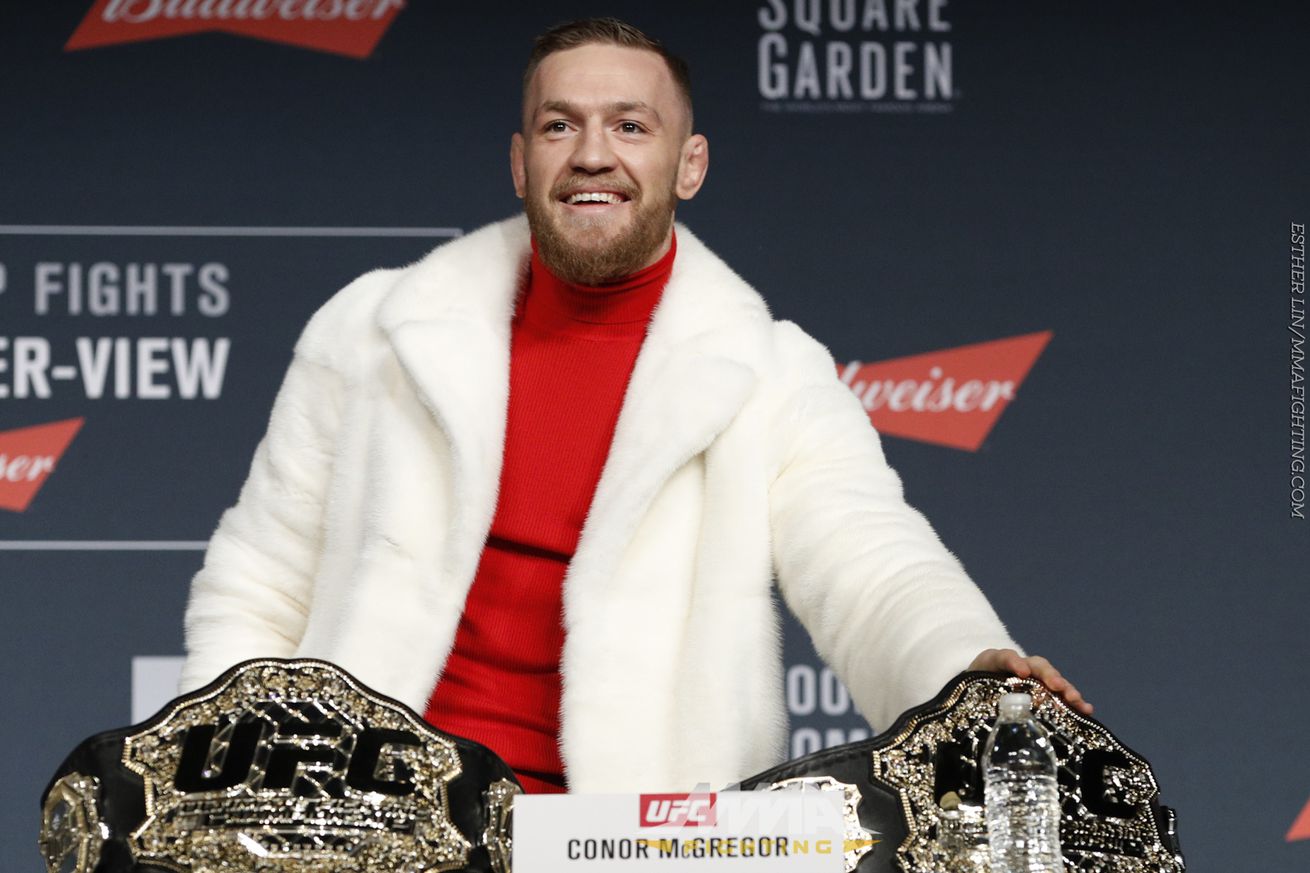 Remember the days when Conor McGregor was all about asking for world championship fights in higher weight classes after dominating his own division?

Well, those days are long gone after he knocked out Eddie Alvarez at UFC 205 in New York City to claim the Lightweight strap to go alongside his Featherweight belt on Nov. 12, 2016 (see it again here), as “Notorious” has moved on to asking for bigger and better things; such as a piece of the UFC pie.

During the post-fight presser (video replay here), “Notorious” — who was proudly showing off his two belts — confidently stated that the promotion needs to talk to him about him potentially getting some ownership of the company. After all, he’s the one bringing home the bacon, so he needs to be rewarded as such.

He makes his case:

“No one has come talked to me since the sale happened. As a business mans they’ve come to say ‘hello’ and things like that. But, I’ve earned something. I mean, who owns the company now? People have shares in the company, celebrities. Conan O’Brien owns the UFC nowadays, so where is my share? Where is my equity? If I’m the one that’s bringing this. I mean, they’ve got to come talk to me now, that’s all I know. I’ve got both belts, a chunk of money, a little family on the way. If you want me to stick around and you want me to keep doing what I’m doing, let’s talk. But I want ownership, I want equal share, I want what I deserve, I want what I’ve earned. So. there’s a little announcement for you.”

It’s no secret McGregor had a special relationship with former owners Lorenzo and Frank Fertitta, but after the duo sold the promotion to a group lead by WME-IMG ….View full article