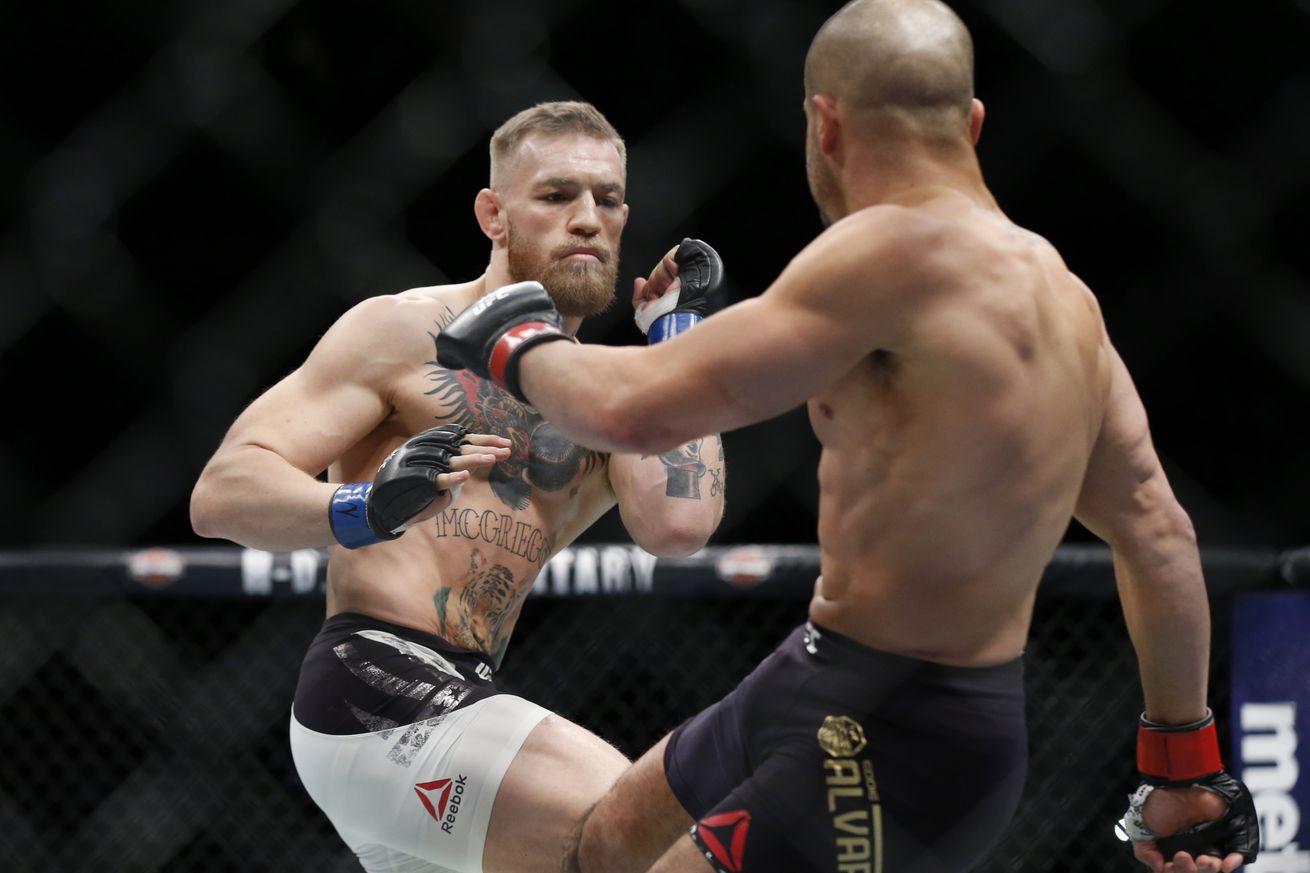 It was a first round for McGregor, knocking Alvarez down three times and launching his left hand at will. Alvarez seemed tired from the opening bell and never really threatened with offense. McGregor even defended two takedowns. And in Round 2, McGregor became the first fighter in UFC history to hold two championship belts, sending Alvarez to the canvas with a four-piece combo. The new lightweight champion earned yet another Octagon TKO.

With this win, McGregor etches himself in MMA history. Not only did he showcase an improved takedown defense and spectacular spacing on the feet, but he finished one of the toughest outs in the lightweight division. Who knows what’s next for the biggest name in the sport.