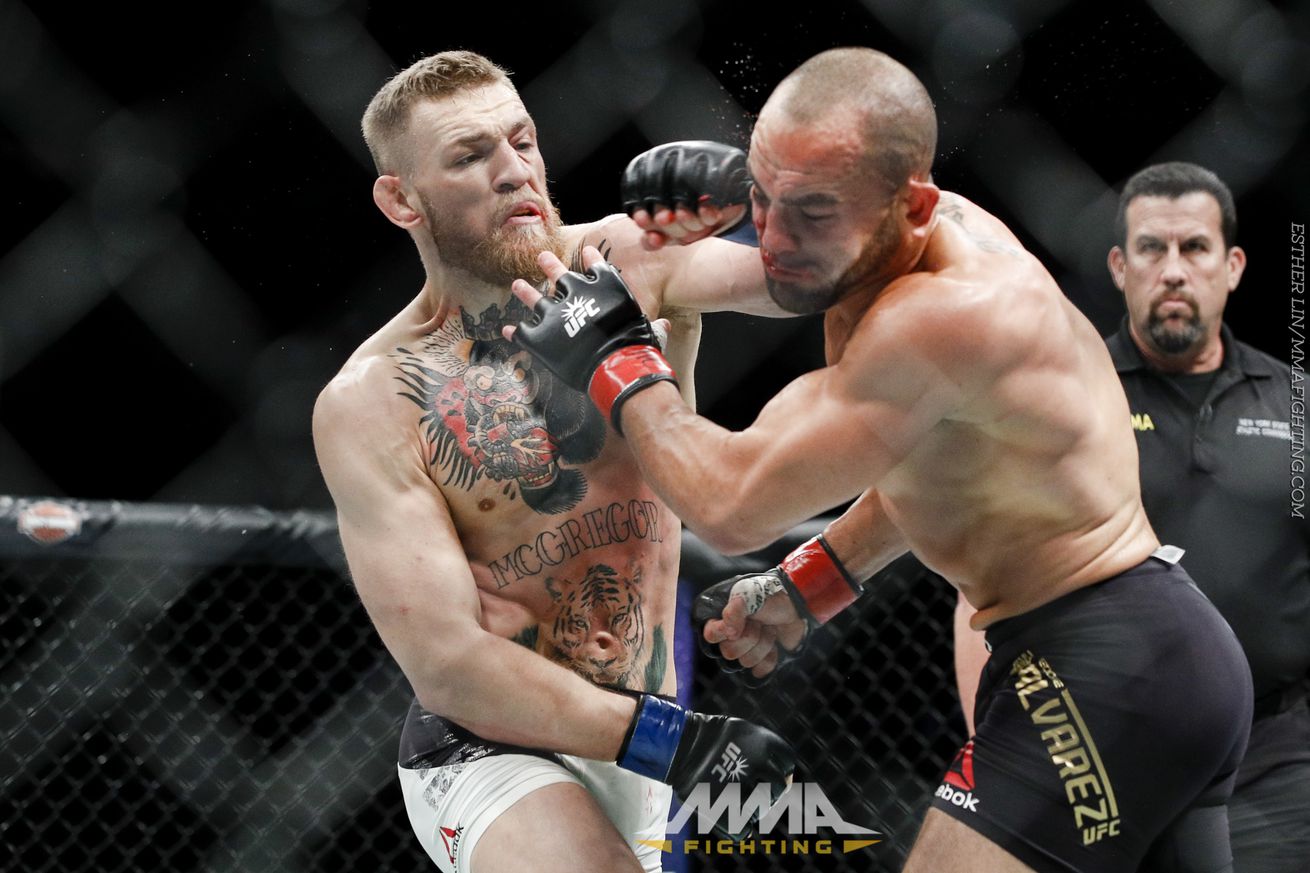 While UFC 205 smashed some UFC records, notably the live gate, it didn’t break every big show record as UFC president Dana White talked about after the event.

The one that White said he didn’t know about, the ratings record for the FOX Sport 1 prelims, didn’t fall, as the show headlined by Frankie Edgar vs. Jeremy Stephens and also featuring Khabib Nurmagomedov vs. Michael Johnson did 1,801,000 viewers. The number was the third largest for a pay-per-view prelims in FS1 history, only trailing prelims for two other shows headlined by Conor McGregor.

The record remains 1,931,000 prior to UFC 194, where McGregor won the featherweight title from Jose Aldo. Saturday night’s show was also slightly behind the prelims before UFC 196, which was the first McGregor vs. Nate Diaz fight, which did 1,843,000 viewers. It finished slightly above the comparably loaded prelims to UFC 200, which did 1,768,000 viewers.

The prelims did allow FS1 to beat ESPN college football head-to-head in the 18-49 demo, with 1,106,000 viewers between those ages for the UFC show compared to 895,000 for the ESPN broadcast of LSU vs. Arkansas.

On FOX Sports’ streaming service, the prelims delivered 101,929 total streams, 40,653 unique streams and the average minute of the two hours were viewed by 10,151 devices.

As far as ….View full article