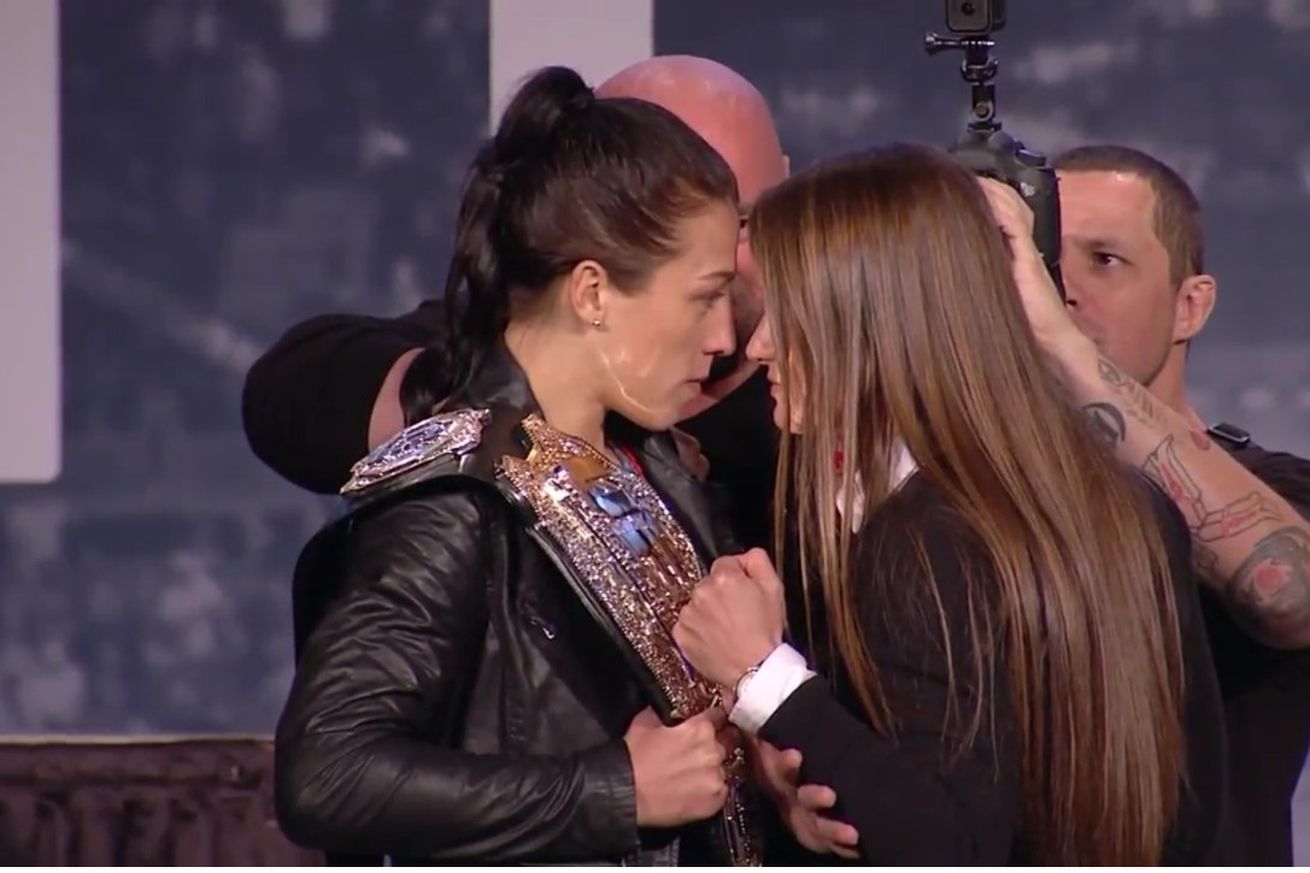 Jedrzejczyk’s accomplishments inside the cage have been nothing short of remarkable. She actually hasn’t been champion for all that long, yet it already seems incredibly difficult to see her lose her title anytime soon. To her credit, Kowalkiewicz brings a perfect record into the Octagon as well. She rose through the ranks quickly, and now the Polish scrapper will be given an opportunity to avenge a loss from way back in her amateur days.

Let’s take a look at the keys to victory for both fighters:

Joanna Jedrzejczyk
Record: 12-0
Key Wins: Carla Esparza (UFC 185), Claudia Gadelha (TUF 23 Finale, UFC on FOX 13), Valerie Letourneau (UFC 193), Jessica Penne (UFC Fight Night 69)
Key Losses: None
Keys to Victory: Jedrzejczyk is an incredible kickboxer with some frustratingly good takedown defense and scrambling ability. Above all else, her conditioning stands out, as Jedrzejczyk is able to throw dozens and dozens of strikes without ever slowing down.

Both women are strikers, but their approach is rather different. Kowalkiewicz does her best work when she’s able to force her way into the clinch, digging knees into her opponent’s mid-section. On the other hand, Jedrzejczyk likes to maintain her distance and land sharp combos of long punches and kicks.

Whichever woman is able to dictate the range will likely win the fight.

Luckily, Jedrzejczyk’s fights with wrestlers have only increased her ability to maintain distance. She’s excellent with multiple range control weapons, including the jab and front kick. So long as Jedrzejczyk stays active with those techniques and her usual excellent footwork, she should run into few problems. Her style will punish Kowalkiewicz’s attempts to close the distance, and ….View full article