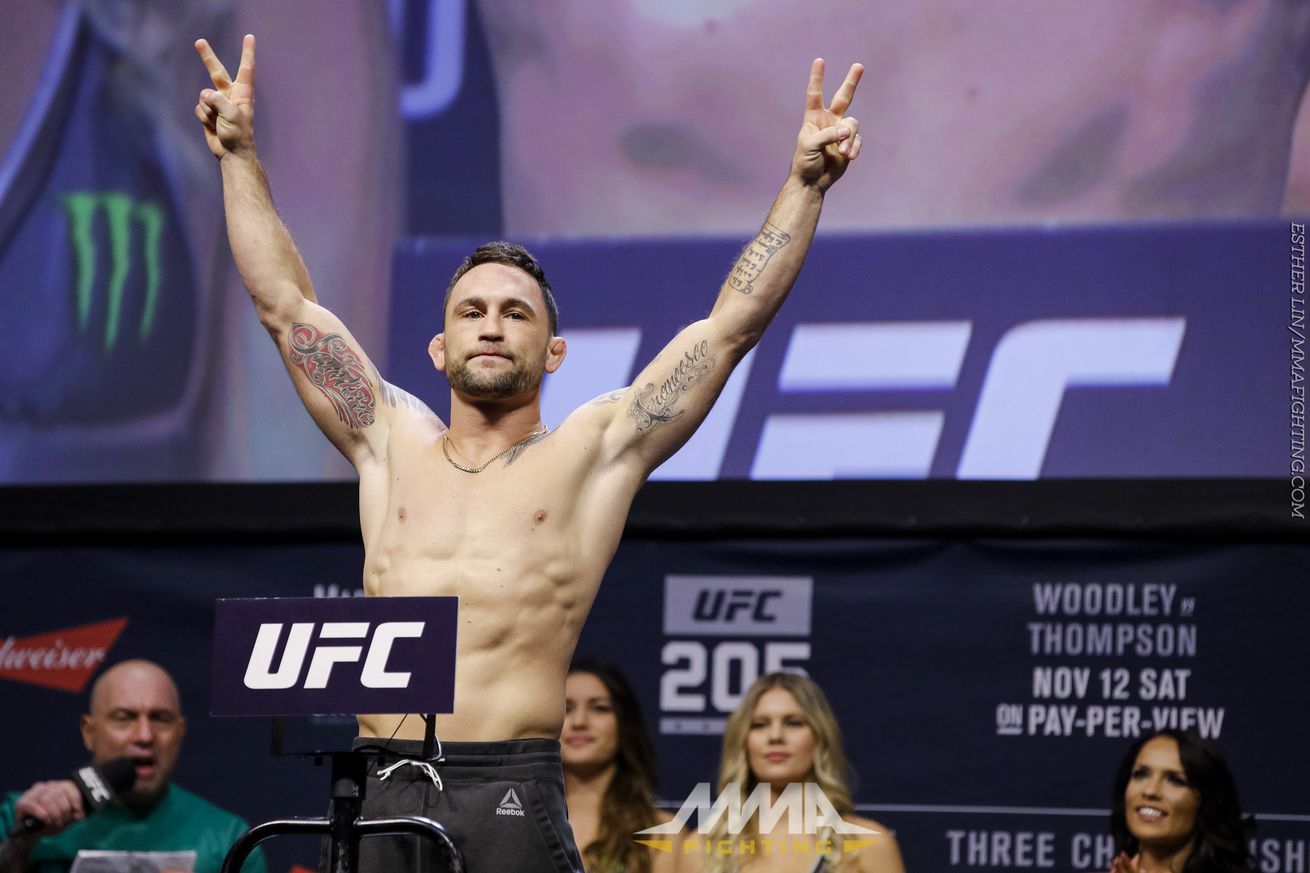 New Jersey’s Frankie Edgar has waited nearly a decade for the opportunity to cross over the Hudson River and fight at New York’s Madison Square Garden.

It turned out to be well worth the wait.

Edgar treated the Garden faithful with a vintage performance Saturday night against Jeremy Stephens, overcoming a near-finish to rally for a victory in a featherweight showdown. The judges scores were a pair of 30-27s and a 29-28 for a unanimous decision.

Edgar got off to a familiar start in the first round, using his footwork to dart in and out and stay out of the heavy-hitting Stephens’ range. A pair of takedowns helped seal the round in his favor.

He seemed to be cruising again in the second before Stephens absolutely drilled him with a a high kick which landed on the chin. Edgar seemed nearly out on his feet as Stephens stalked him, but the Alliance MMA fighter never could land the knockout blow.

Then the Edgar who electrified fans during his lightweight title run sprang to life, as he found another level and got back into the fight. By the end of the round, Edgar had taken Stephens down again and got him into a guillotine.

Edgar got the best of Stephens over the final round, working him over and nearly sinking in several submissions, as he closed out his victory.