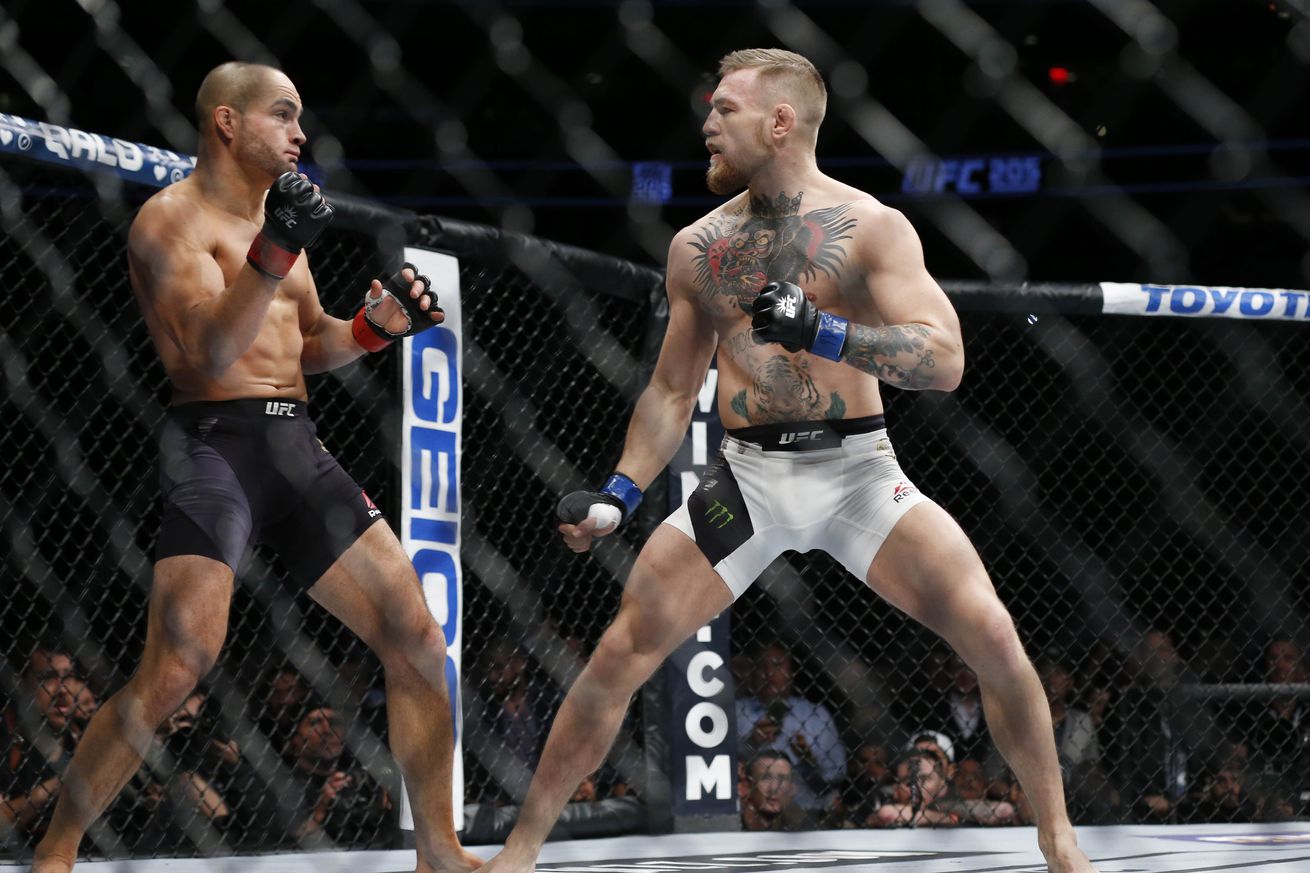 Alvarez walked into this fight with a ton of confidence. That’s not to say he’s normally a shy fighter, but the boxer sincerely believed that his opponent had little chance to stand up to his veteran skill set. Meanwhile, McGregor’s usual swagger could be found in its usual abundance. Like his opponent, McGregor had few doubts of another stoppage win, and the Irishman would accomplish something truly significant if he was able to make his vision a reality.

Love him or hate him, McGregor did just that.

Alvarez attacked with some early low kicks, but McGregor’s left hand made an appearance immediately. He dropped Alvarez immediately, but the Philly boxer popped back up to his feet. Only to be put back down in similar fashion. This time around, Alvarez stayed on his back and recovered for a bit while McGregor controlled. Once Alvarez returned to his feet, the pace slowed a bit, and Alvarez was finally able to land some of his own shots without getting clobbered for his efforts. It was as good a round as possible for the Irishman.

McGregor opened the round with another piston left hand that rocked Alvarez, but “The Underground King” kept on his feet this time. For the first time in the fight, Alvarez actually found some success moving forward, landing a big right hand and driving his opponent into the fence.

However, McGregor was able to reverse, and the fight was soon over.

Alvarez attacked with his dart punch, but he failed to step off to ….View full article