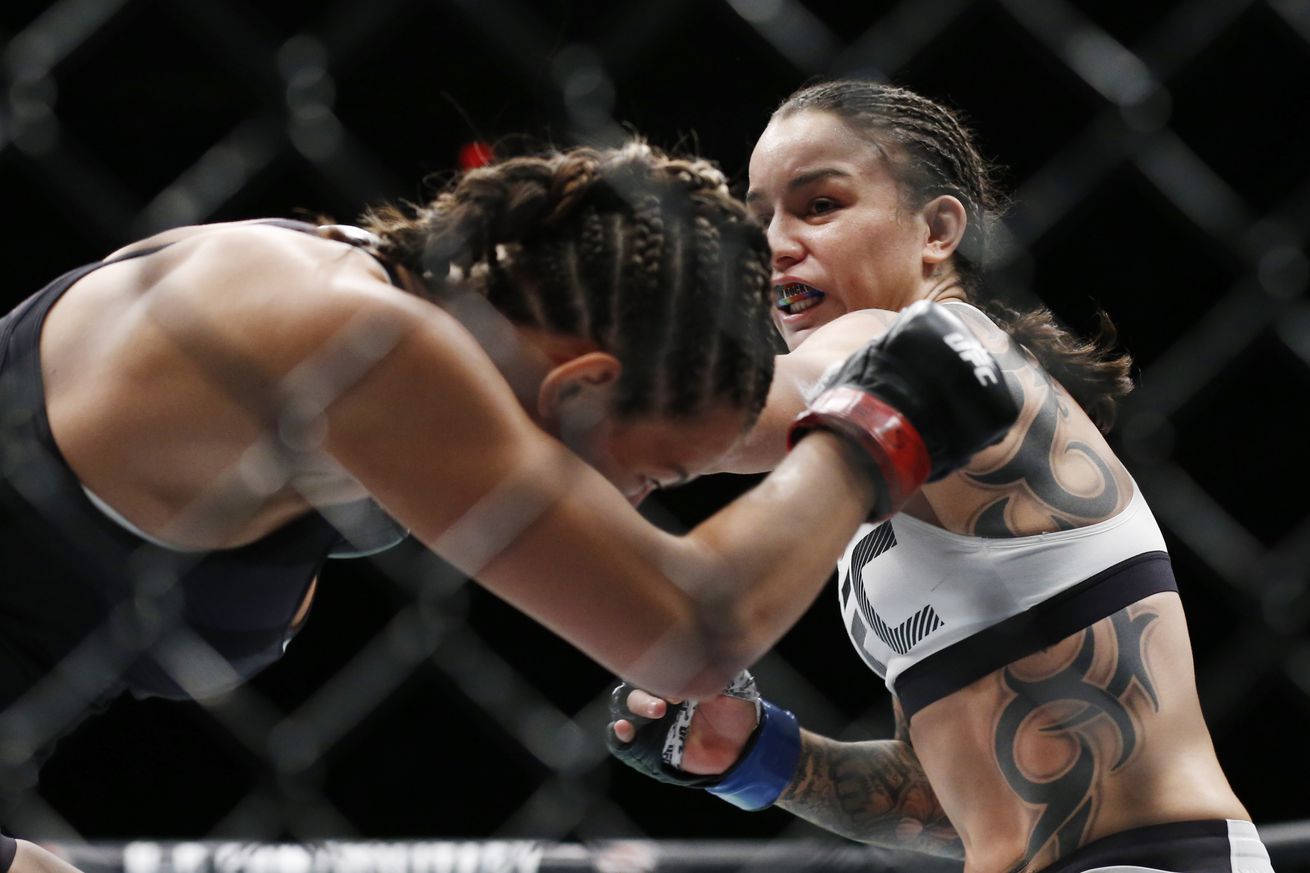 Tate lost her title just a few short months ago, and last night was her first return to the cage since that devastating defeat. To remain a relevant player in the title picture, Tate had to turn away “Rocky” last night. Meanwhile, Pennington’s three fight win streak earned her a step up in competition here. There was a lot on the line for The Ultimate Fighter (TUF) veteran, as this could be her breakthrough moment.

Pennington started the bout by showing off her quick hands, stabbing at her opponent with sharp jabs. Tate didn’t like that one bit, and she didn’t waste long before changing levels and aiming for a takedown. Initially, Pennington did a nice job of defending, using a front headlock to lift Tate. However, the wrestler’s raw determination was enough to keep driving and transitioning, allowing her to eventual drag Pennington to the mat.

From there, Tate controlled her foe from top position until the end of the round.

At the start of the second, Pennington’s hands were once again a major factor. She did an excellent job of nullifying the clinch attempts and landing hard shots on the break. Nevertheless, Tate eventually drove her foe into the fence, where she scored with some nice knees to the body. With Tate unable to land another takedown, the fight quickly changed into a clinch war. The women traded position against the fence often, as Tate attacked with knees and Pennington dug in some hard punches.

Overall, Pennington was the more effective fighter in the second round.

In a really bizarre turn of events, Tate pulled guard immediately to start the round. Tate ….View full article