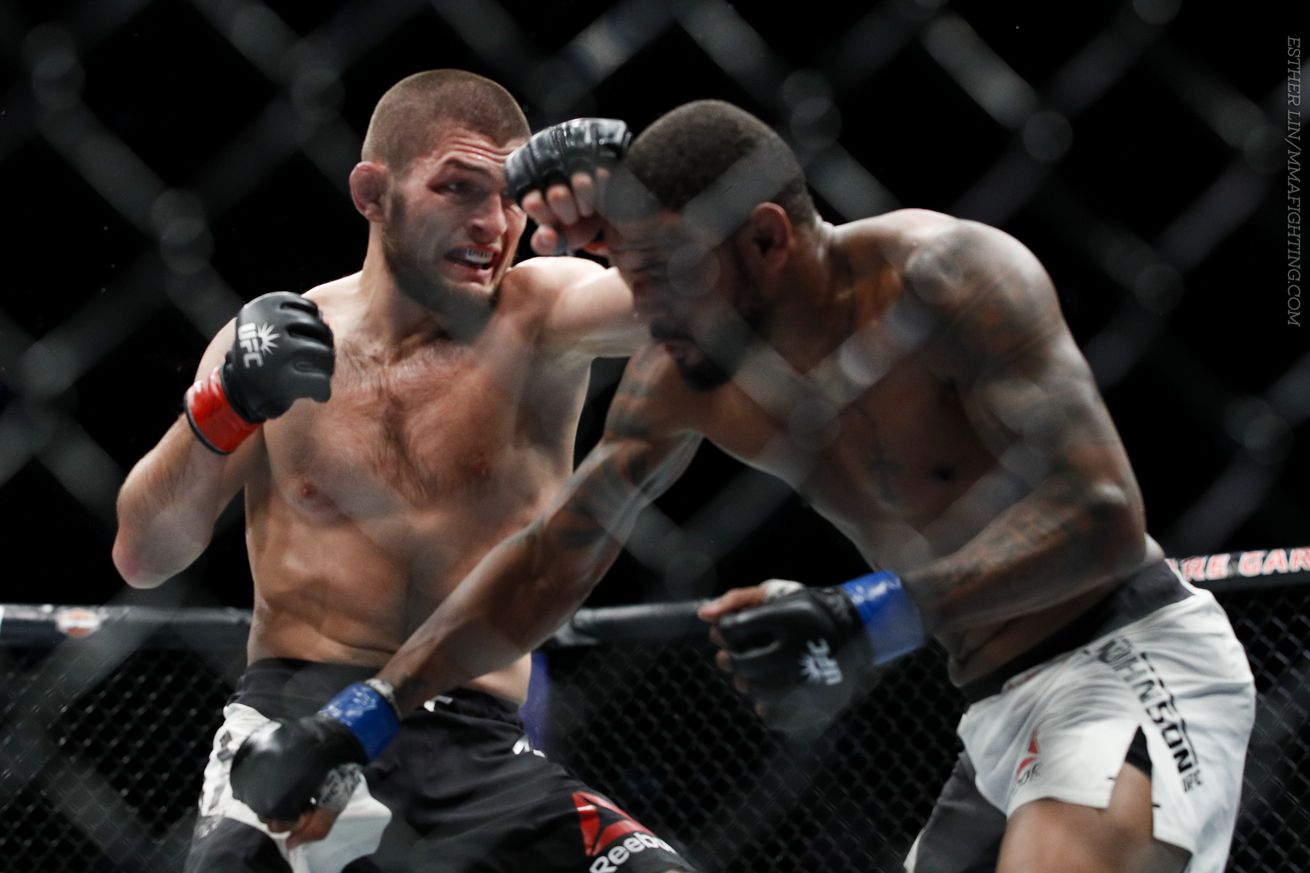 For a minute there, it looked like Michael Johnson had found the solution to defeating the undefeated Khabib Nurmagomedov.

The Blackzilians fighter landed big bombs and had the undefeated Nurmagomedov wobbly.

But then the fighter we all remembered came back to the fore.

Nurmagomedov relentlessly mauled Johnson for the remainder of their UFC 205 fight at Madison Square Garden on Saturday night before finishing him at 2:31 of the final round with a Kimura.

With the victory, Nurmagomedov improved to 24-0, 8-0 in the UFC, and made his case for a shot at the UFC lightweight title.

After the bout, Nurmagomedov turned his ire on the pro-Irish crowd and UFC brass, as he trash talked featherweight champion Conor McGregor, who fights Eddie Alvarez in the evening’s main event.

“The other guys say too much,” Nurmagomedov said. “I understand how crazy PR UFC machine, your guy taps at the beginning of the year and the end of the year he fights for the title. Crazy but this is true, not trash talking, Irish only six million Russia 150 million. I want to fight your chicken.”

The American Kickboxing Academy fighter used his sambo background to take Johnson down, smother him, and land punches and elbows at will. The scenario repeated itself over and over during the course of the first two rounds.

It almost seemed like a merciful move in the third when Nurmagomedov actively sought the submission rather than piling on the ground and pound. It didn’t take too long to get the Kimura and the tap.

Johnson (17-11) has dropped three of his past four fights.