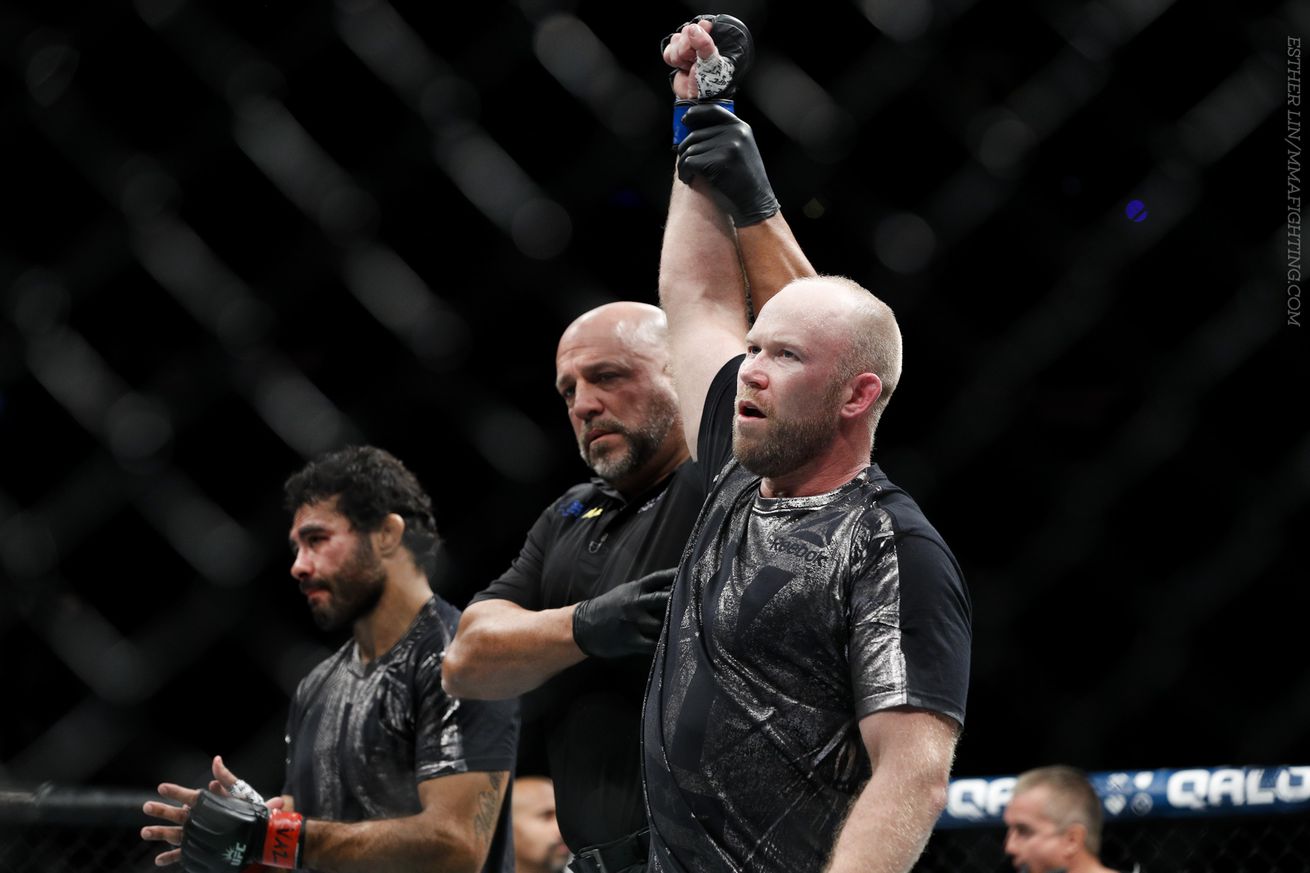 Sometimes, Tim Boetsch ends up on the wrong end of things in his fights. Sometimes, he dishes out carnage. Either way, his fights are usually memorable.

The time of the stoppage was 3:22 of the first round, giving him his 11th UFC victory in his 20th UFC fight.

Boetsch clipped Natal with the first punch of the fight and opened a cut over his left eye. Boetsch kept on the pressure and landed a big, looping right hand which landed right on the button and dropped Natal. Three punches later, the fight was waved off.

“He went down pretty hard,” said Boetsch, who has not had a fight go the distance, win or lose, since 2013.”The cage slowed him down a little bit, I put it right on the button and finished him off.”

Natal (21-8-1), a Brazilian based in New York City, has dropped two straight fights.