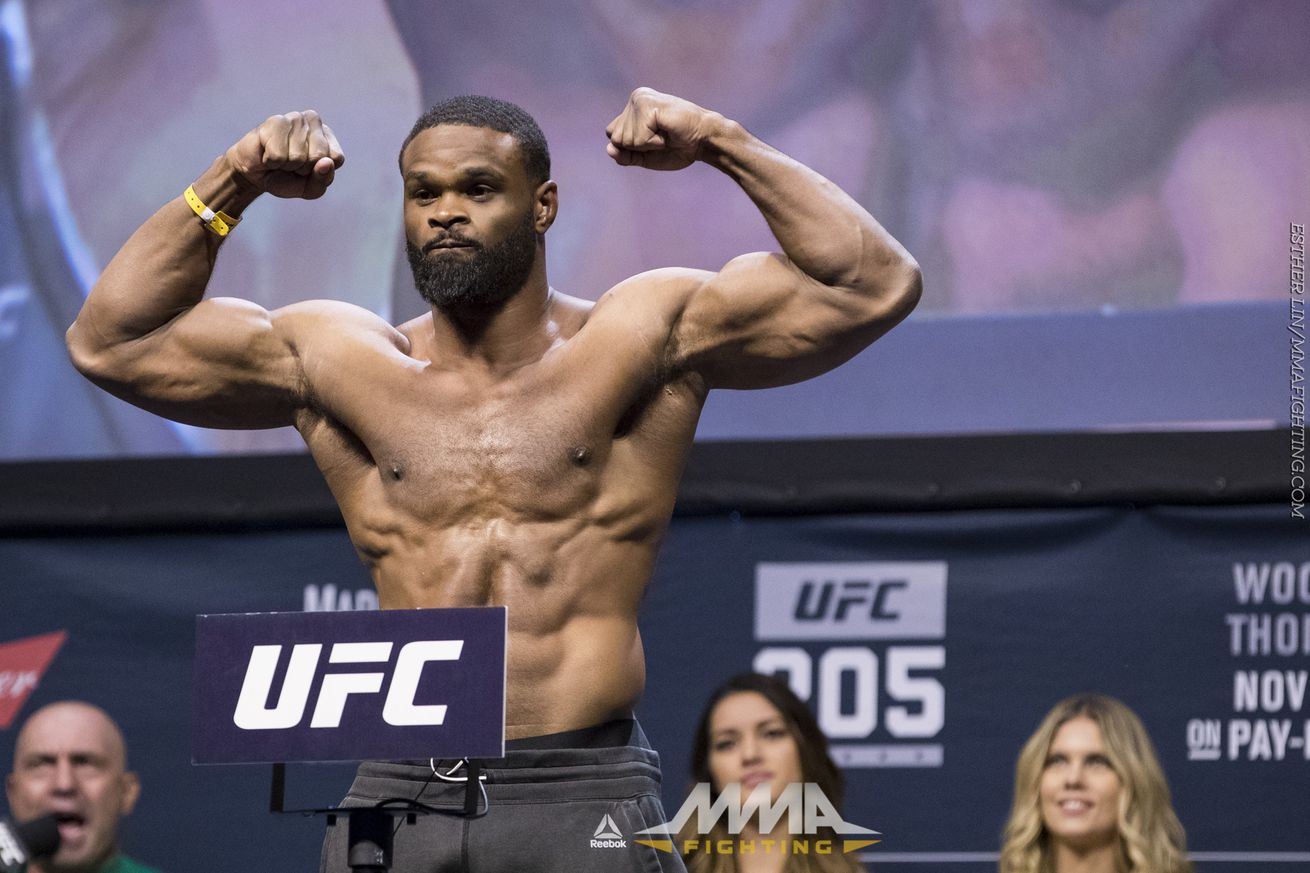 Woodley and Thompson went back and forth in a memorable five-round battle at New York’s Madison Square Garden at UFC 205 on Saturday night.

After inexplicably pulling ring announcer Bruce Buffer out of the cage, the commission incorrectly read the fight result as a split-decision victory for Woodley.

But the scores — a pair of 47-47s and a 48-47 for Woodley — was a majority draw. And while Woodley retains the title, the reading, which was later corrected, put a damper on one of the year’s most compelling fights.

Woodley had a tremendous opening round, scoring a takedown and working Thompson over from top position with a mix of powerful punches and elbows.

In the second and third, the kickboxer known as “Wonderboy” took over, as he kept Woodley backpedaling, often against the fence, and darting in and out with well-mixed combos.

In the fourth, however, the champion had a gigantic round, he twice dropped Thompson with huge right hands. After the second, he followed up with a very tight guillotine choke, which Thompson somehow eventually escaped. It was almost assuredly a 10-8 round for Woodley.

“i had him rocked with a shot, I should have created more space, I landed some hard punches,” Woodley said.

But in the fifth, Thompson regained momentum, which led to to the odd final scorecard.

“I thought I did enough to win, I thought I got it done in the last round,” Thompson said. “But it is what it is. We will do it again.”