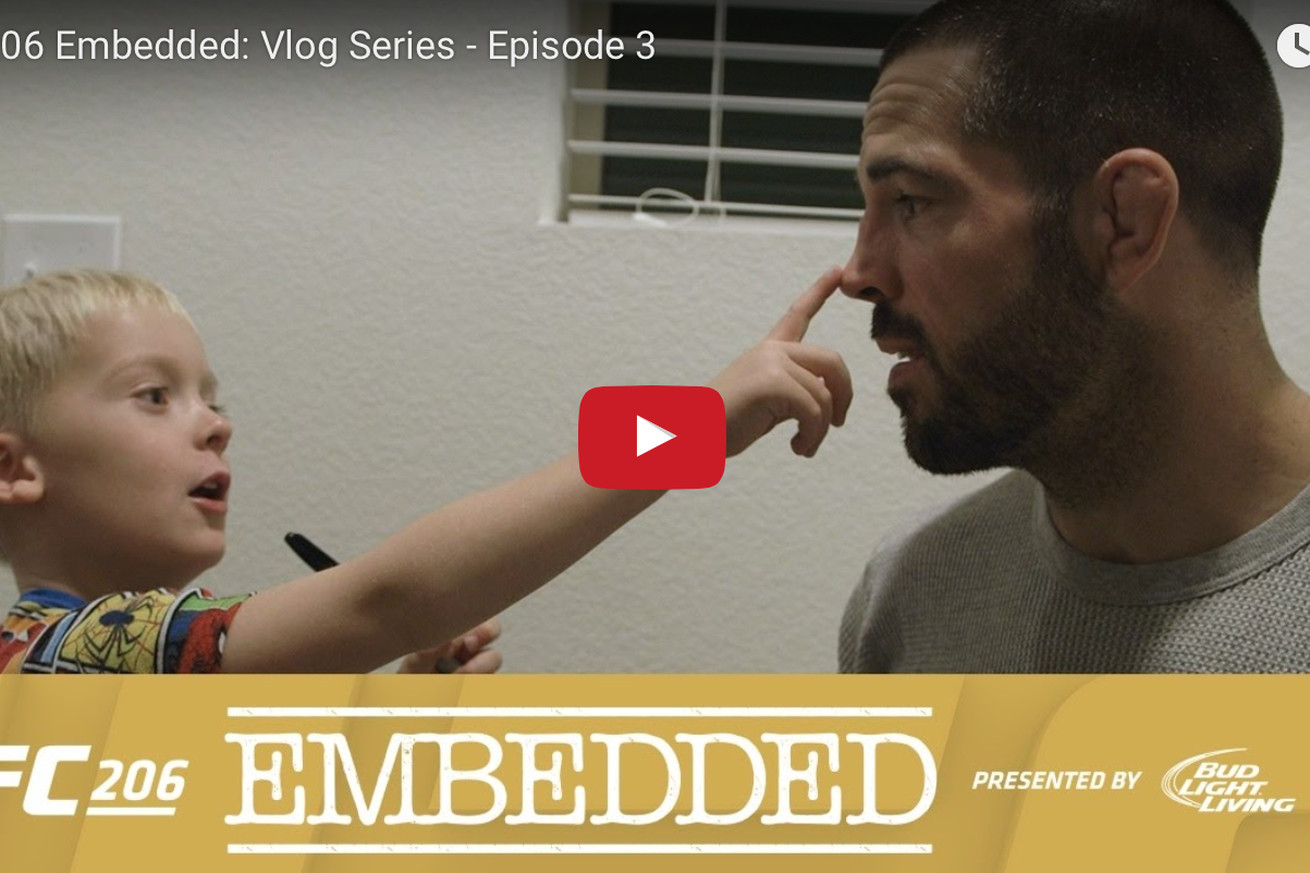 That means giving mixed martial arts (MMA) fans a closer look at the major players of this weekend’s big shebang, including Max Holloway and Anthony Pettis as they collide for the interim featherweight title, along with welterweight sluggers Donald Cerrone and Matt Brown.

If you missed episodes one and two of UFC 206 “Embedded” click here and here.

MMAmania.com will deliver LIVE round-by-round, blow-by-blow coverage of the entire UFC 206 fight card on fight night, starting with the Fight Pass “Prelims” matches online, which are scheduled to begin at 6:30 p.m. ET, and then the remaining undercard balance on FOX Sports 1 at 8 p.m. ET, before the PPV main card start time at 10 p.m. ET.

To see the entire UFC 206 fight card and line up click here.