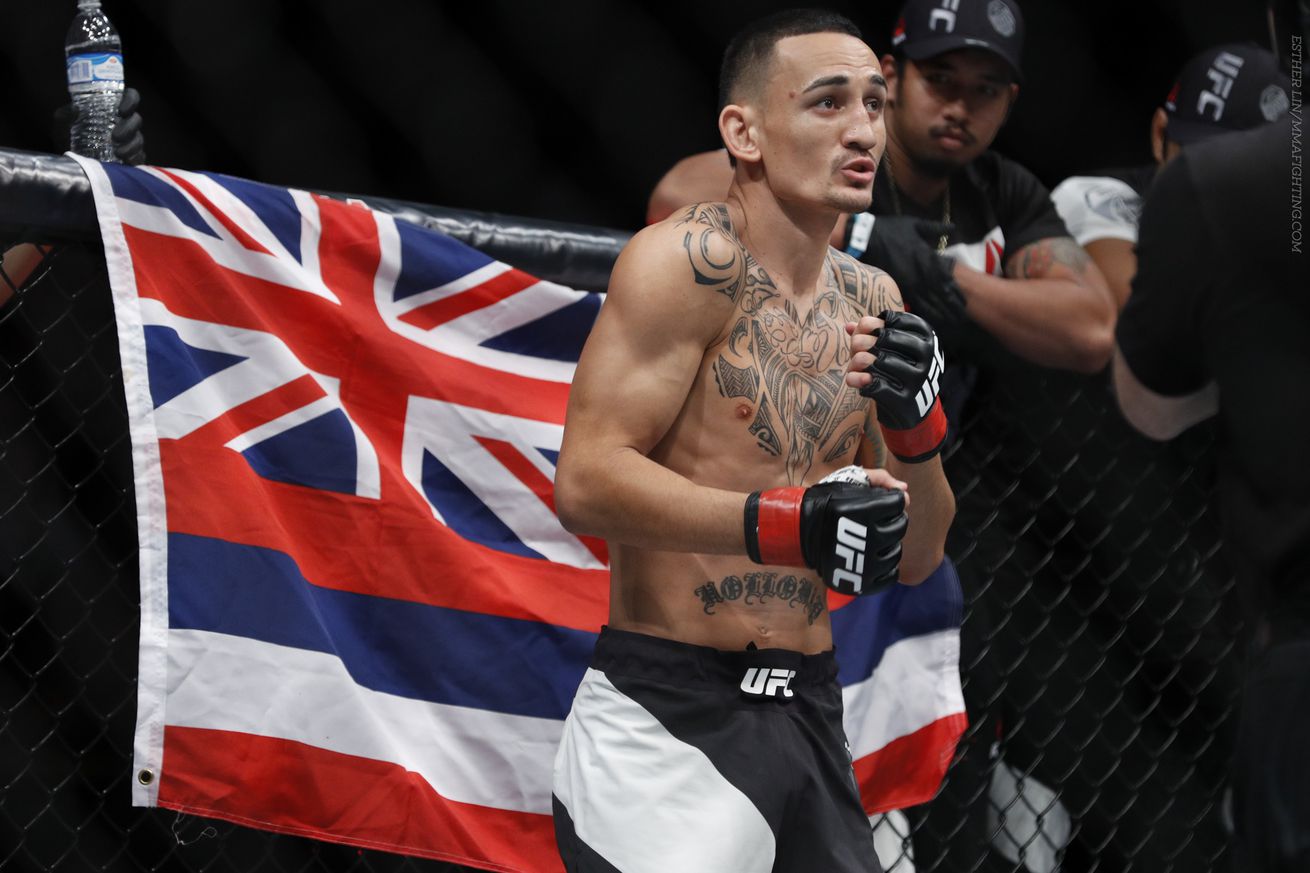 This card is finally here, and so many weird circumstances and decisions have brought a lot of negativity around the event. But if we ignore the outside factors that shaped this card, it’s a solid night of fights. This UFC pay-per-view hosts a kind-of title fight, depending on who wins between high-level strikers Holloway and Pettis, and a series of fan-friendly fights that all carry potential to be Fight of the Night in Cerrone vs. Brown, Swanson vs. Choi, Kennedy vs. Gastelum, and Mein vs. Meek.

This fight is hard to pick, and I’ll explain why. If Anthony Pettis was going up against a skilled wrestler, I’d probably pick against him, as the blueprint to defeat him using wrestling is well known by now. However, Max Holloway doesn’t have the body frame or skill set to pull off that kind of strategy on Pettis. Holloway is a high-level striker, and has good grappling too, but not the kind of a grinding wrestler. That’s not to say a striker can’t find success against Pettis, as we saw Barboza use his muay thai to defeat the former champ. But it does makes things a bit harder to predict.

Pettis is a fighter that requires distance for his striking to really flow at its best. He experiences issues once guys pressure him and cut that distance he needs to operate in, whether it’s with wrestling or striking. Holloway has proven that he can be a pressure fighter and also does it at a high pace, which might be an issue for Pettis over the course of five rounds considering he’s had a tough weight cut in this camp.

At 25 years of age, and riding a nine-fight winning streak, I find the momentum to be behind Holloway. I see Holloway pressuring Pettis throughout the fight, and I see it being a competitive contest in the early rounds. But as the minutes go by, I see Holloway’s tenacity, pressure, and volume in strikes getting the better of Pettis.

Between both these guys there are a combined 18 UFC Fight Night bonuses. My guess is that the number changes to 19 after Saturday night. I love this match up and I find it to be the best candidate for Fight of the Night.

I didn’t have much faith in Cerrone’s welterweight run until I saw him wreck Rick Story. I thought “Cowboy” would experience issues once he began facing the big boys at 170 pounds, who could really pressure and outmuscle him in the grappling department, but that doesn’t seem to be the case. At welterweight, Cerrone has shown that he carries a good amount of power and has a speed advantage over most guys. Technique wise, I find that at 170 pounds, Cerrone looks sharper and cleaner in both his striking and grappling. And that means a lot considering he was already a beast at lightweight.

Meanwhile, Brown hasn’t had the best run as of late, but he’s gone up against killers. “The Immortal” is tough, durable, and has a well-rounded game. He has the dangerous ability of turning bouts into ugly wars, knowing that he can outlast and eventually break his opponents.

This should be a fun fight, with good moments for both fighters, but I see Cerrone’s technical abilities on the feet being a major factor here.

Another fun fight here, pairing a crafty veteran vs. a dangerous, promising prospect.

Doo Ho Choi is an interesting fighter. He looks stiff with his striking, as he’s shown very little head movement or footwork. But that’s worked for him, as it lures his opponents to attack and he’s quick at moving away from any incoming shots, opening up for a counter strike. He’s somewhat similar to McGregor in that regard, and he calculates his shots very well, doesn’t really waste anything he throws, connecting often. Choi also has certain mystique about him, as he’s yet to have a UFC fight that has exposed any holes or weaknesses.

But if there is a man to to that job, it’d be Cub Swanson. “Killer Cub” is by far the best opponent Choi has faced to this date. Now, Choi hasn’t been fighting any bums, as Thiago Tavares and Sam Sicilia are both game opponents, but we can agree that Cub is at a higher level. Although, I’m very impressed with Choi, I think Swanson is too experience and crafty to let this fight slip past him. I see Swanson maybe finding himself in trouble early in the fight, but eventually figuring out a way to win.

A bit of an odd fight here, as we have one of the bigger middleweights fighting a welterweight. I’m very aware of Gastelum’s inability to make 170 pounds, but that doesn’t make him a middleweight.

Gastelum is a very skilled fighter with good boxing and solid wrestling. He’s also tough, physically strong, has a great chin and carries good power behind his punches. I think at 25 years of age, and with victories over Rick Story, Jake Ellenberger, Nate Marquardt, and Johny Hendricks, the ceiling is still very high for Gastelum despite his weight-cutting issues.

Meanwhile, Tim Kennedy’s ceiling is much shorter than Gastelum’s being 37 years old. I think Kennedy could very well be in his prime even at 37. The guy is in ridiculous shape, and has had a very healthy career. I can’t really remember the last time he pulled out of a fight. Kennedy is tough as hell and is very well-rounded. His grappling is great and so is his boxing.

I find experience and size to be a key in this fight. I see Kennedy having a very smart fight and beating Gastelum anywhere the fight goes.

Emil Meek is a very aggressive fighter, who is always looking to take your head off from the very beginning of the fight. He’s very athletic, physically strong, and has solid striking. I find Mein to be light years ahead in experience here. I also think he’s a bit more polished when it comes to technique. Mein is the smarter fighter, and that should be enough to get him the win. The long layoff is a bit of a concern , but with almost 40 fights on his record, I think Mein will find a way to make it work.