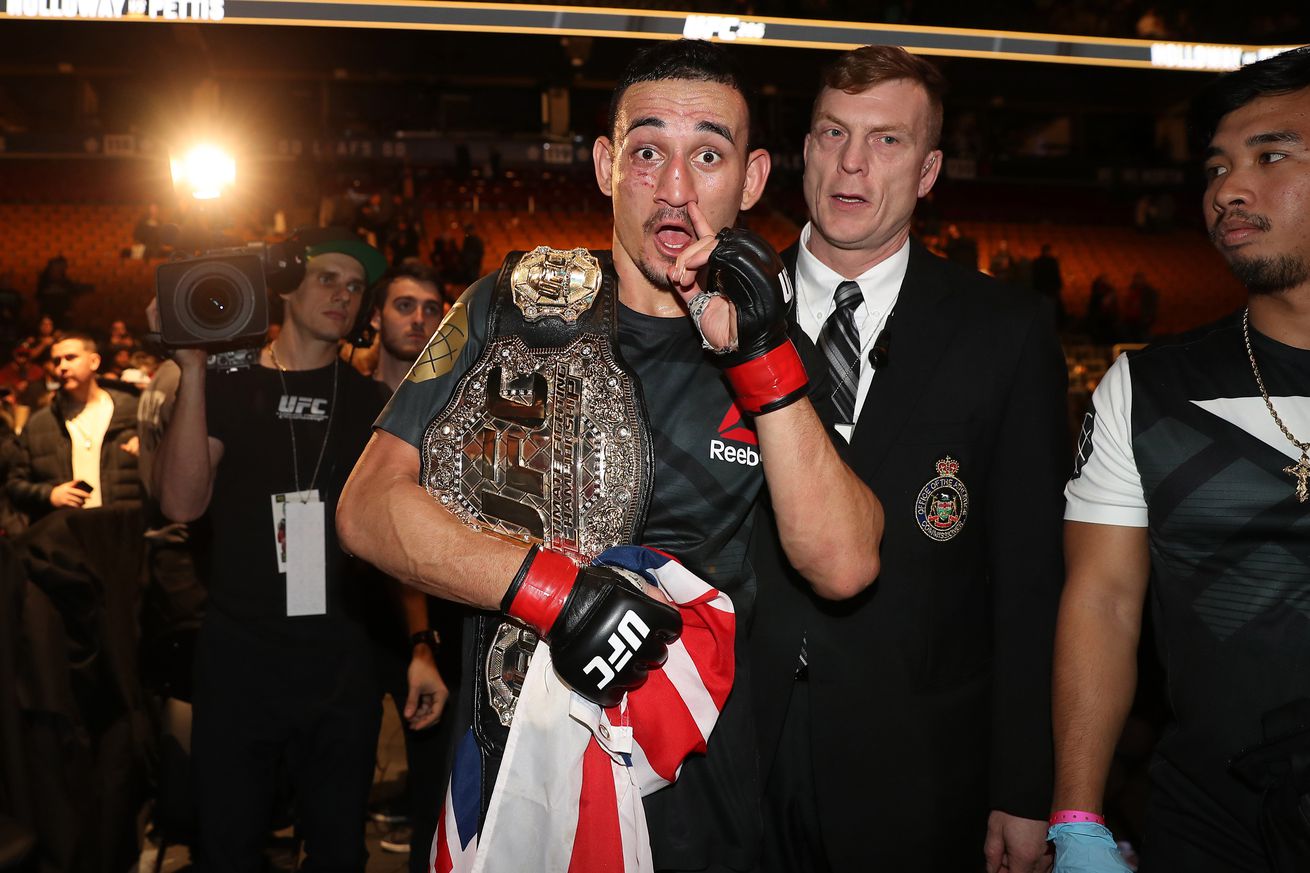 Every time a bell rings, a holiday classic gets KTFO.

The UFC 206 pay-per-view (PPV) event, which took place earlier this month in Toronto, Ontario, Canada, was repackaged for the FOX network on Christmas Eve (Dec. 24, 2016), where it finished first in the prime time ratings.

The condensed version of “Holloway vs. Pettis” — headlined by Max Holloway’s technical knockout win over Anthony Pettis — garnered a 1.6 rating with 4.70 million viewers compared to It’s a Wonderful Life on NBC, which came in second with a 1.0 rating and 4.49 million viewers.

UFC 206 had a little assistance from its NFL lead in, according to TV By The Numbers, and it also helps that FOX doesn’t replay the same event every year at the same time like the aforementioned holiday tear-jerker.

For complete UFC 206 results and wrap-up from the “Holloway vs. Pettis” event click here.