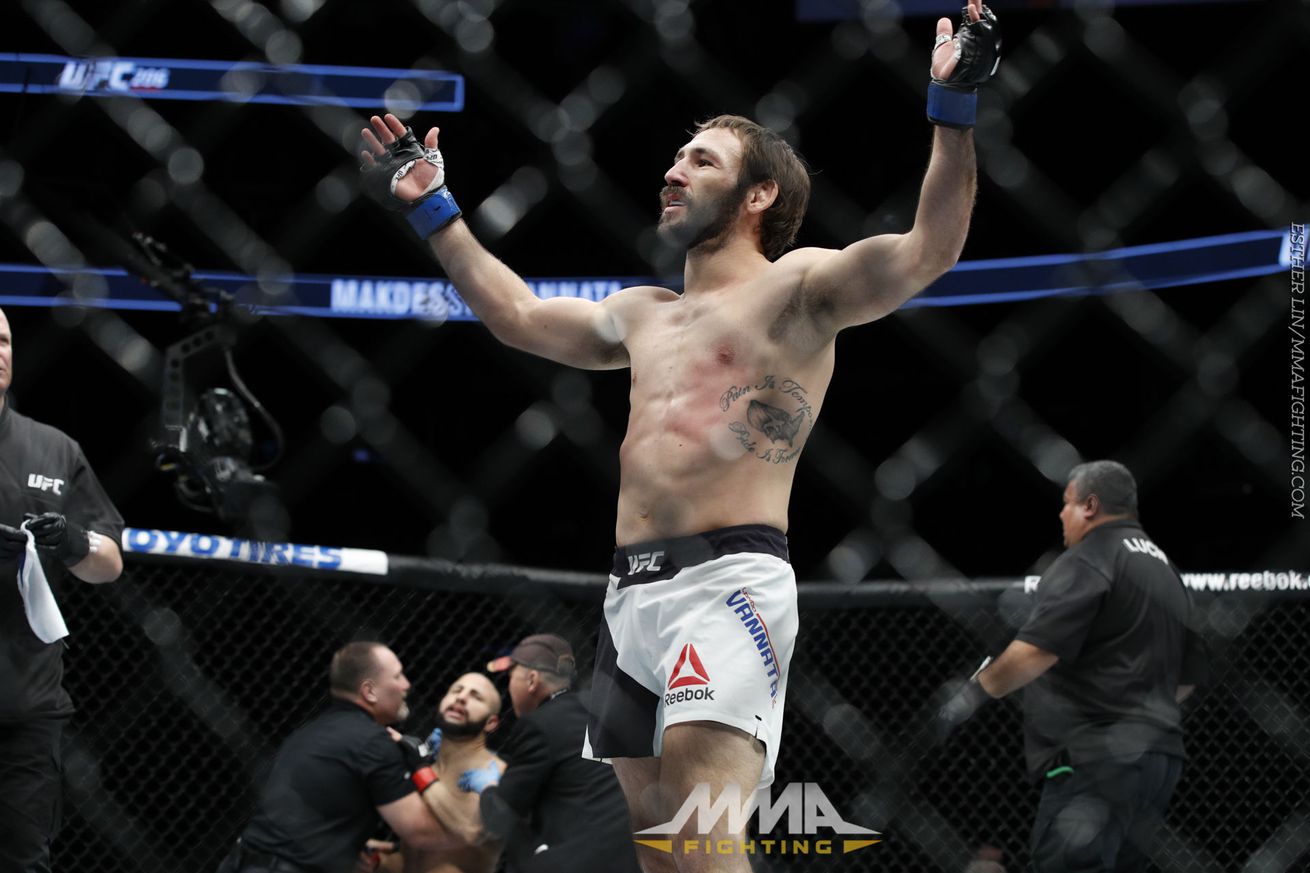 Back in July, Lando Vannata put in a textbook “raise-your-stock-in-defeat” performance, as he engaged in a wild bout with top lightweight contender Tony Ferguson as a short-notice replacement in his UFC debut before losing in the second round.

Saturday, the JacksonWink MMA fighter proved his previous performance was no fluke. Vannata improved to 9-1 with a Knockout of the Year contender of a finish against veteran John Madkessi at UFC 206. The time of the finish at Toronto’s Air Canada Centre was 1:40 of the opening round.

Vannata was aggressive from the outset, pushing forward and throwing kicks. Makdessi landed a few solid jabs of his own, but made his crucial error when he circled the wrong way. Vannata responded with a picture-perfect spinning wheel kick which knocked Makdessi nearly unconscious and brought an immediate end to the fight.

Vannata, who earned a Fight of the Night bonus against Ferguson, smells another post-fight bonus afterward.

“I’m so happy,” Vannata said after his eighth career stoppage win. “I think that deserves 50 f***ing Gs right there. I’ve been working around that all camp, working on a back kick.”

Makdessi (14-6) has dropped three of his past four.