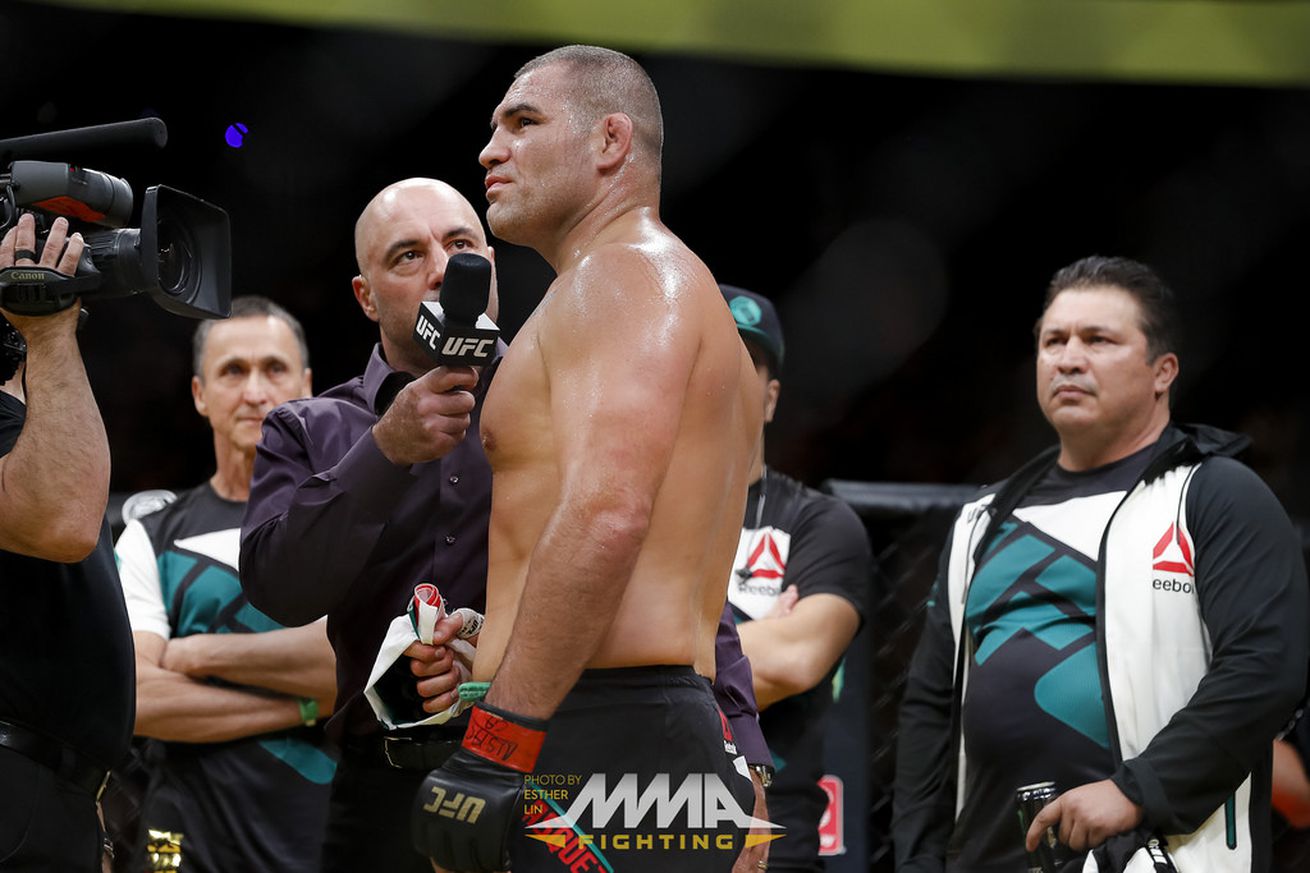 Preparing for a fight camp is already a tough challenge for any fighter. It doubles in difficulty and agony if you’re doing it with non-stop pain. That’s what former Ultimate Fighting Championship (UFC) Heavyweight champion Cain Velasquez is going through as he gears up to rematch Fabricio Werdum at UFC 207 on Dec. 30, 2016, in Las Vegas, Nevada. In fact, Velasquez recently told ESPN that he will be undergo surgery five days after the fight to correct a lingering health issue.

It’s a pain that also forced him out of his previous scheduled fight with “Vai Cavalo” at UFC 196 earlier this year.

“It’s an achy pain that goes down your leg and it gets to a point where if you’re standing for 10 minutes, you have to sit down,” Velasquez explained. “If you’re going out for a while, a half-hour, you know it’s going to be pretty painful. You have to sit down and take the compression off your back.”

Velasquez had a similar procedure done earlier this year. And as he explains, the pain is caused by pressure brought on to his sciatic nerve because of bone spurs.

“The surgery is basically shaving off some bone to make room for my sciatic nerve. After the last surgery, the doctor said I might be pain-free forever, but knowing how I train and what I do as a fighter, the pain could come back. I didn’t really know how long I was going to feel good. It ended up being about a year.”

Pulling out this time around was no an option for Velasquez, as he desperately wanted the chance to get some revenge on Werdum after losing to him at UFC 188. That’s the reason Velasquez turned to Cannabidiol (CBD) — one of the compounds that makes up cannabis — to help ease the pain. As of now, CBD is not prohibited by United States Anti-Doping Agency (USADA), so he can take it with a clear mind … though he intends to ease up come fight week.

“It’s the only thing that allows me to still train, and I’m not taking a harmful pain killer into my body that I’ll later become addicted to,” Velasquez said as he revealed he was taking the substance via oral spray. “I don’t know how everyone is going to feel about me saying this, but this is just one of the hard facts we as fighters have to go through. In the past, in the NFL, players have gotten addicted to pain killers. I don’t want to be an addict of some sort.”

CBD has allowed Velasquez to go about his regular training routing, which means he will be fully prepared for his upcoming bout. While you can fully expect the critics to say his aches and pains are just built-in excuses should he suffer his second loss to Werdum, Velasquez is adamant he is feeling great nine days out.

“As far as preparation, I’ve done everything,” Velasquez said. “I’ve sparred, wrestled. I’m not missing workouts at all. I’ve done my conditioning — everything. I feel great going into this. This fight is about getting revenge, and that’s why I like it. It’s a fight I asked for, and it’s a fight I really wanted,” he concluded.

Velasquez made a successful return from his first back surgery earlier this year, taking out Travis Browne at UFC 200 via first-round knockout. As for “Vai Cavalo,” his last win was also against “Hapa” at UFC 203.

To learn more about UFC 207 — which features a women’s Bantamweight title fight between Amanda Nunes and Ronda Rousey — click here.