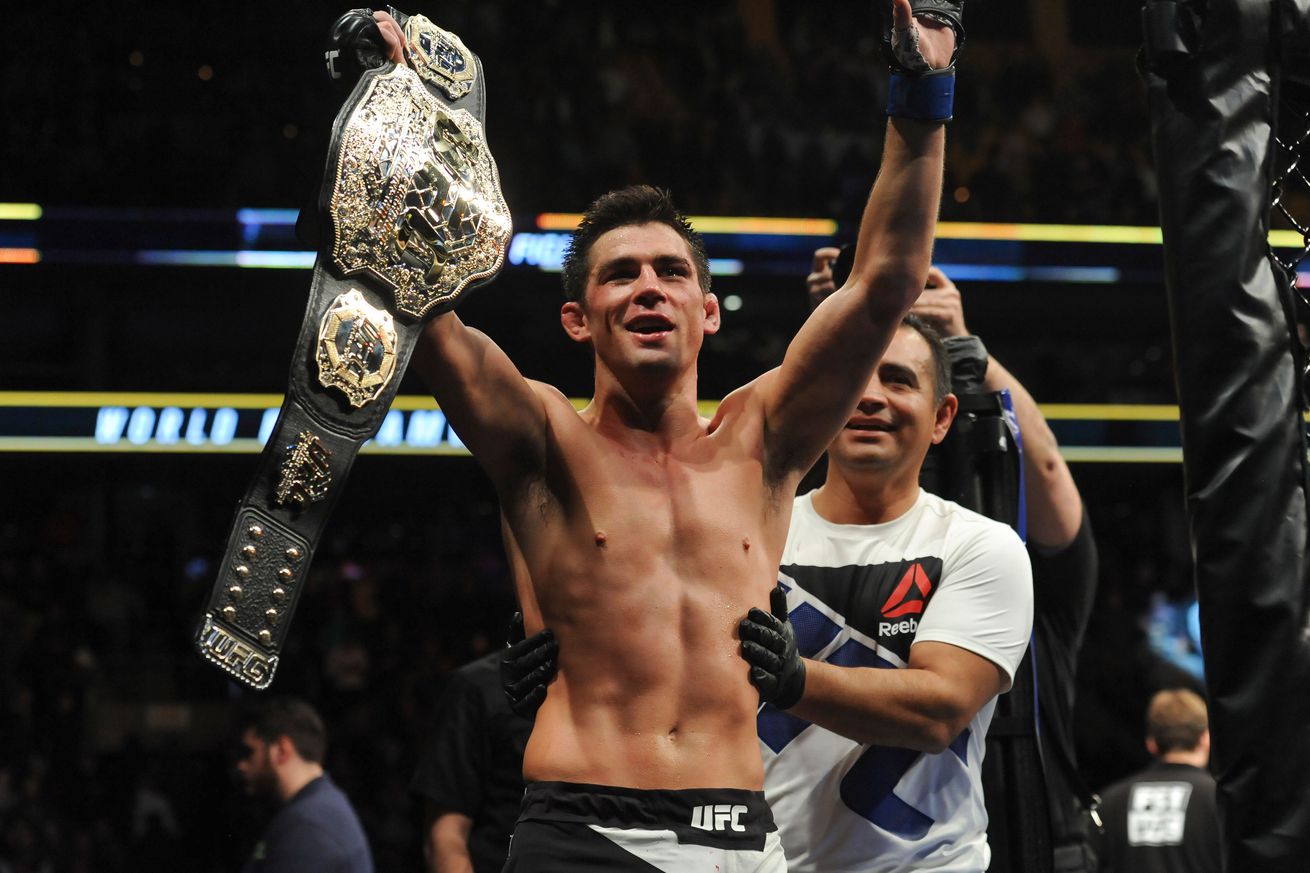 Championship double dip! The men’s and women’s Ultimate Fighting Championship (UFC) Bantamweight belts will both be on the line on the same night (Sat., Dec. 30, 2016) at UFC 207, which will take place inside T-Mobile Arena in Las Vegas, Nevada.

Dominick Cruz will likely defend his 135-pound title in the pay-per-view (PPV) co-main event against No. 6-ranked division contender, Cody Garbrandt, according to MMAFighting.com. The Cruz vs. Garbrandt clash will set the table for the main event of the evening between women’s 135-pound champion, Amanda Nunes, and former queenpin, Ronda Rousey.

Cruz is in the midst of an impressive three-fight win streak after spending almost three years on the sidelines recovering from various leg-related injuries and surgeries. He torched Takeya Mizugaki via first round knockout in his comeback fight and then took a split decision over then-champion T.J. Dillashaw after another year-long layoff to reclaim his world title. “Dominator” most recently defended his title against Urijah Faber over the summer at UFC 199 to get the edge in their trilogy match (2-1).

Garbrandt, meanwhile, talked himself into a championship fight after back-to-back-to-back violent first round finishes of Augusto Mendes, Thomas Almeida and Takeya Mizugaki this year. Cruz has been a willing participant in the verbal warfare, examples of which you can sample here, here, here and here.

Sorry, Bryan Caraway. Dillashaw won’t be too happy when he hears the news, either. But, this is the new UFC, where tenure, rankings and other logical things seemingly don’t mean much when compared to more marketable match ups.

To check out the latest UFC 207: “Nunes vs. Rousey” fight card and rumors click here.