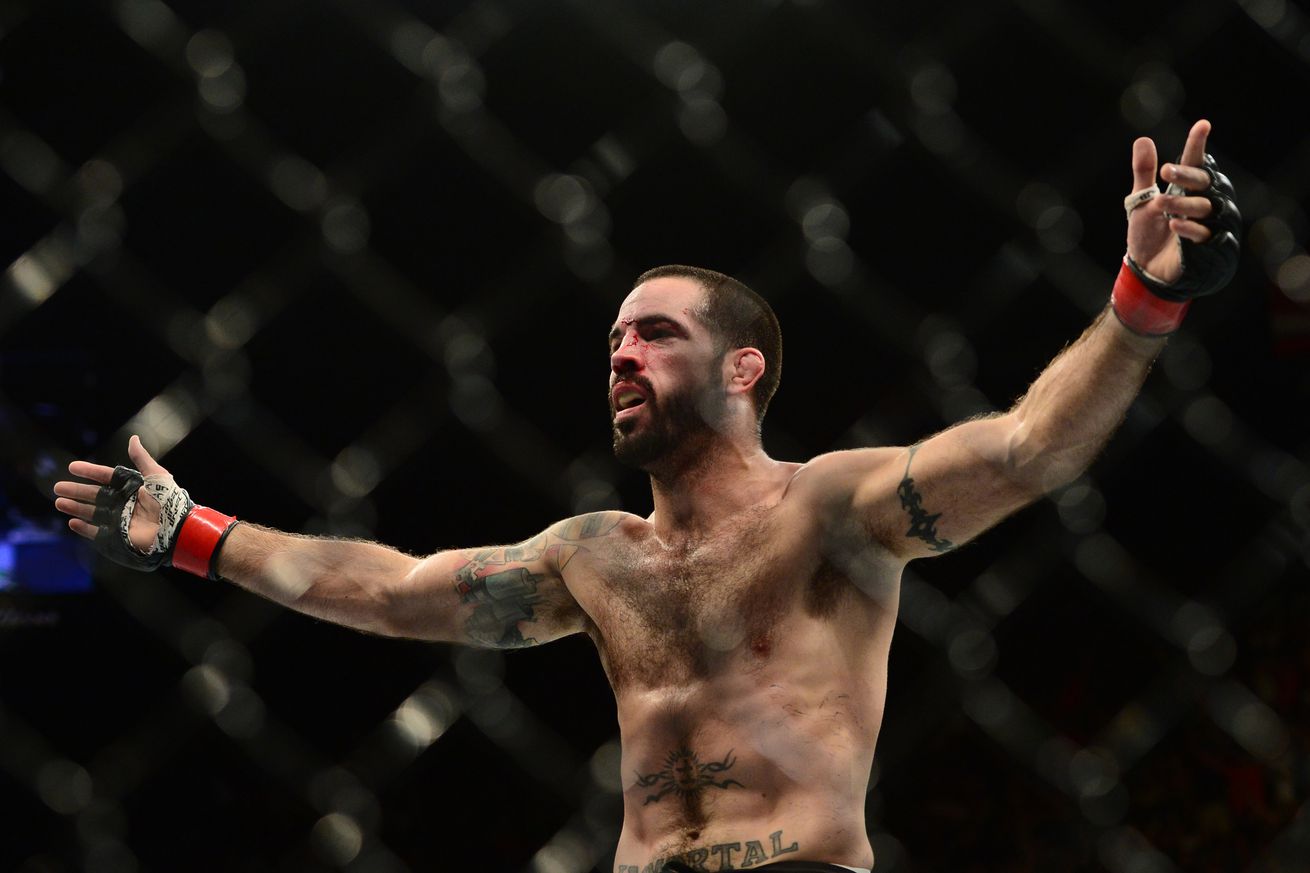 Former Top 10-ranked Ultimate Fighting Championship (UFC) Welterweight contenders, Matt Brown (No. 14) and Tarec Saffiedine (No. 15), will look to remain in the 170-pound elite at each others’ expense when they lock horns at UFC 207, which takes place inside T-Mobile Arena in Las Vegas, Nevada, on Dec. 30, 2016.

MMAFighting.com brought word of the year-end match up earlier this afternoon.

Brown — who was in the thick of the title chase just two years ago, holding a win over current No. 1 division contender, Stephen Thompson, back in 2012 — has won just once (Tim Means, UFC 189) in his last five outings. He has dropped back-to-back bouts, most recently succumbing to a desperate Jake Ellenberger’s body blow at UFC 201 three months ago.

Saffiedine, meanwhile, has dropped two of his last three matches, a win over the aforementioned Ellenberger sandwiched between losses to Rory MacDonald and Rick Story. Health-related issues for the former Strikeforce Welterweight champion have limited him to just four Octagon appearances in more than two years.

UFC 207 will feature a main event between women’s Bantamweight champion, Amanda Nunes, who will welcome back the promotion’s biggest star — and former 135-pound queenpin — Ronda Rousey after a year-long, self-imposed hiatus from the sport.