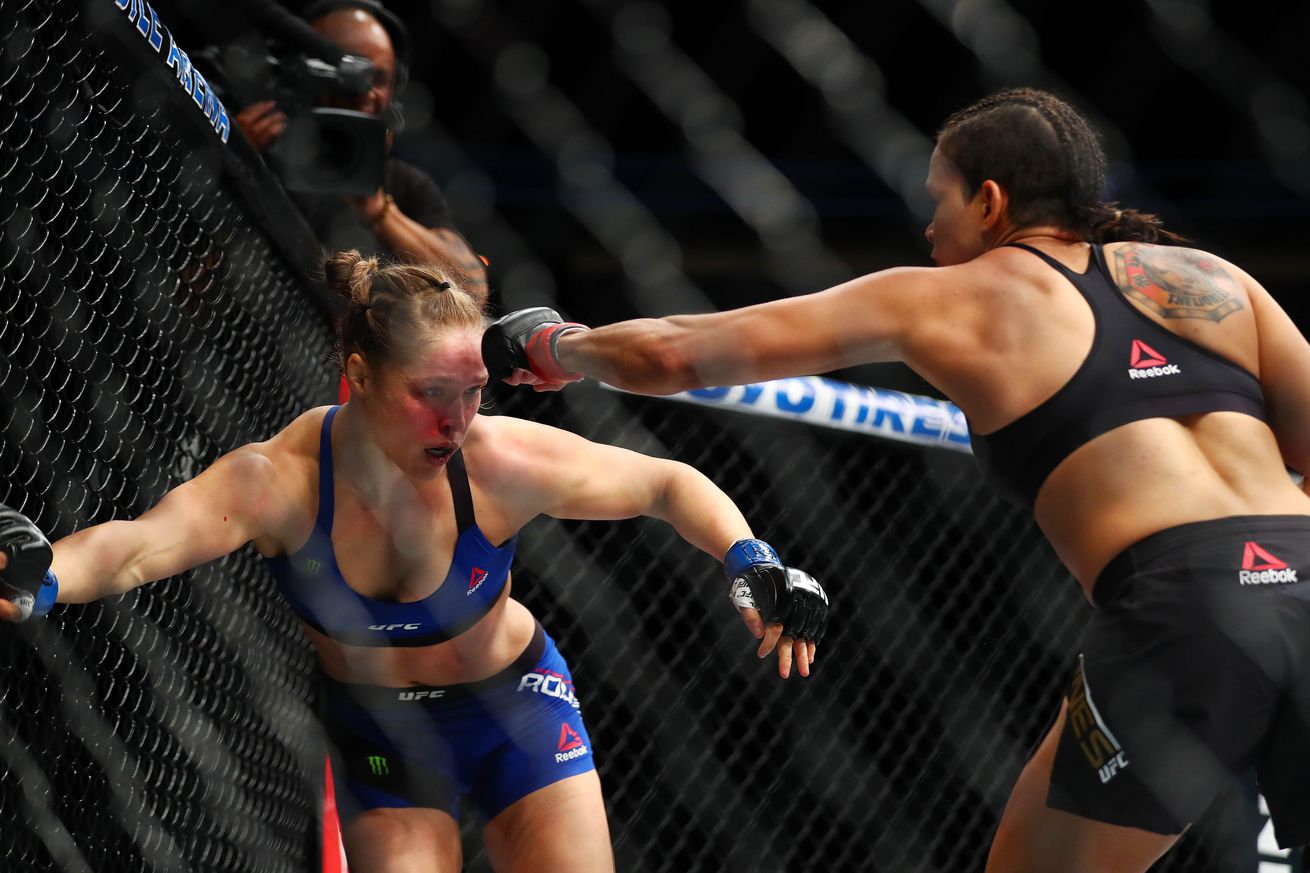 Ultimate Fighting Championship (UFC) trotted out its biggest star, Ronda Rousey, tonight (Dec. 30, 2016) to close out its 2016 mixed martial arts (MMA) campaign. “Rowdy” stepped away from the sport for 13 months after suffering a brutal knockout in her last appearance against Holly Holm. During that time, Rousey slid into seclusion, getting her mind — and body — right for a triumphant, dramatic return to the Octagon to reclaim her world title.

It read like a Hollywood movie script; however, there was just one major problem: This was a real cage fight. And reigning women’s Bantamweight champion, Amanda Nunes, was not about to rollover in the UFC 207 pay-per-view (PPV) main event inside T-Mobile Arena in Las Vegas, Nevada.

On the contrary, Nunes came out confident and rocked Rousey in the opening seconds with an overhand right. It was literally the beginning of the end for Rousey, who was once the most-feared female walking the planet. Nunes continued to drill her from distance with laser-like punches for which Rousey literally had no answer. Indeed, she was hanging on for dear life as the Brazilian continued to torch her with blistering combinations.

To her credit, Rousey never went down even though Nunes was nailing her with hard, clean shots. Referee Herb Dean gave Rousey every opportunity to snap out of it, but it wasn’t happening as Nunes continued her vicious assault. Finally, 48 seconds into the match, Dean pulled off Nunes as Rousey slumped along the cage, barely hanging onto consciousness — the lights were on, but nobody was home.

Rousey did it her way — all the way — and it still was not enough. Not even close. During her time away from the sport, she did not fix the gaping hole in in her game. Furthermore, she looked shell-shocked and scared the moment Nunes stung her with that first punch. It’s unclear what the future holds for her inside the Octagon — she is no longer the fighter she once was, now badly damaged after back-to-back devastating knockouts.

Nunes, meanwhile, delivered the performance of a lifetime last night. UFC 207 was all about the return of Ronda Rousey and Amanda Nunes was her sheep to slaughter. She wasn’t going to allow that to happen, though, using Rousey as a stepping stone to shine a spotlight on her incredible skill and determination.

For complete results from UFC 207: “Nunes vs. Rousey,” including play-by-play updates, click here and here.