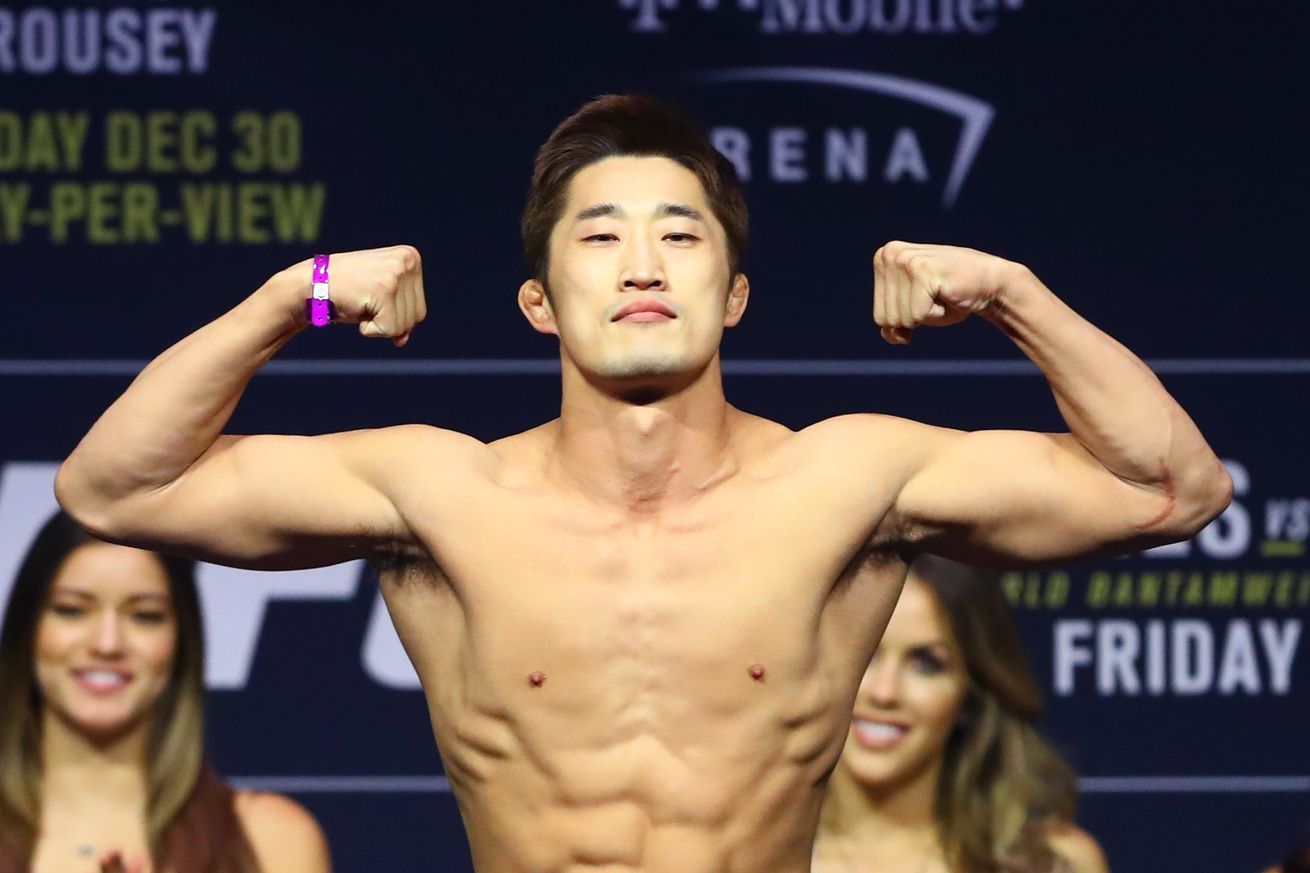 Dong Hyun Kim and Tarec Saffiedine collided at UFC 207 tonight (Dec. 30, 2016) inside T-Mobile Arena in Las Vegas, Nevada, with the winner looking to inch up the Welterweight division’s Top 10 ladder heading into the New Year.

In the end, the constant pressure of “Stun Gun” was the difference-maker over the former Strikeforce 170-pound champion, as the South Korean eked out a grueling split decision win.

Both fighters didn’t waste time mixing it up as the pair almost immediately clinched and jockeyed for position along the cage looking to score a takedown. Saffiedine was able to get a trip, and then a throw, but Kim popped back to his feet on both occasions. Kim put together a nice one-two combination that put Saffiedine on defense. Kim continued to walk him down as Saffiedine uncorked some punches just to get him off his scent. Saffiedine actually landed a nice right hand, but Kim kept charging forward unfazed. Saffiedine landed a grazing headkick moments later, but once again, it did not affect Kim, who was tripped once again along the cage as the round came to a close.

The seconds round started with KIm winging punches, but it was Saffiedine who connected with a clean shot. Kim was relentless with his pursuit as Saffiedine continued to circle away out of danger. The pair would lock up along the cage in spurts, but then it was back to Kim chasing after Saffiedine. The crowd began to grow restless as Kim slammed home hard right-handed jab. Much like the first round, the second stanza lacked substance and significance, making it a very hard round to score.

It was unclear who was winning the match by the time the third round rolled around, compelling both Kim and Saffiedine to slug it out with reckless abandon to open the third and final frame. Both fighters landed some solid shots, but after about 30 seconds of madness, it went straight back to the original script: Kim chasing and smothering Saffiedine with pressure as the pair battled for position along the cage. With 10 seconds remaining, Kim’s persistence finally paid off, as he was able to secure a takedown and take Saffiedine’s back before the fight ended.

That may or may not have sealed the win on at least one judges scorecard, one of which read 30-27 for Saffiedine. It wasn’t the prettiest win, but Kim knocked off some ring rust and took out a ranked contender, which bodes well for him moving forward.

For complete results from UFC 207: “Nunes vs. Rousey,” including play-by-play updates, click here and here.