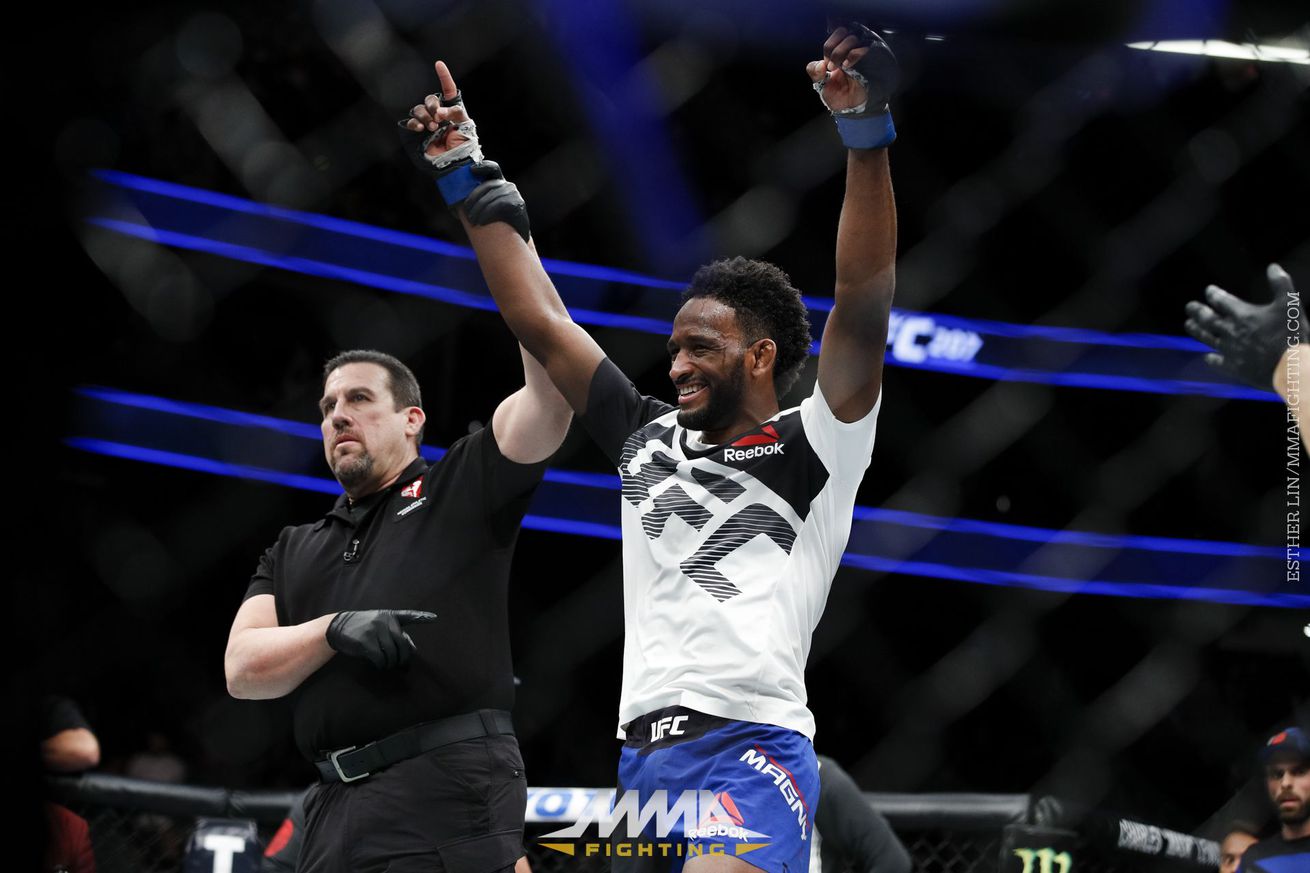 A listless Johny Hendricks was hoping his wrestling pedigree would be his savior in a UFC 207 bout against Neil Magny.

The former UFC welterweight champion missed weight for their Saturday fight at T-Mobile Arena in Las Vegas by 2 1/2 pounds — his third weight-cutting fiasco in his past four scheduled fights — and didn’t appear to have much to offer against Magny savefor his NCAA championship wrestling pedigree.

He almost pulled it off, but not quite.

Magny counteracted Hendricks’ takedowns with active work from the bottom, outstriking Hendricks and working for submissions. A late flurry from that position was likely the difference, as Magny took a unanimous decision. The judges’ scores were 29-28 across the board.

“I think I had him in the first and third rounds,” Magny said. “This fight, he came in wanting to wrestle. I outstruck him and outgrappled him.”

Magny (19-5) has now won four of his past five fights and 11 of his past 13. Hendricks, who said before the fight he will move up to middleweight, has lost three straight and four of five.