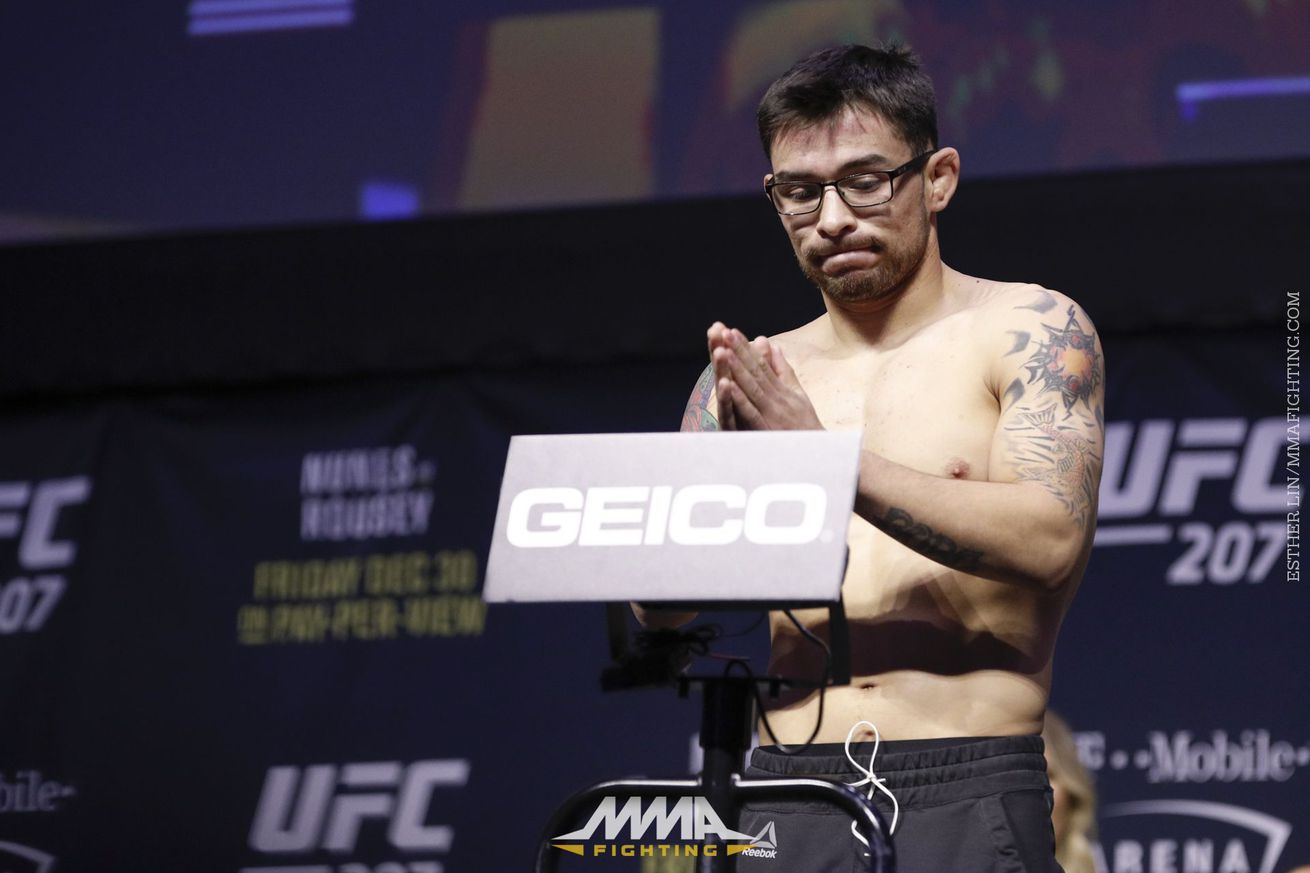 There will be an asterisk attached, since he missed weight. But there’s no doubt Ray Borg was impressive against Louis Smolka on Saturday night at UFC 207.

Borg established his presence early on by getting best of scrambles in the opening round, and then asserting himself in top position. A flurry of ground-and-pound strikes caused Smolka to come out of the opening round with a pair of bloodied eyes.

In the second, there was more of the same. Smolka stayed game and attempted to counter with submissions. Borg, of Albuquerque, N.M., told his corner after the second that he broke his ankle. While he limped after the fight, there were no obvious signs of a major injury.

In the third, Borg once again dominated, including a deep arm triangle, but Smolka managed to go the distance.

Borg improved to 10-2 with his fourth win in his past five fights. Smolka is now 11-3 with back-to-back losses.