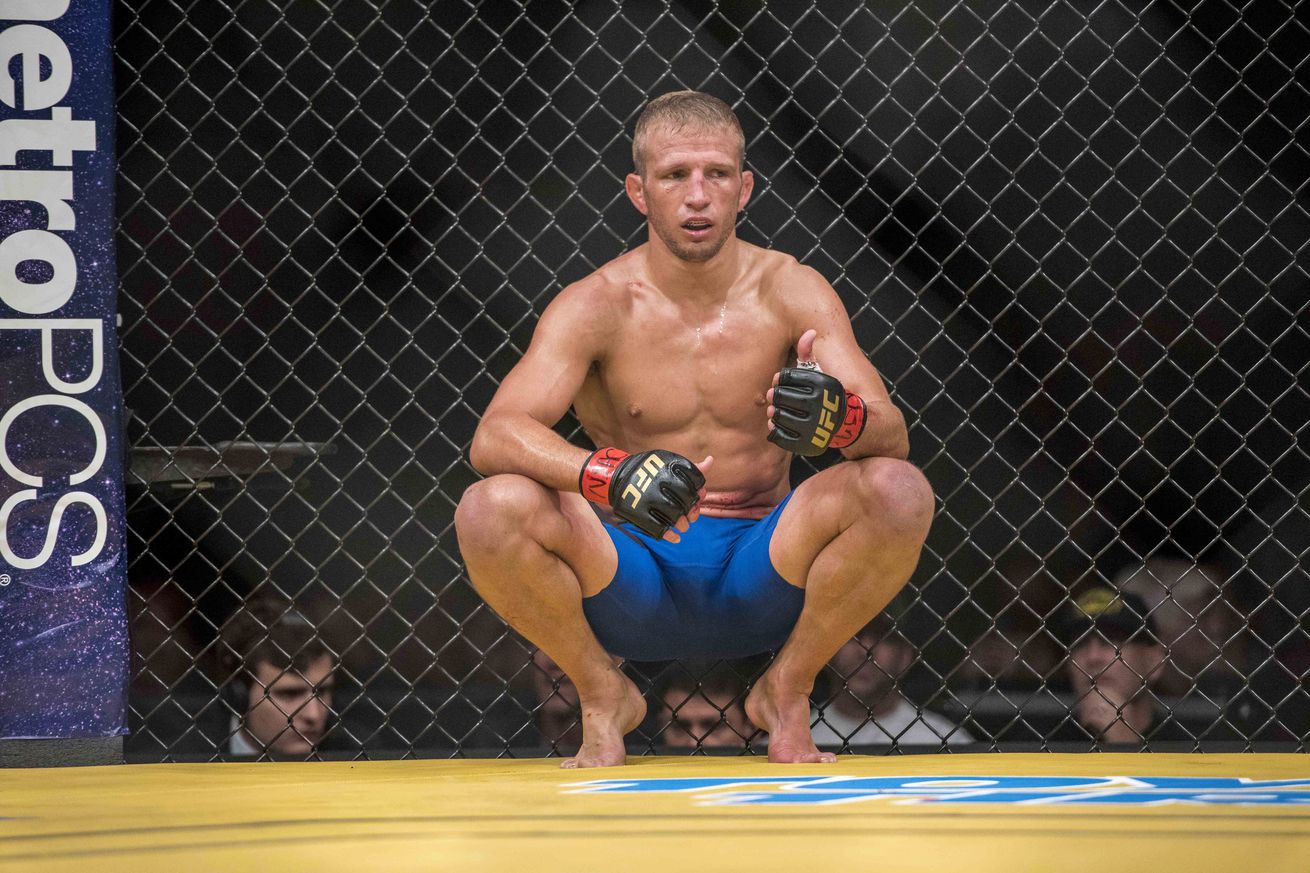 TJ Dillashaw vs. John Lineker, according to ESPN.

Dillashaw (13-3) has been airing his many grievances about the current state of the bantamweight union, after matchmakers passed him over for a 135-pound title shot. The former Ultimate Fighter (TUF) finalist surrendered his strap in a hotly contested split decision loss to Dominick Cruz back in January, but rebounded by turning away Raphael Assuncao last July.

Lineker (29-7), meanwhile, abandoned the flyweight division after a series of failed weight cuts and is now the winner of six straight. He’s still unable to make weight on a consistent basis, which may or may not have led “Hands of Stone” to consecutive victories over Michael McDonald and John Dodson, the latter of which took place just last month in Portland, Oregon.

Wanna see these two throw down? Here’s how to scoop up tickets.

UFC 207 will feature the return of former women’s bantamweight champion Ronda Rousey, who will attempt to reclaim her 135-pound title at the expense of current division queenpin, Amanda Nunes. In addition, bitter bantamweight rivals Dominick Cruz and Cody Garbrandt will look to settle their score in the UFC 207 co-main event, as well as take home the 135-pound title that is currently owned by “The Dominator.”

To check out the latest and greatest UFC 207: “Nunes vs. Rousey” fight card and rumors click here.