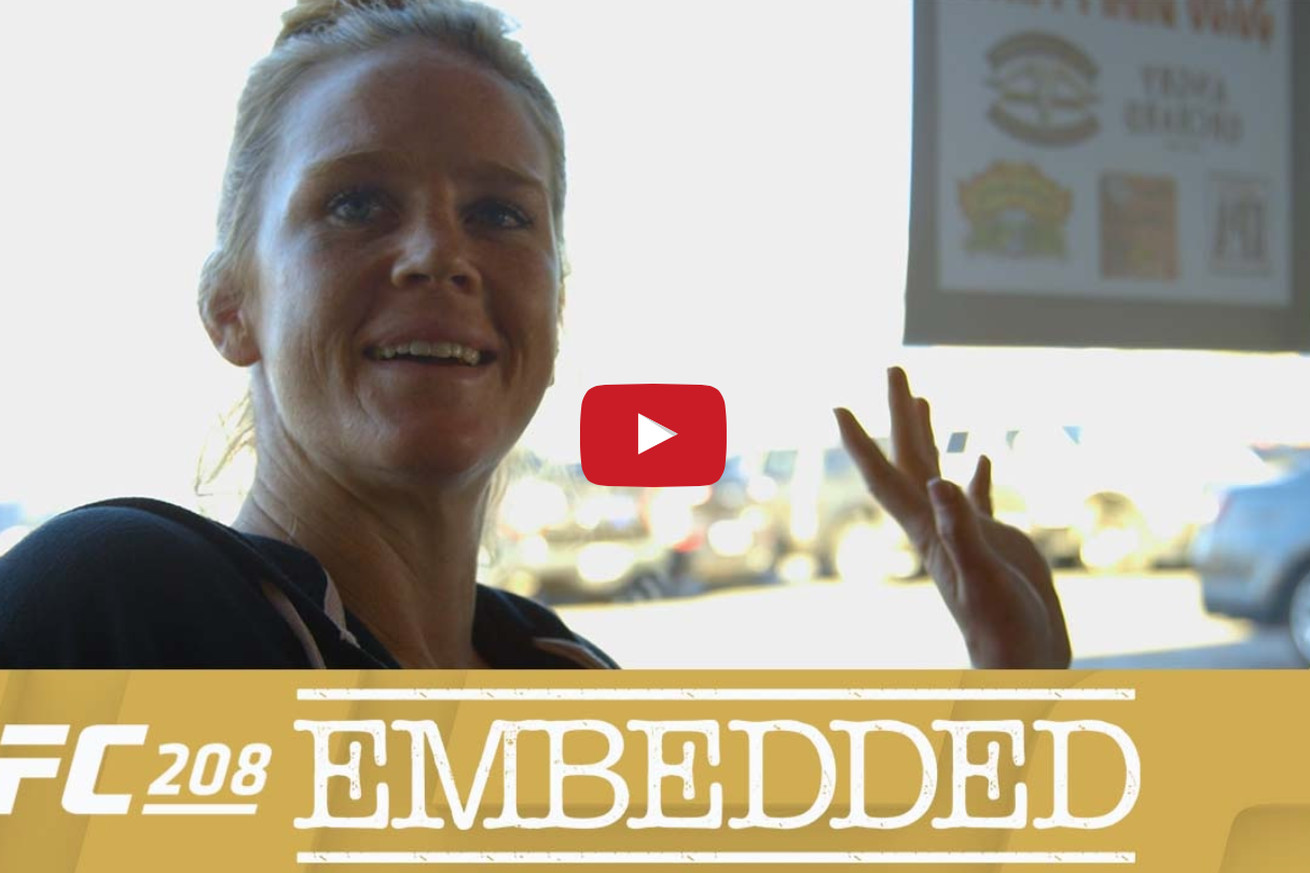 Tasked with carrying the five-round main event are Holly Holm and Germaine De Randamie, as they collide for the women’s inaugural featherweight championship. In the UFC 208 co-headliner, former middleweight champion Anderson Silva tries to get back into the win column against rugged 185-pound contender Derek Brunson.

As you might expect, all four fighters will get the “Embedded” video treatment during UFC 208 fight week, conveniently mapped out by the YouTube description below:

On Episode 2 of UFC 208 Embedded, Brazilian middleweight Jacare Souza sharpens his skills with the goal of earning a title shot, then travels to America with his teammate Anderson Silva. Headlining featherweight Holly Holm enjoys coffee with her mom, while opponent Germaine de Randamie takes in some girls’ soccer before leaving for New York. Silva’s opponent Derek Brunson continues to train in North Carolina for what promises to be the biggest fight of his life. UFC 208 Embedded is an all-access, behind-the-scenes video blog leading up to the inaugural women’s featherweight title fight taking place Saturday, Febrary 11th. See it live on Pay-Per-View and UFC.TV.

If you missed episode one rewatch it here.

MMAmania.com will deliver LIVE round-by-round, blow-by-blow coverage of the entire UFC 208 fight card on fight night, starting with the Fight Pass “Prelims” matches online, which are scheduled to begin at 6:30 p.m. ET, and then the remaining undercard balance on FOX Sports 1 at 8 p.m. ET, before the PPV main card start time at 10 p.m. ET.