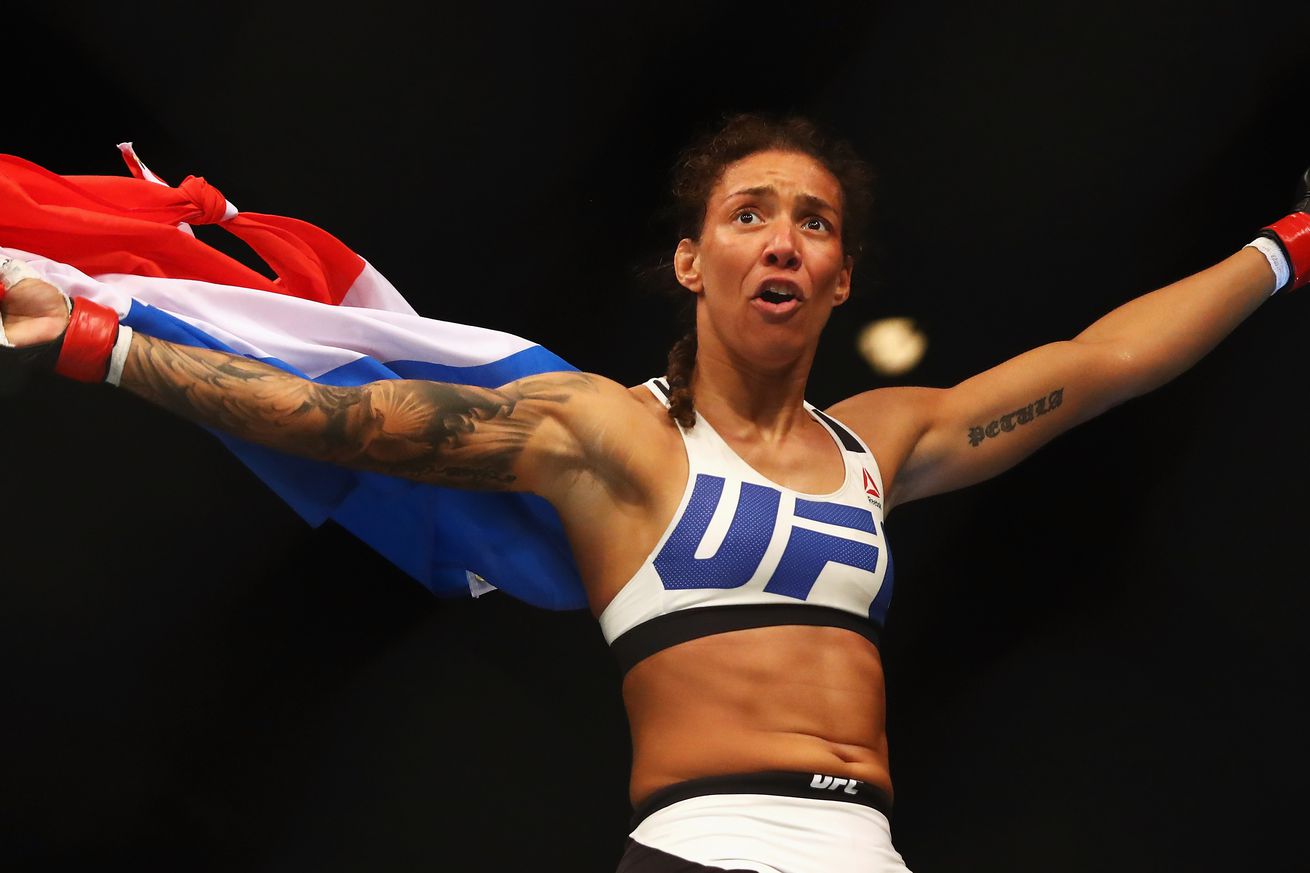 Leading the charge will be Holly Holm and Germaine De Randamie, who collide in the five-round main event for the women’s inaugural featherweight title. But will “The Preacher’s Daughter” be able to overcome “The Iron Lady?”

“She’s mixed things up,” UFC Tonight host Kenny Florian said while picking Holm to win. “Her trainers at Jacksons are excellent tactical strategists and will have the right game plan.”

“Her striking is too well rounded,” Tate said in favor of De Randamie. “She has all eight points of deadly contact. She’s going to overwhelm Holly. She’s more powerful and when she engages, the punches that land are going to count more.”

In the UFC 208 co-main event, former UFC middleweight champion Anderson Silva will try to get back into the win column at the expense of top division contender Derek Brunson. Not surprisingly, both “KenFlo” and “Cupcake” were unanimous in their pick of “The Spider.”

“Brunson has been getting away from his wrestling roots and that concerns me,” Florian said. “The better path is for him to look for those takedowns against Silva. He looked wild against Robert Whittaker. If he does that against Anderson Silva, the best counterstriker ever, that could be bad.”

Unless, of course, this scouting report is correct.

“I believe Anderson Silva still has it,” Tate insisted. “He still has some of the best head movement in the game. I’m not a fan of someone putting their back against the cage, but in this spot I like it because there’s less real estate for the wrestler and his counter wrestling is phenomenal. He can utilize his counter striking.”

We’ll find out this Saturday night.

MMAmania.com will deliver LIVE round-by-round, blow-by-blow coverage of the entire UFC 208 fight card on fight night (click here), starting with the Fight Pass “Prelims” matches online, which are scheduled to begin at 6:30 p.m. ET, and then the remaining undercard balance on FOX Sports 1 at 8 p.m. ET, before the PPV main card start time at 10 p.m. ET.