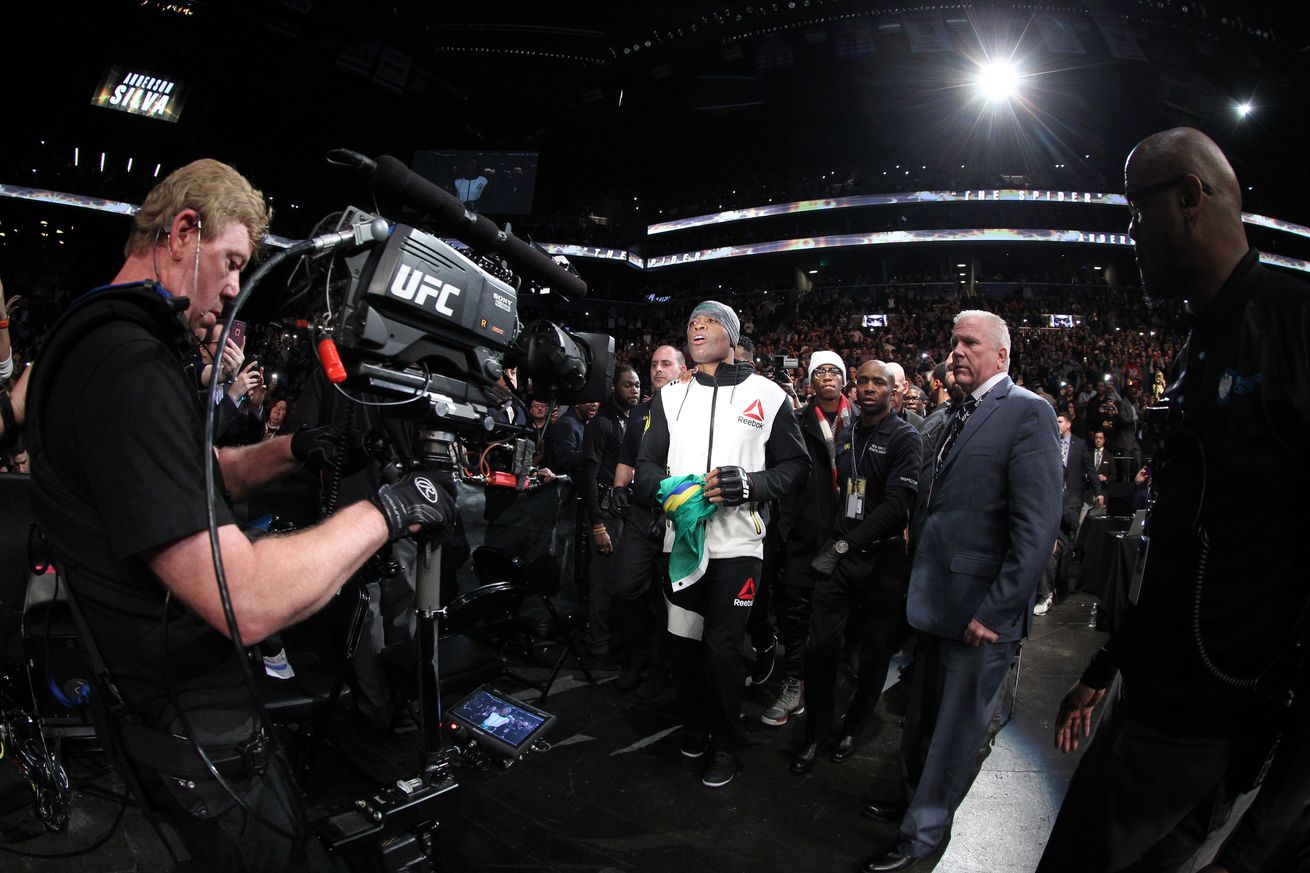 Mission accomplished, as “The Spider” coasted to a unanimous decision win over an uninspired Brunson at the ripe old age of 41.

Brunson — winner of five of his last six bouts, including four finishes — inched toward Silva to start the match, who didn’t seem to want to budge from the center of the Octagon. He connected with a low kick that appeared to get Silva’s feet finally moving forward. At the two-minute mark, Silva opened up, chasing Brunson around the cage with a barrage of punches that ultimately missed their marks. Brunson pushed forward with a lead right hand and then began to land a few more in a flurry as Silva eventually was able to circle out of danger. With 30 seconds remaining, Silva appeared to get impatient and once again chased Brunson around the cage, missing with a flying knee and falling to the canvas. He cornered him and threw two kicks, but Brunson shook his head in disapproval moments before landing several solid uppercuts in the clinch before the round came to a close.

Brunson started the second round looking for a takedown, but Silva was able to sprawl and keep the fight upright. Silva circled, switching stances, and cracked Brunson with a solid right hook. Silva continued to push the pace, which Brunson used to score his first takedown of the fight. Silva, however, got right back to his feet as the two jockeyed for position along the cage. Brunson attempted another takedown at the 90-second mark, but once again Silva was able to defend easily. It was a rather pedestrian round until Silva started to showboat a little, cornering Brunson along the cage and landing a hard kick to the mid-section moments before it ended.

Brunson’s corner warned him between rounds that he was giving Silva too much respect, perhaps code for “get aggressive because you are losing this fight.” He was more than willing to oblige, attempting takedowns straight out of the gate. However, Silva defended and the pair stood toe-to-toe in the center of the Octagon. Brunson landed a nice knee in the clinch and a straight right hand, but it did nothing to slow Silva. Brunson landed a few short uppercuts in the clinch, again, which Silva did not feel the need to defend … again. Brunson slammed home a jab that forced Silva up against the cage, which is where he was finally able to secure a takedown. Unfortunately for him, he was unable to do anything with the dominant position, while Silva was able to land two hard elbows.

Indeed, it was a case of way too little way too late, as Silva was able to secure a unanimous decision win and get back in the win column for the first time since 2012. Better late than never again.

For complete results from UFC 208: “Holm vs. de Randamie,” including play-by-play updates, click here and here.