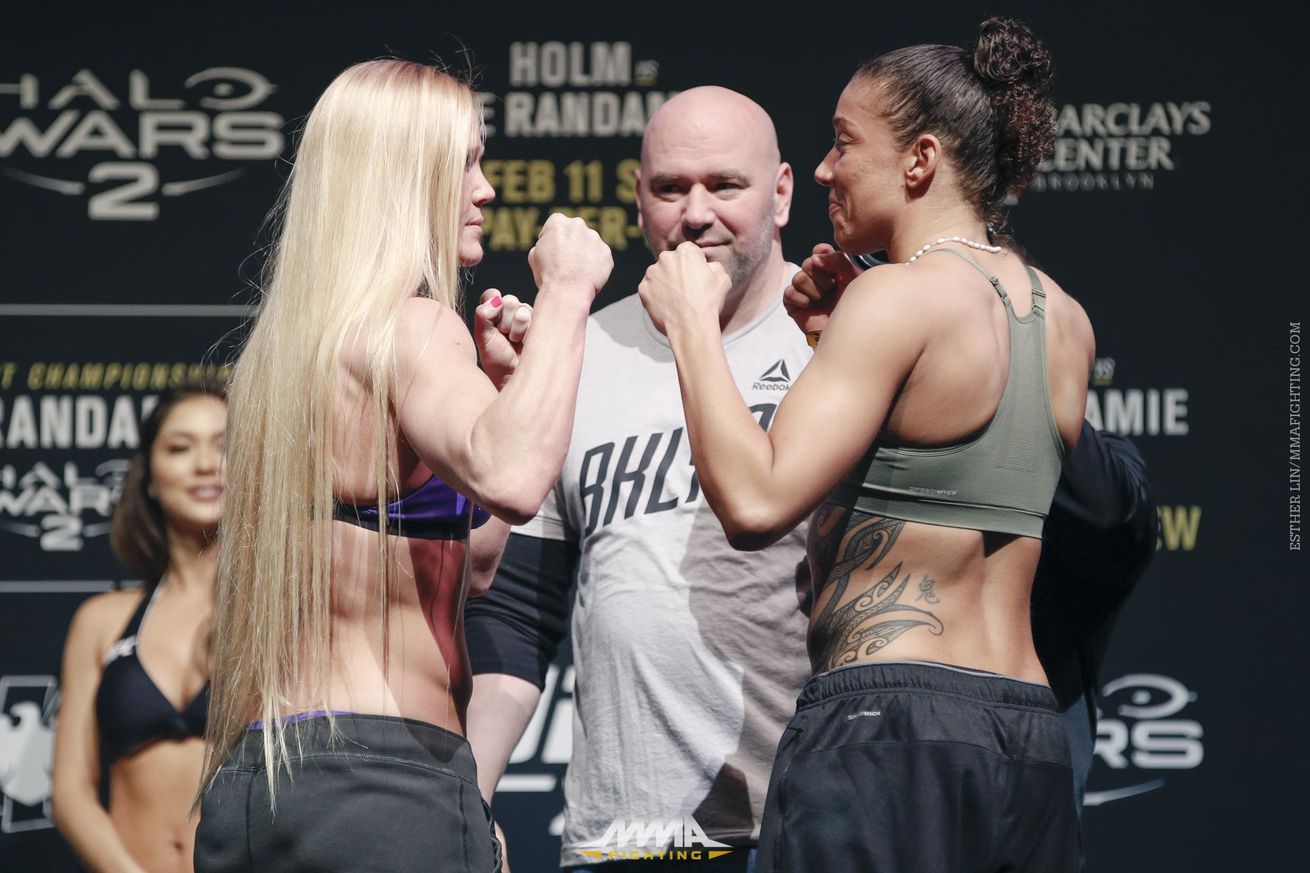 MMA Fighting has UFC 208 results for the Holm vs. de Randamie fight card Feb. 11, plus live coverage from Brooklyn, live blogs for the main card, and live UFC 208 Twitter updates.

In the main event, former UFC bantamweight champion Holly Holm will try to capture the inaugural UFC featherweight title when she squares off against Germaine de Randamie.

Former UFC middleweight champion Anderson Silva looks for his first win since UFC 153 when he squares off against Derek Brunson in the co-main event.

Check out the UFC 208 results below.