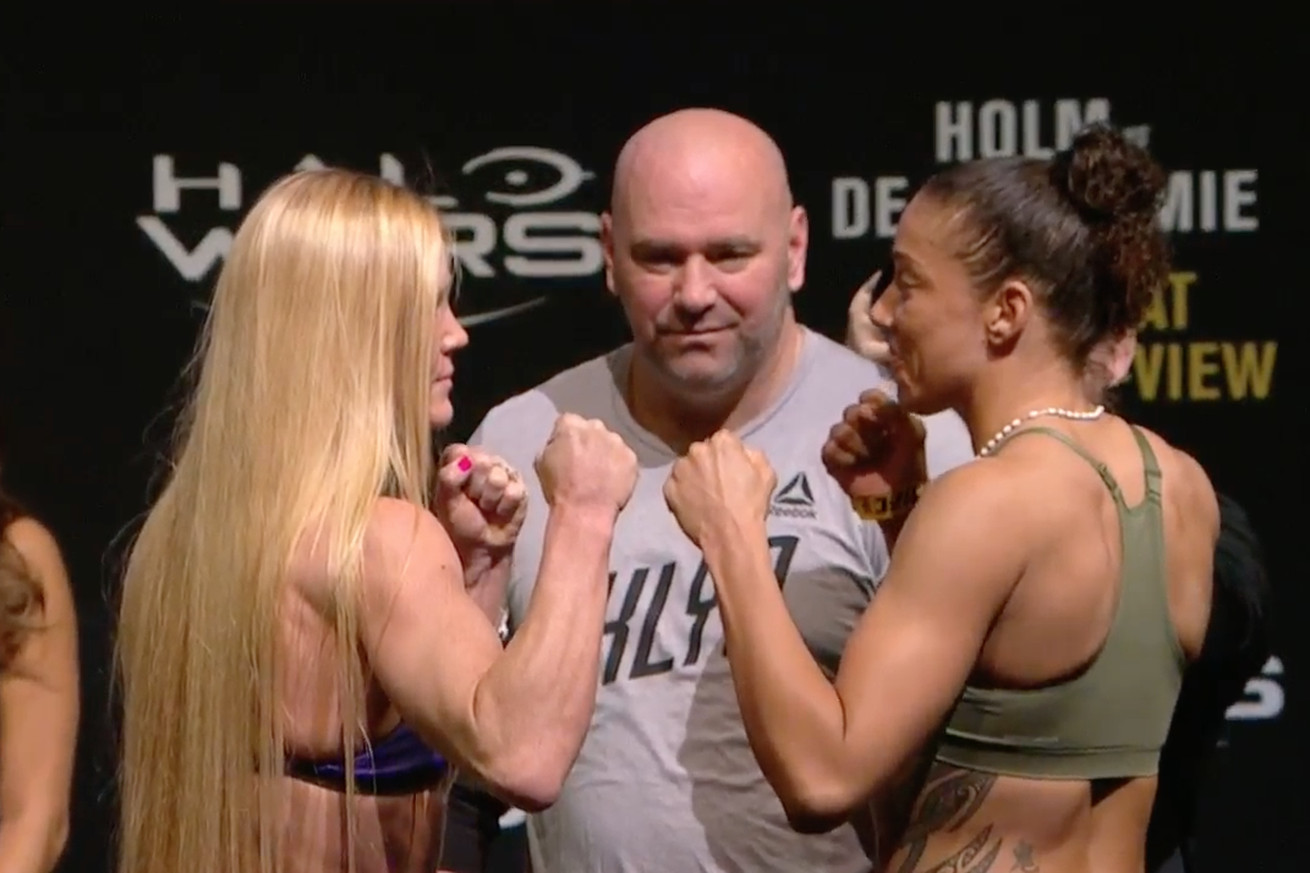 The promotion’s latest mixed martial arts (MMA) event will be headlined by Holly Holm and Germaine De Randamie, as they collide for the women’s inaugural featherweight championship.

Watch them face off below:

First ever women’s featherweight champ! @HollyHolm or @IronLadyMMA? Find out at #UFC208! pic.twitter.com/ULt1U23zJ9

In the UFC 208 co-headliner, former middleweight champion Anderson Silva tries to get back into the win column for the first time since 2012 against rugged 185-pound contender Derek Brunson.

Watch them bump bridges below:

MMAmania.com will deliver LIVE round-by-round, blow-by-blow coverage of the entire UFC 208 fight card on fight night (click here), starting with the Fight Pass “Prelims” matches online, which are scheduled to begin at 7 p.m. ET, and then the remaining undercard balance on FOX Sports 1 at 8 p.m. ET, before the main card start time at 10 p.m. ET on PPV.