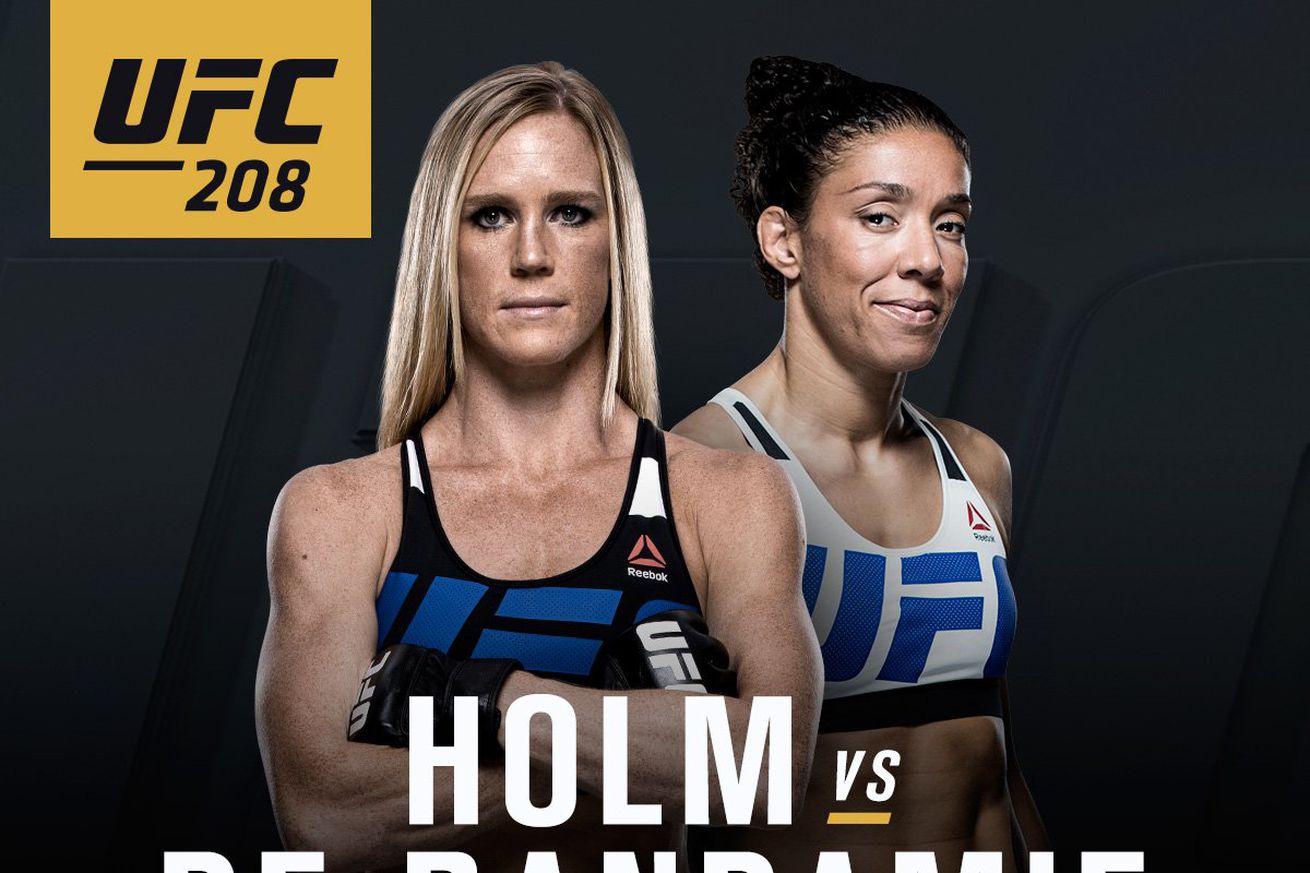 Ultimate Fighting Championship (UFC) Fight Club members and Newsletter subscribers will be able to scoop up tickets prior to them being available for public consumption thanks to a pair of separate pre-sales set for tomorrow (Weds., Dec. 14) at 12 p.m. ET and Thursday (Dec. 15) at 10 a.m. ET (Password = CHAMP), respectively.

UFC 208 will feature the return of former women’s Bantamweight champion, Holly Holm, who will attempt to make history as the first-ever two-weight female champion in UFC history when she battles Germaine de Randamie for the promotion’s inaugural Featherweight title (details). In addition, a Light Heavyweight showdown between Glover Teixeira vs. Jared Cannonier is expected to take place, as well as a Flyweight fight between Wilson Reis vs. Ulka Sasaki.

Featherweight champion, Jose Aldo, speculated that he would battle interim 145-pound titleholder, Max Holloway, at the event, too, but “Blessed” wants the Brazilian to get his “brain checked” before he believes it. Perhaps that is the reason UFC has yet to brand UFC 208: “Holm vs. de Randamie” in its initial promotional effort.

Regardless, UFC 208’s main event, as well as the rest of the pay-per-view (PPV) and “Prelims” undercard line up, should be determined / revealed shortly.