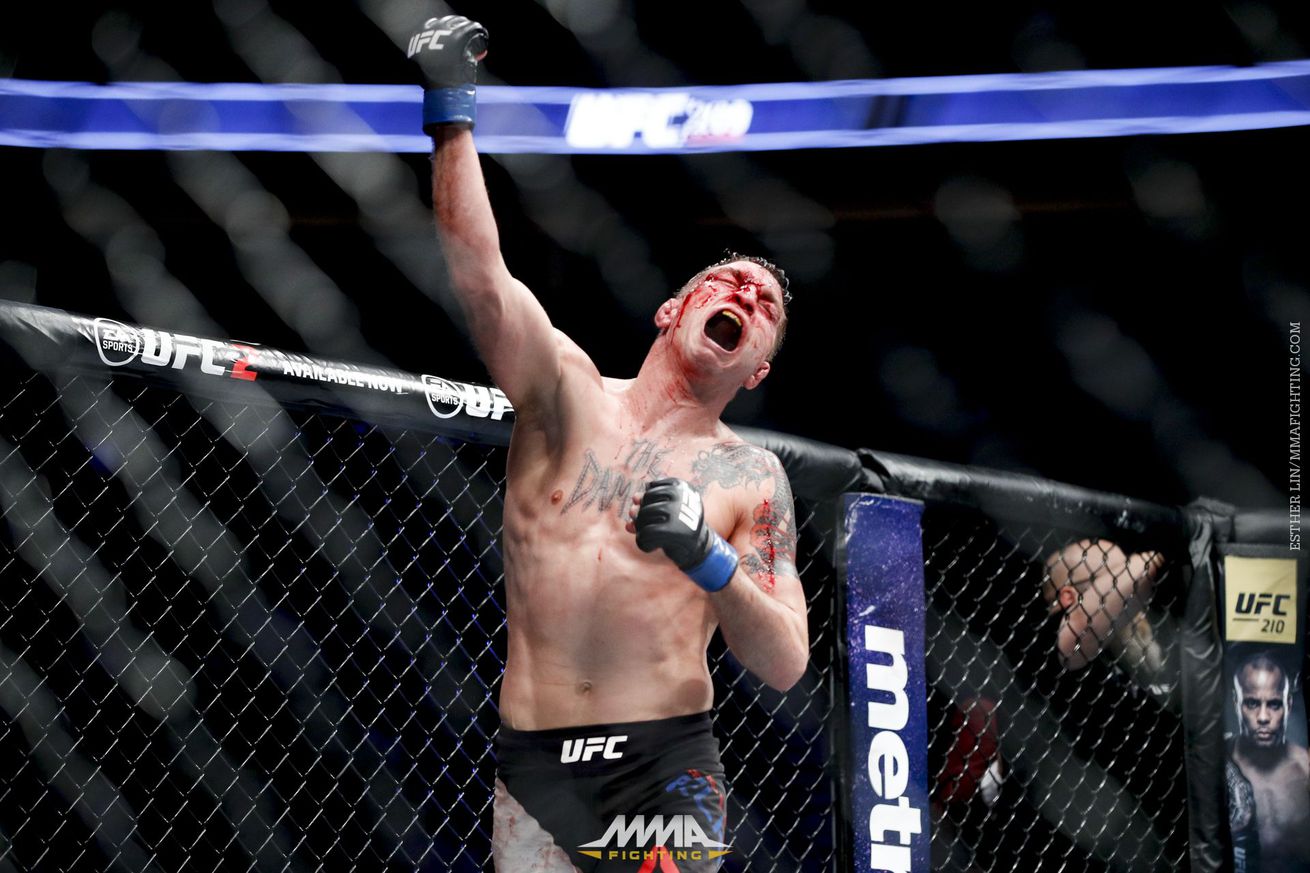 Following UFC 209, the UFC announced that Elkins and Alcantara had each won Performance of the Night bonuses for their wild bouts on the FOX Sports 1 preliminary card.

Elkins was on his way to lose a decision to talented prospect Mirsad Bektic when the Team Alpha Male prospect clipped Bektic with a series of knees and punches that sent him head first to the canvas. Elkins won the fight midway through the third round after getting dominated in both the grappling and striking department for the majority of the fight. With this victory, Elkins is now on a four-fight win streak and 22-5 as a professional fighter.

In the bantamweight division, Alcantara fought another prospect in Luke Sanders. The Brazilian came close in losing the fight in the first round, as Sanders landed many shots from the top of the turtle position that had the referee coming close to stopping the action. Things looked rough for Alcantara, as the momentum seemed to be completely on Sanders side, but the 36-year-old veteran was able to make the best out of a scramble, locking up a slick knee bar in the second round. The bonus marks the third consecutive Fight Night award for Alcantara.

Additionally, exciting strikers David Teymur and Lando Vannata earned the Fight of the Night award after a three-round war. Both lightweights will be taking home an extra $50,000. Vannata had very good moments in the fight, but it was Teymur who ultimately did enough on the feet to earn a unanimous decision victory.

With this result, Teymur remained undefeated in the UFC with three straight victories, while Vannata dropped to 1-2 since joining the UFC roster last July.