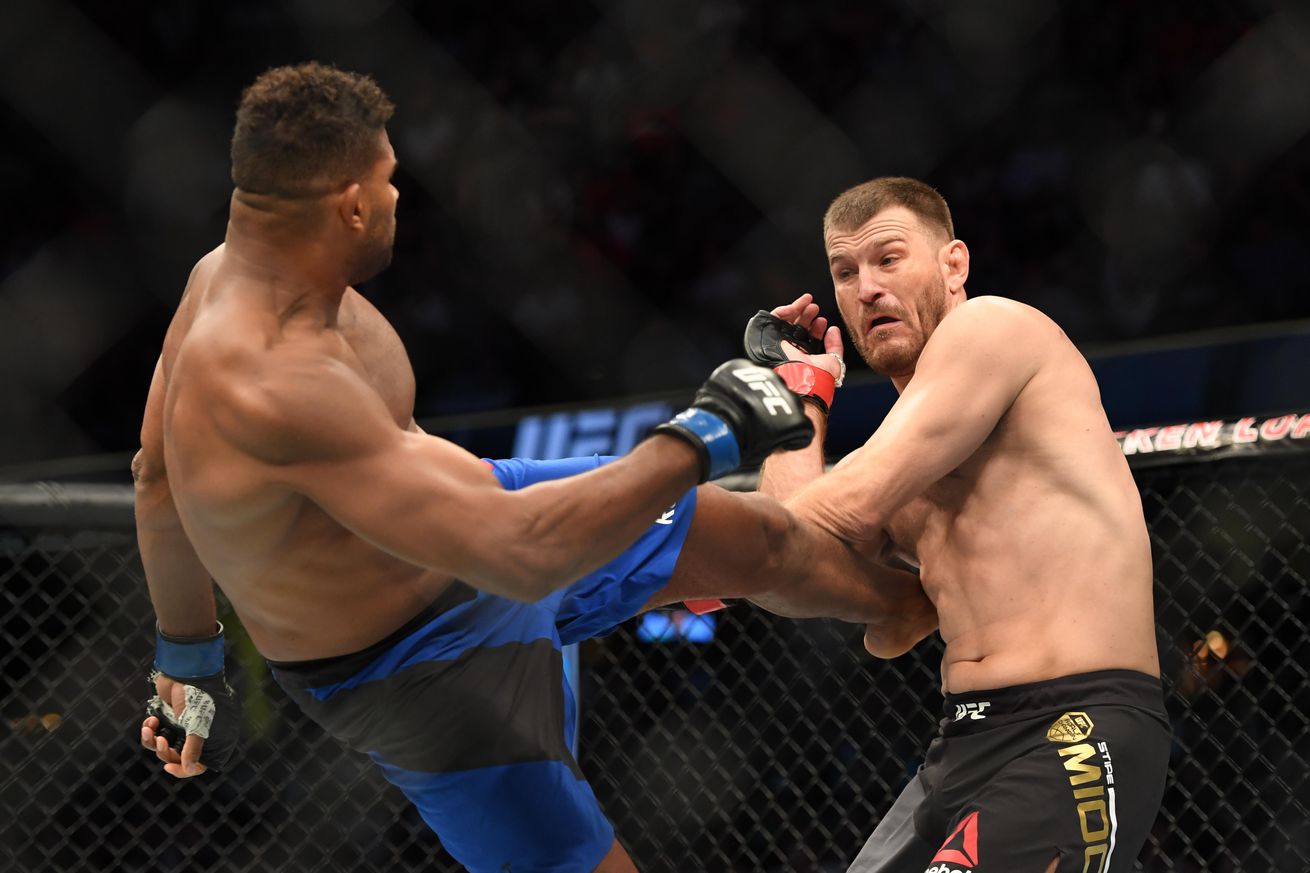 The start of Overeem’s UFC career did not go as intended. Between a handful of knockout losses and a suspension, “The Reem” seemed to be on his way out of the organization. However, a switch of camps and styles revitalized Overeem, allowing him to put together four big wins and earn a title shot.

Unfortunately for the Dutchman, he came up short.

Meanwhile, Hunt has spent the better part of the last year ranting, raving and suing about his loss to Brock Lesnar, which was overturned because of a failed drug test. His future was uncertain, as Hunt seemed to have little interest in returning to competition, but he nevertheless will appear inside the Octagon on Saturday night.

Let’s take a closer look at the keys to victory for both men:

In this match up, Overeem’s new style should be hugely effective. In short, Overeem strikes almost entirely from the outside, where he can dig hard kicks or lunge in with a big punch, or from in the clinch, an area in which he can devastate with knees.

On the other hand, Hunt is at his best in the pocket. By denying his opponent that range, Overeem should be able to pick apart a devastating striker with relative ease. In particular, Overeem could make great use of low kicks, which have troubled Hunt in the past.

Overeem’s height and reach advantage will be truly difficult to overcome.

If Hunt really tries to force the issue, Overeem can close the distance into the clinch or look for one of his sneaky takedowns. Hunt will not be quite as easy to submit as their initial bout, but that’s still a viable path to victory for “The Reem.”

This is not at all an easy fight for Hunt. From a purely stylistic perspective, Overeem has the ability to deny Hunt’s preferred range and punish him severely for attempting to find it. Luckily, Hunt has a pair of major factors in his favor.

Both men undoubtedly hit hard enough to melt just about anyone, but Hunt’s durability could prove to be the deciding factor. If necessary, Hunt is more than willing to take a shot to land one, and in this bout, that definitely favors him.

To give himself the best chance at success, Hunt should stalk Overeem and look to trap him along the fence. Once there, Hunt needs to bite down and throw immediately, doing his best to either land the knockout blow or force Overeem to exhaust himself.

Bottom Line: The winner will return to the title mix.

Overeem came pretty damn close to capturing the Heavyweight crown. Despite his long career and the wear on his body, Overeem genuinely looked better than ever — 300-pounds-of-muscle-in-Japan version aside — and could quickly make a return to that level. It is Heavyweight after all, where a couple big knockouts quickly result in a title opportunity.

With that in mind, a loss would be a considerable setback. Currently a Top 5-ranked fighter, Overeem would slip down the ranks a bit and need more time to rebuild his momentum. About 70 professional fights and a dozen knockout losses into his career, Overeem may not have that much time.

Meanwhile, Hunt’s situation is pretty bizarre. He hasn’t scored a particularly significant victory in quite some time, but he also hasn’t lost to any foe less than a champion in recent years. In short, that means this performance is hugely important.

Should Hunt win, he’s right back in the title mix and will likely receive a title eliminator match up next. If not, Hunt is back at the bottom of the Top 10 and already close to retirement, leaving his fighting future uncertain.

At UFC 209, Alistair Overeem and Mark Hunt will open the main card with a rematch nearly 10 years in the making. Which man will have his hand raised?