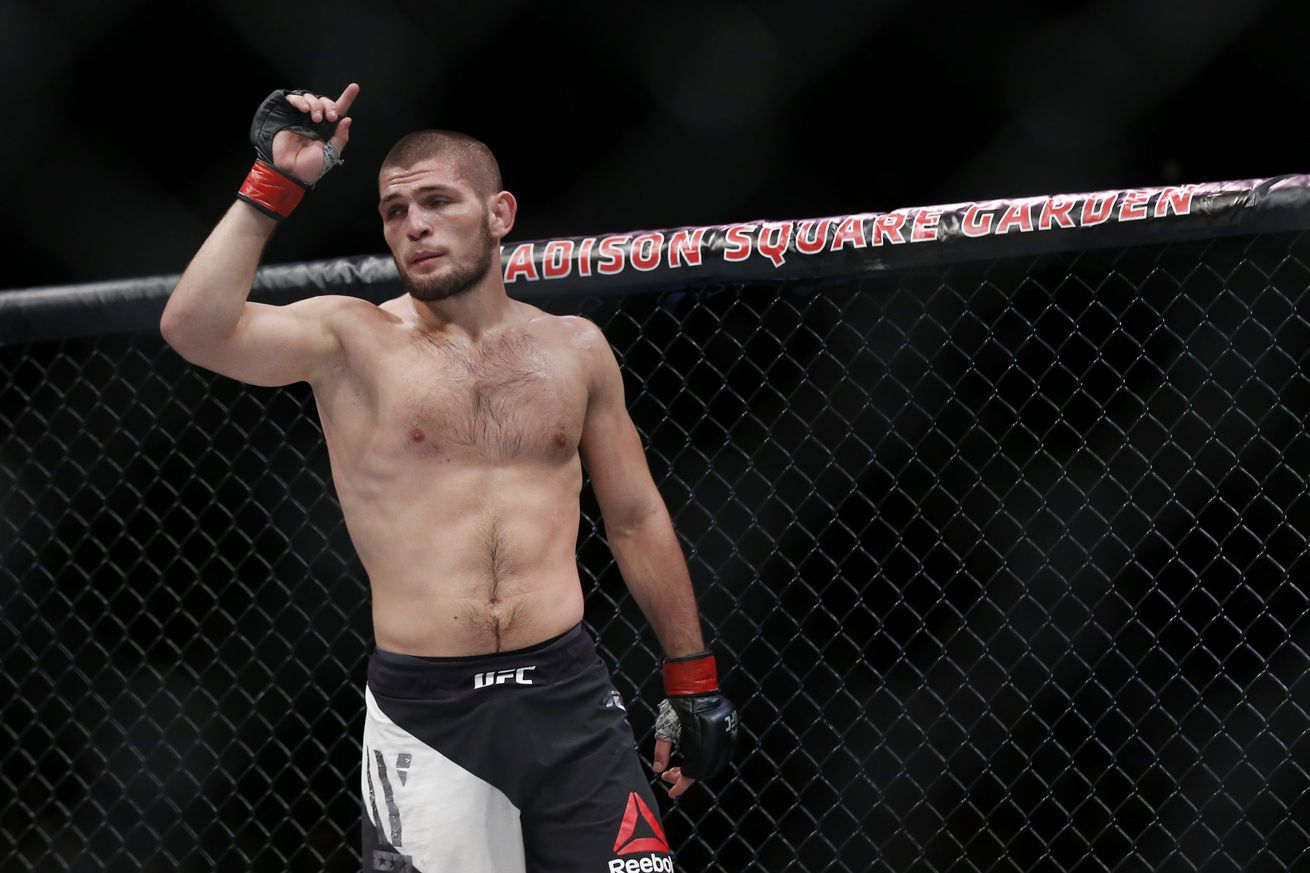 A few days before the biggest fight of his mixed martial arts (MMA) career against Tony Ferguson for the interim Lightweight title at this weekend’s (Sat., March 4, 2017) UFC 209 pay-per-view (PPV) event in Las Vegas, Nevada (details), the last thing Khabib Nurmagomedov is thinking about is retirement.

His father, Abdulmanap Nurmaomedov, however, is telling the world that his son (28) will be wrapping up his career in a little under two years if he has any say in the matter.

“I don’t want to upset any fans but Khabib is 28 years old and by 30 he has to finish his career,” Abdulmanap explained to Life.ru as translated by Egemen Birben via Bloody Elbow. “I’ve never voiced this opinion before, didn’t talk about it to anyone. But I’m afraid he’s got left 1.5 years.”

For the elder Nurmagomedov, it’s all about preserving his son’s health.

“I want him as a healthy, thinking person. I want him to develop other fighters. In such a big sport, a career between 24-30 years old is enough.”

Khabib’s father has long been an important figure in “The Eagle’s” career, but there’s no telling if Khabib shares the same sentiment. Nevertheless, Khabib — who is still undefeated (24-0, 8-0 UFC) —has plenty of things he’d like to accomplish before he walks away from the fight game.

Chief among his “things to do” list is taking out “El Cucuy” en route to earning a title-unification fight against current 155-pound champion Conor McGregor.

Anyone think “The Eagle’s” days inside the Octagon are numbered as his father suggests?